888poker sits down with new ambassador Chris Moorman for an in-depth interview. Find out why Moorman has teamed up and what the plans are for the future. 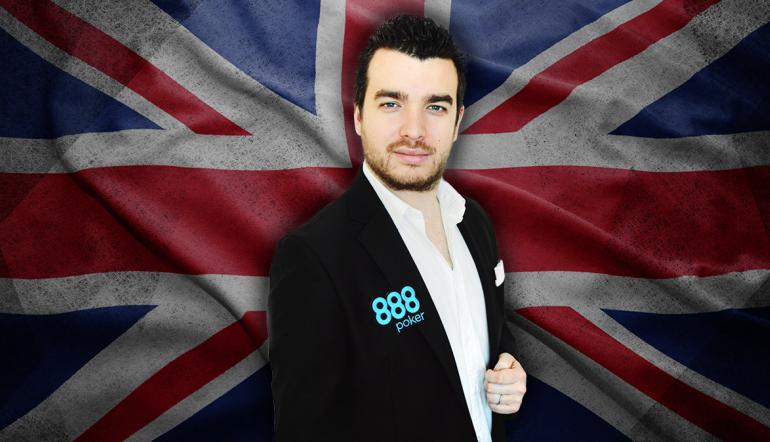 June 9 2016
888news
One year ago to the day that Dominik Nitsche was signed to our team of pros, we are announcing another blockbuster signing. Chris Moorman, online poker's most accomplished tournament player, is officially a member of Team 888poker and will represent the site at both live and online events, including the 2016 World Series of Poker.
"888 is doing big things and really is working hard to expand their reach in poker," says Moorman, who will play under the new screenname '888moorman.' "Things like sponsoring the WSOP and the Super High Roller Bowl have shown they are committed to their growth of the brand, and I can’t wait to see what they have coming up in the future."

A Formidable Stable of Players

Moorman joins a team that includes notable players such as Dominik Nitsche, Kara Scott and Sofia Lövgren, just to name a few. It's company he's happy to keep.
"They are all great players and ambassadors of the game," says Moorman. "Also they all gave me such a warm welcome to the team, and I am excited to represent the site alongside them. Dominik is one of the best players in the world; to have won three bracelets at his age is an incredible achievement. I’ve known Kara for a long time, and she does an incredible job presenting and is a great poker player as well."
Coincidentally, Moorman's signing come a few months after he topped a field of 777 entries to win the 888 Sunday Challenge for $18,840, which vaulted him above the $13 million mark in online tournament earnings. It also marked Moorman's second-biggest score on 888poker as he won the same event on December 20, 2015, for $19,720.

Some other 888poker highlights for Moorman, who previously played under the handle "WhatWudJSay," include the following:
However, Moorman reveals his favourite 888poker tournament is the Crocodile. He has won the event a couple of times to complete online poker's Triple Crown, which is when a player wins three different tournaments on three different poker networks over the course of any seven-day period. Something he's done a record 25 times!
Moorman is also a big fan of the 888poker XL Series.
"I really like the variety of buy-ins and different formats of no limit tournaments," he explains. "My favourite one was the $2,000 High Roller, which had a great structure and a large field."
As for his biggest online cash ever, that came in 2011 when he finished third in a major site's special $1,000 Monday event for $235,592. Moorman has three other six-figure scores on his poker résumé.
"888poker has a good amount of play at the final tables, which is important when there are big money jumps on the line," says Moorman. "There are a good variety of buy-ins and field sizes are great as well. I think the player pool appreciates the well-structured tournaments on 888poker. Recently, in online poker, the schedules have been infused with turbo tournaments and most of the tournaments on 888poker are regular speed, rather than turbo, which allows you to actually get to play proper poker instead of watching all-ins every five seconds!"

Moorman, who is just over a year removed from releasing his first book, Moorman's Book of Poker by D&B Publishing, is now in Las Vegas for the 2016 WSOP. This autumn he will play his first 888Live event at Aspers in London.
"My plans for this summer are to win a bracelet," Moorman reveals. "In all seriousness, though, something like that you can’t predict. I just want to play my absolute best, and hopefully, good things will happen. I will be in most of the No Limit events and some of the PLO as well."
To keep track of Moorman's progress as he represents 888poker on the felt, follow him on Twitter @Moorman1. You'll also want to be sure to subscribe to his Twitch channel.
"Now that I am an 888poker Team Pro, I will start streaming some final tables on Twitch," he concludes. "I look forward to interacting with the players as a representative of the site."
Chris Moorman
888poker Ambassadors
About the Author
By
Chad Holloway

Chad Holloway is a 2013 WSOP Bracelet winner who has previously worked for PokerNews as a managing editor and live reporter
Related Content
888poker Millions Superstorm Is Back with $8 Million in Guarantees!

888poker Brings Back Millions Superstorm with $8M in GTDs

How Early Bird Rakeback Rakes in the Dough in PKOs!

Sunday Sale Is a Resounding Success with Poker and Live Stream Action!

Discover the Key to Winning Consistently in PKO Poker Games! 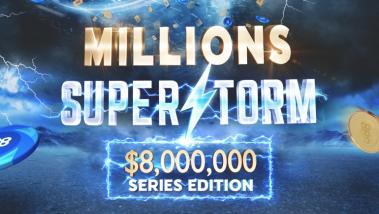 888poker Millions Superstorm Is Back with $8 Million in Guarantees! 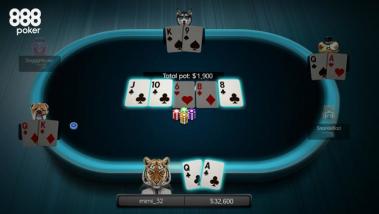 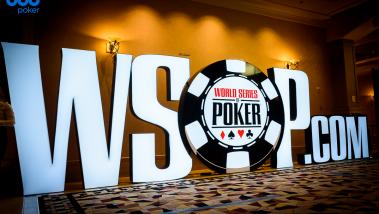