Learning, Emotions, and Balance in Poker 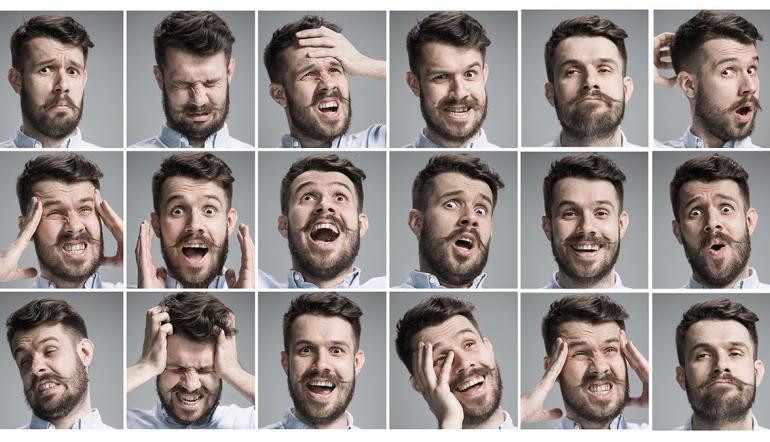 In the summer, Andrew Barber cashed in six World Series of Poker (WSOP) events culminating in a groundbreaking personal triumph: He defeated 204 entrants in the highly competitive $10,000 H.O.R.S.E Championship for $517,766.

Shortly before winning that considerable chunk of change, Barber was fortunate enough to share a table, in an earlier event, with a few members of the meta-charity Raising for Effective Giving (REG). Barber liked what he heard. He pledged to donate 2% of his cashes to effective charities. He has since made a lot of poorer people happier as a result.

Speaking on the REG website after his win, Barber said that he won much more than money during his summer in Sin City.

“I feel like I won a voice,” wrote Barber.

How did you start playing poker?

“Like many people my age (32), the online poker boom was going on while I was in college. I was fortunate to have some really smart friends that invited me to home games, and we would discuss strategy. On a side note, these are poker’s roots – playing and learning a new game with a group of friends – and I’d love to see us get back to that.”

When did you make the decision to become professional and why?

“It was not much of a choice; my hand was forced. I lost my job shortly after moving across the country, and I really didn’t want to move home. Thankfully, poker is huge here in California, so between live and online I was able to transition from my career as an engineer.”

“I’ve always played a hybrid, but I think I prefer online unless I really enjoy the people at the table.”

What did you struggle with in the early days?

“The work/life balance was a struggle. I played 50 hours/week for 2 years. It wasn’t healthy.”

What were your strengths?

“Never being afraid to try new things. I started with SNGs, added MTTs; played some live Limit and No-Limit Hold'em. And then finally, discovered Omaha Hi-Lo and the other mixed games. I thought about the game a lot and wrote those ideas down and discussed them with others.”

Talk about your mode of learning?

“I’m lucky in that I think that I have acquired skills from listening to other players, watching other players, reading forum posts, and trial and error myself. I think it’s important everyone tries as many techniques as possible to see what works.”

Talk about the work/life balance?

“I alluded to this earlier, but it’s really hard to maintain a skewed balance between work and life. I did it for 2 years, but I paid the price. I was unhealthy, I wasn’t seeing friends, I wasn’t developing my mind as much as I would’ve liked. Ultimately, I think a lack of balance eventually permeates the rest of your life. A great way to counteract this with poker is to set playing time intervals, regardless of results.”

In poker, money is fuel. A lot of people struggle with money issues for a wide variety of reasons. What advice would you give beginners in terms of handling money?

“Some people will say to make one deposit and just move up or down stakes depending on how you do. I think this advice is terrible because it doesn’t make sense to play $0.01/$0.02 if you have a stable income, and you want to get better. To me, a better approach is to set aside a portion of your budget for leisure with some portion of that being “poker money”. Use this to play any stakes you feel comfortable playing, but don’t go over this amount. In an ideal world, these deposits will become less frequent.”

Talk about emotions in poker.

“Any emotion, positive or negative, is likely a hindrance. If the goal is to play the game perfectly, anything that detracts from that goal is a bad thing, and I would argue that emotions are the number one reason players deviate from their A-game.”

What three things would you advise beginners to focus on if they want to become better at poker?

What books would you suggest people read if they want to become good at poker?

“Sklansky’s “Theory of Poker” is a must-read if you’re getting started. What to read next is completely person-dependent. Tommy Angelo is becoming widely recognized as the best 'poker author, who doesn’t write about poker,' so I’d recommend his “Elements of Poker.”

What other resources, apps, and gadgets would you suggest aspiring poker players purchase to improve their game?

“Pick up a Moleskin (or some other notebook) and write down thoughts you have or hands you’ve played. People who keep journals tend to be more successful, and I have to believe this carries over to poker. If you play live, I’d consider investing in a session tracking app. There are tons of them.”

Are there any podcasts or documentaries that you suggest poker players should watch or listen to?

“I don’t know if there is any podcast or documentary related to poker that would prove as useful or entertaining as actually playing or studying.

The three most critical things to learn/understand/acknowledge if you are going to be a kick ass poker player.