Poker in Macau - Everything You Need to Know

Have you ever wanted to play poker in Macau? We not only explore the Macau’s poker hotspots, but also talk to three industry veterans. 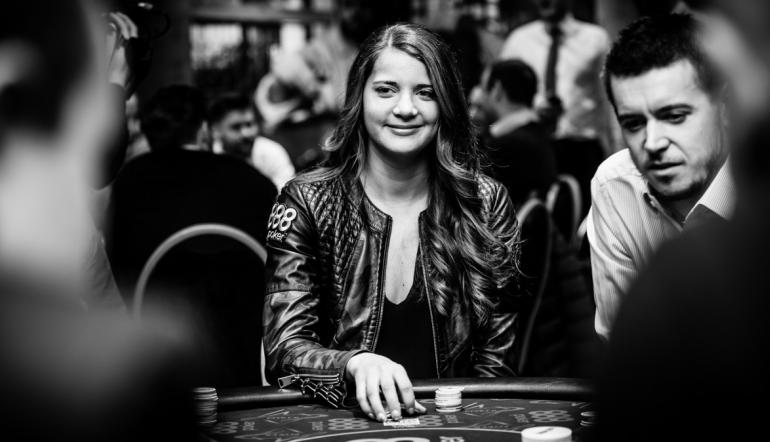 Las Vegas, Atlantic City and South Florida may be America’s gaming meccas. But, halfway around the world, Macau – a small island off the coast of the Chinese Mainland – has developed a reputation for hosting the biggest and juiciest poker games in existence in the top poker rooms in Macau.

In fact, several of poker’s biggest names, including Phil Ivey and Tom “durrrr” Dwan, have put aside other poker endeavours to give Macau their undivided attention.

In the following article, we not only explore the various poker rooms in Macau, but also talk to three poker veterans with Macau experience.

Earlier this year, 888poker Ambassador visited Macau for the first time. The Swedish pro has had her fair share of tournament success over the years, but her real bread and butter are $5/$10 and $10/$20 no-limit hold’em cash games. So, what was her impression of poker in Macau?

“My first experience playing in Macau was awesome,” she says. “Macau has a thriving poker community, and it’s exciting to see the major casinos hosting their own rooms while the different mix of players there is impressive. Compared to other venues, the ambience is always vibrant and lively. You really see a difference in the player pool. You’ll get your usual regs, but there’s always a sizable number of tourists and Chinese businessmen every weekend, so the action is always good.”

She continues: “It didn’t take long to adapt to the different customs and culture. I like all kinds of Asian food, so it was fun trying out different restaurants. Although many there speak Cantonese, I’ve been inspired to learn Mandarin. I strongly feel Asia is and will continue to be the hotbed for poker, so it will be a thrill for me to communicate in Mandarin in different countries as new poker venues pop up in the Far East. I’ve also expanded my network here in Asia, so it allows me to continue working on other business opportunities.”

Not only did Lövgren enjoy playing live in Macau – she even finished 44th in the PS Championship Main Event for $12,995 – she was excited to battle it out online while there.

“It's possible to play online poker from Macau,” she explains. “I like to play live cash games on weekdays and Saturdays and then mix it up with playing online tournaments on Sundays. It's a nice break with some variety. Lately, I have played most Sunday online tourneys from there. I like to get a massage before the grind to get in a more relaxed mood, then have a good dinner and then load up with lots of fruits and almonds before I sit down and play.” 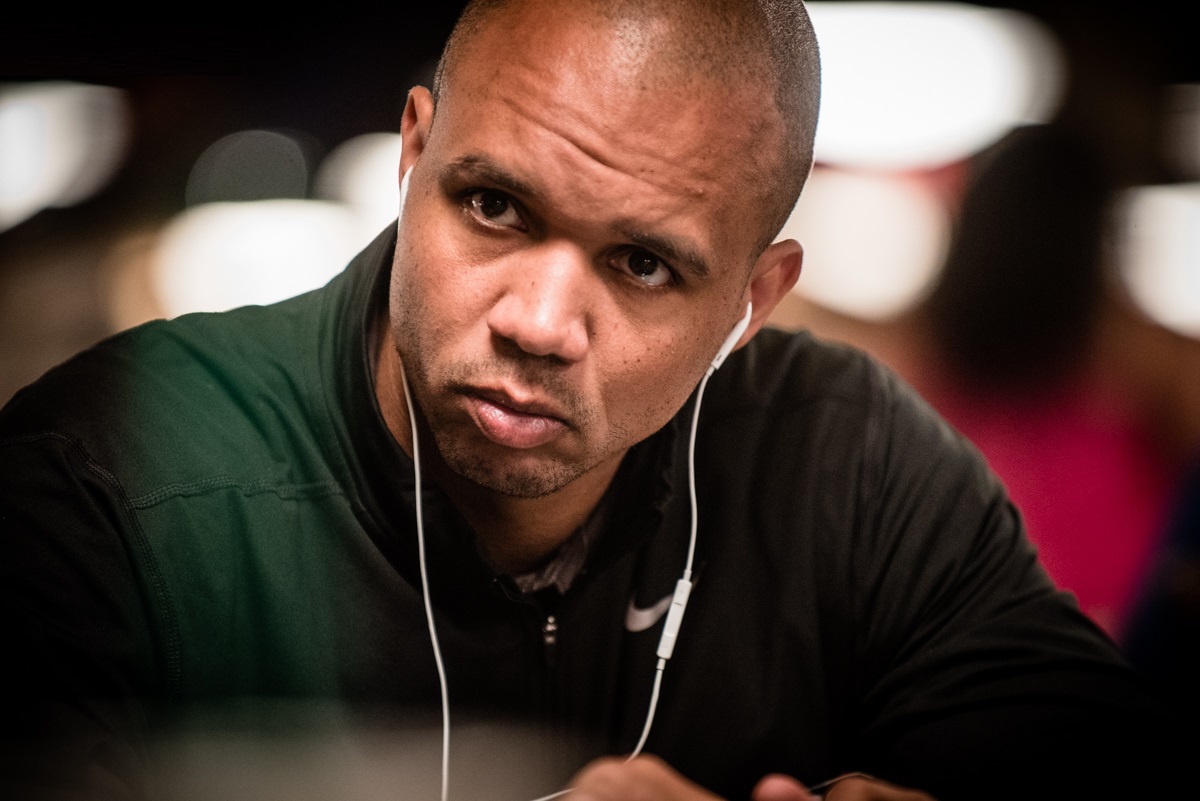 Chicago’s Bob Chow, who has more than $900,000 in live tournament earnings including $393,584 for winning the 2011 World Series of Poker Horseshoe Hammond Main Event, has been travelling to Macau since 2008 and is in a unique position to offer his perspective.

“The Macau poker scene has matured a lot since then,” he says. “I remember the first time I played on an electronic table, and basically the game was a HKD$50/$100 game which is basically about the same as $6/12 US game. I won over $28,000 in a single weekend. I remember the first time I saw Tom Dwan playing nosebleed games over there, and all the European pros would come there instead of Las Vegas.”

Indeed, in the late 2000s Macau had a reputation as home to poker’s biggest, and by many accounts easiest, high-stakes poker games. Things have changed a bit.

“Like any poker market everywhere, all the players have gotten better, and now it's just like anywhere else,” Chow continues. “I go now about once or twice a year because I have relatives and friends living in Hong Kong, and I still enjoy playing in the tournaments there. Just like everywhere else, the poker rooms have been moving around a lot. The only real place to play tournaments currently is at the poker room located in the City of Dreams Casino and Hotel. Other places to play cash is at the Wynn Macau and Venetian Macau.”

“My favourite place to play cash is Wynn. It's still the nicest room and has the most consistent games. Two different things there are the rake is much higher, and no toke is given to the dealers.”

Chow was also happy to share some wisdom with players thinking of visiting Macau for poker.

“Tips for first-time poker players -- do some research,” he says. “Hotels are usually about $100 or more a night and in a lot of ways, it is very similar to Las Vegas as everything is available to you. It's usually more fun to go with someone or even better to know someone locally. The best way to get there is to fly into Hong Kong and take a ferry over to Macau. No special visa or permits are needed to visit Hong Kong or Macau.”

“From my personal experience, the first thing one would notice is that both no-limit and pot-limit games play bigger, even at the smallest stakes,” says Beauregard. “All casinos primarily use Hong Kong Dollars for gaming, which translates to about 7.8 HKD to 1 US Dollar. When you convert that into the commonly used gaming chips of 25, 100, 500, and 1000 HKD, it equates to blind structures that are larger than those found in the US. For example, the ‘small’ chip games offered at Wynn Macau are 25/50 and 50/100. When you do the math that equates to blinds of more than $3-$6 and $6-$12, respectively.

“In addition, because of the prevalence of high-limit baccarat, the culture is accustomed to using what we would consider ‘oversized’ chips for gaming. When you have an abundance of chips in play that are the equivalent of roughly $65 (500 HKD) and $130 (1,000 HKD), the games are naturally going to play bigger. That also translated to the higher stakes, where we used 100,000 and 500,000 HKD plaques.

Beauregard also points out that there are two distinct cultural differences between games in Macau and the rest of the world.

“Culturally speaking, there is less banter at the tables in Macau, and recreational play isn’t as common,” he explains. “Finally, both Cantonese and Mandarin, as well as English, are allowed to be spoken at the poker table.”

As for how the games in Macau grew in the first place, Beauregard credits consistency with bringing players through the doors.

“From the first day, it was clear that there had to be a very consistent method to seating and starting games, especially as the stakes increased,” says Beauregard. “The considerations that sometimes surround high stakes poker in other parts of the world hadn’t yet had a chance to take hold and, when they started to develop, we had the opportunity to properly handle it from the beginning. The chance to keep high stakes poker untouched from outside influences appealed to both professional and amateur players. Because of this, those players who put in the time and effort to start games and keep them running were rewarded with good games, and that continues today.”

When asked if he had any advice for players thinking of going to Macau to play a little poker, Beauregard kept it simple: “Bear in mind that you are the visitor.”

In this section, you’ll find the top casinos to play poker in Macau, and what to expect inside these seven best venues.