888poker explores the deep history and culture of poker via these Top 8 Great Poker Interviews. Follow along to see who did and did not make the list! 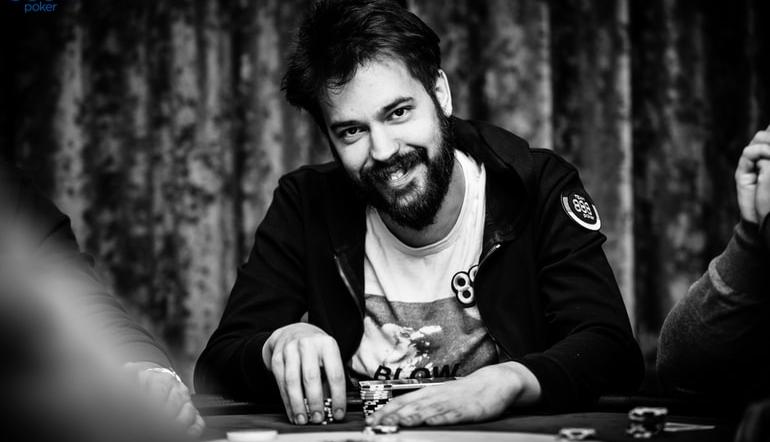 Poker has a deep history and culture, and that’s part of what makes the game so enticing. It’s a game full of colourful characters, strategies, and constant changes.

Those looking to learn more about the game have plenty of resources. Those include some great poker interviews online.

Are looking for advice on how to protect your big blind or want to learn about the days of the World Series of Poker (WSOP)? There are plenty of options.

Determining which one is the best may be impossible.

But here’s a look at some great poker interviews:

Few players have seen the evolution of poker quite like Doyle Brunson. He travelled the underground poker circuit around Texas in the 1950s and ‘60s. Continuing his journey into the game’s poker boom in the 2000s, Brunson has seen it all.

In this interview, Brunson talks extensively about those early days. Often this included dodging robbers and law enforcement. He also discusses some of his biggest wins and the earliest days of the World Series of Poker.

Quote: “These players just take it for granted that you can go into a protected environment like a casino. I was on the bad end of robberies at least five different times in my life.”

In this interview, the high stakes and online poker legend offers some insight into life at the virtual tables during the poker boom. That includes how Dwan got into poker, life experiences, and his mindset on the game.

A highlight shows Dwan reflecting on how he turned $50 into $15,000 as a high school teenager. By the end of the summer that year, he’d turned that into $30,000 and was soon leaving college behind. He never looked back.

Quote: “I wanted to get a Jersey Shore house with some of my buddies for a week.”

This excellent interview offers some nice history and strategy angles. Negreanu also focuses on how he adjusted his game to the growing number of online poker players.

At one time, Negreanu was the new kid on the block and recognises younger players may be advancing the game. He notes that he continues to study these new strategies, and it has helped his game.

Negreanu engaged in a well-publicised high stakes heads-up battle with Doug Polk in 2020-21. He’s always been a proponent of regulated, real money online poker as the industry s biggest name.

?Quote: “If you stay stagnant and don’t continue to improve, other people pass you by.”

When it comes to deep poker thinking, not many are as analytical as Team 888poker ambassador Dominik Nitsche. At the 2019 World Series of Poker $100,000 High Roller, he spoke about preparing to face some of the best in the world.

In this video, Nitsche also takes a look at a big hand against Poker Hall of Famer and frequent high roller player Erik Seidel. Viewers also get some insight into the high roller poker scene and what it’s like to play at such enormous stakes.

The late poker legend and former World Poker Tour commentator offers some advice on a touchy topic  -
Many players who come into some big winnings might have a problem with holding on to their cash.

With plenty of surprisingly good spirit and humour, Sexton details the pitfalls that can come with money.

Sexton details how many players can learn from his shortcomings - from multi-million-dollar home purchases to massive sports betting losses.

Luckily, Sexton changed his ways when he became a father at age 60.

It’s quite an interesting interview with a player pulling back the curtain on his own financial struggles.

What interview article would be complete without some questions for the 15-time World Series of Poker bracelet winner? While Hellmuth gets plenty of needling, he loves poker and attracts plenty of fans to follow his antics.

This interview offers strategy advice from the Poker Brat and some of his views on business, and a look back at his early days. It’s an intriguing look into a player who’s meant so much to the game.

While he may grant an interview now and again, in-depth conversations with Ivey aren’t common. In this 2020 interview with poker pro, Barry Greenstein, Ivey talks about his love of the game and his return to poker over the last couple of years.

He also discusses a smidgen of his life outside poker, including restaurant investments and work in the music industry.

Quote: “The passion for playing is coming back now because I’m more appreciative and grateful when I’m playing.”

Ever wonder what it's like to be a poker broadcaster and what goes into the job? In this short interview, players and fans get a behind-the-scenes look at Team 888poker’s Kara Scott’s role in broadcasting the World Series of Poker.

Poker Hall of Famer and legendary poker producer Mori Eskandani also offers some insight into the entire production. It’s eye-opening to pull back the curtain and see what all goes into bringing poker fans a near-seamless production.

For even more of Kara, this interview offers a complete history of how she got into the game. From a small town in Canada to a spot in poker biggest event’s, watch her real poker success story.

Quote: “The first time that I played poker was actually on live television.”