The Ultimate Guide to the Best Starting Hands in Poker

Discover which poker starting hands to play and how you should play them preflop. This article will explain the importance of preflop strategy. 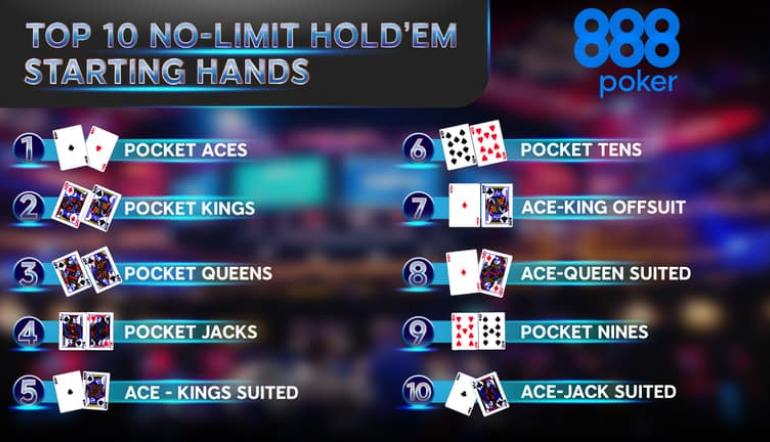 How profitable you are in poker is not only relative to how you play your hands. It’s also initially dictated by which hands you choose to play and from what positions.

This article will help delve into the depths of preflop poker.

We’ll help you uncover which   to play and how you should play them preflop.

Part 1: Why Do Starting Hands Differ by Position?

We’ll dive into which hands to play from what position shortly. But first, we must illuminate why we cannot play particular hands from all positions.

In short, it rests on how post-flop play operates.

Play starts with the first remaining player seated to the left of the button. The action then continues all the way around to the player on the button.

QUESTION TIME: Who has a greater advantage each betting round: the players who are first to act or last to act?

If you said the player who is the last to act, then you are correct! They get to see how all the other players act and choose to bet BEFORE their turn. This viewpoint provides an incredible amount of more information compared to the other players in the hand.

These in-position players have a lot of data on which to base their betting decisions.

So, players on the button can play a much looser range of hands than any other position at the table. They have such a great post-flop, positional advantage.

To compensate for the lack of post-flop position, other players must play a tighter range of hands. We’ll see this in the Texas Hold’em Chart below.

Before getting into the thick of things, let’s consider what makes a good starting hand in poker.

As per standard in the ranking of poker hands, you’re going to generally want to play cards with the greatest chance of making strong hands. Say starting cards along the lines of a strong top pair, a straight, or a flush.

To make these hands, you should choose to play cards with the best chance of making good hands: 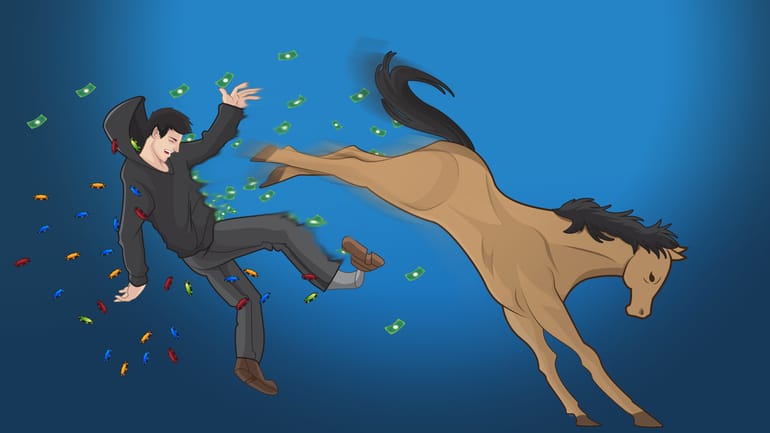 Now we start getting to the fun stuff - determining which hands to raise from what position.

Before revealing the master charts, there are a few considerations to make.

Taking all these factors into account, here is the baseline preflop chart. You should memorise it to use in determining which hands to play from which positions. 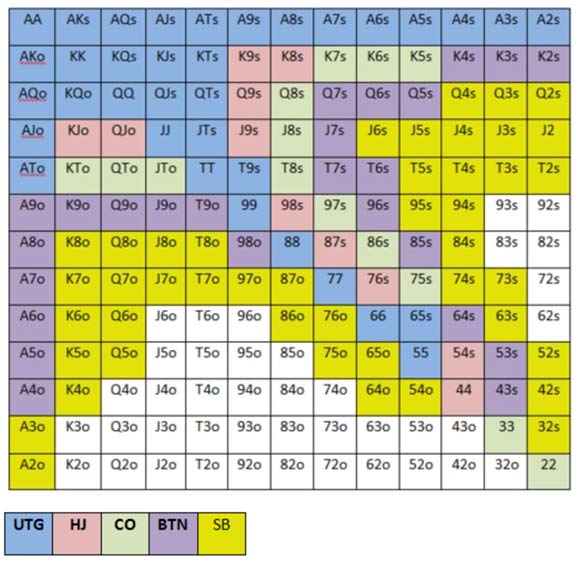 HOW TO USE THIS CHART: From UTG, raise all the bluehands. From HJ, still raise all of the bluehands, but also add the pinkhands into the mix. For the CO, raise hands colour-coded by blue, pink, and green, and so on.

After another player has raised, the hands that you play should be much narrower. The “gap concept” is a factor here. It illustrates calling with hands better than those in your opponent’s opening range.

For example, imagine being on the button facing a raise from UTG. For unsuited AX broadway hands, which ones should you call, raise, and fold?

ANSWER: Say, a standard UTG range in 6-max has ATo+ (AT, AJ, AQ, and AK). You shouldn’t call ATo from the BTN. It wouldn’t be dominating the other AXo hands in the UTG’s range. But calling with AQo would be acceptable because you currently beat ATo and AJo.

3bet bluffing some baby suited Aces becomes advantageous. You can fold out some better AX hands. Also, you have great playability post-flop with the ability to make wheel straights or nut flushes.

Another tactic to have in your poker arsenal should be SQUEEZING. This scenario is where one player raises with one or more callers after them.

A squeeze would be where you come over the top with a re-raise. You’re looking to take down the pot with a high frequency.

Squeeze-raises are great to use, especially if you think the open-raiser’s range might be particularly loose or weak. Or if you have a fishier or shortstack player who called after them.

The opener is likely to fold to your 3bet. The cold caller probably would have raised (3bet) themselves if they had a particularly strong hand anyway. So, they’re also likely to fold.

Here are a few baseline considerations to make when facing a 3bet: 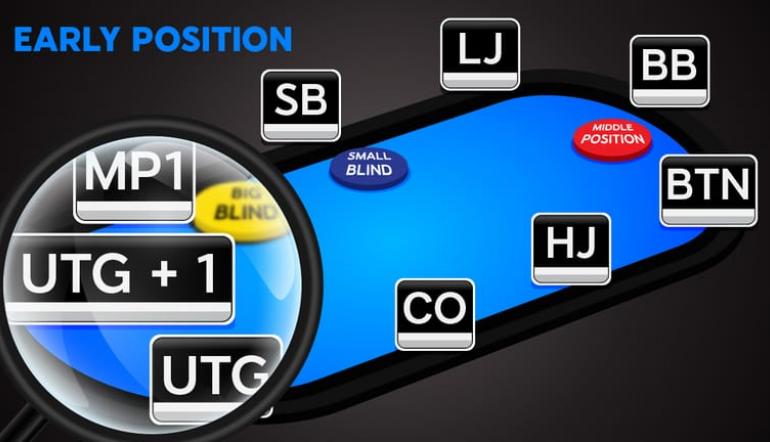 3betting Based on Table Positions

It’s recommended that going all-in preflop is only done with your strongest of hands. i.e. –

If you’re in later positions, it can also be acceptable to shove hands like JJ and TT. Players do 3bet and 5bet jam with AQo as a bluff.

Though, it should be noted that this shouldn’t happen with full frequency.

For more info on poker hand nicknames like “Big Slick”, check out this article on that topic:

Make sure that your all-in ranges include more than 1-2 holdings. Say you’re deep-stacked (250bb+) and are only 5betting a hand like AA.

It’s advisable to call vs the 4bet with all your holdings, including AA, for a few reasons:

As mentioned in the last section, stack sizes will play a significant role in starting hands in poker. The deeper you are, the more you should look to play hands that could win BIG pots. (For example, pocket pairs could turn into sets. Ax suited hands could become nut flushes).

The above hands have implied odds, meaning that you can play them more aggressively. When they hit, they can pay huge dividends.

But some hands have reverse implied odds. Trouble can occur with the smallest of pocket pairs, if especially deep. Set-over-set situations can be very costly.

Or Kx suited hands that could make flushes but lose to an even better flush. You could even be out-kicked in simple “one-pair” scenarios. 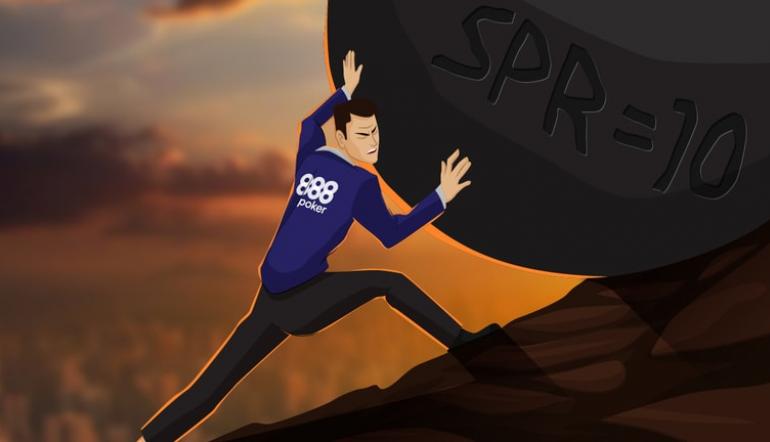 Part 8: How to Play Poker FAQ

Q: Should I raise or just call the big blind when I’m the first player to enter the pot?

Q: How should my table position impact which hands I play?

Q: What are the three power traits you can have in a hand, preflop?

Poker is a complicated game. But with study and practice, you can certainly develop your skills. It all starts with what you do preflop. So, it’s essential to strengthen this part of your game to help you succeed.

For the next step in your poker learning, we recommend checking out this preflop strategy article. You’ll get more info on how to play (and profit) through preflop gameplay:

Until then, good luck on the felt!