Heads-Up Poker at the WSOPE

888poker takes a look back at WSOP Europe heads-up matches that have made this event so popular. Find out what makes them so exciting. 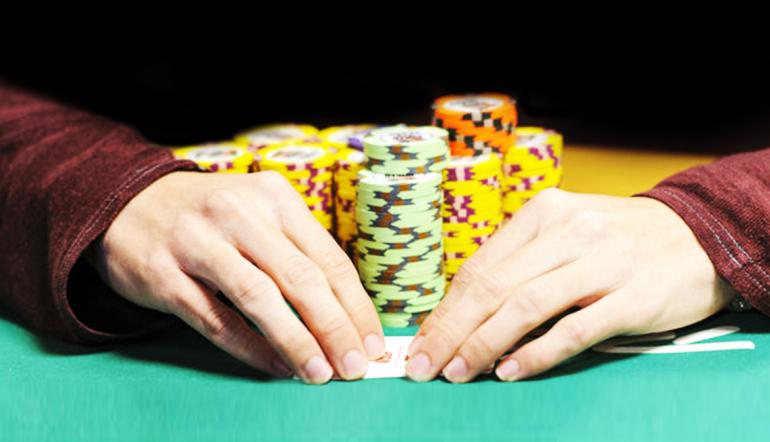 The World Series of Poker expanded beyond the borders of the United States entirely in October 2007, holding the first three bracelet events ever contested outside of Las Vegas over the course of 12 days. The Casino at the Empire in London, England saw history made in quite a few ways. Not the least of which saw something that was truly impossible in all previous iterations - a 19-year-old bracelet winner, in the first-ever WSOPE Main Event, no less.

Over the next six years, the WSOPE Main Event brought about a number of unforgettable battles. Poker luminaries and young upstarts alike put together performances that won’t soon be forgotten. This tournament has quickly risen in status, to become one of the most coveted titles in the game.

After a year’s hiatus to set it on an alternating timeline with WSOP Asia-Pacific, the 2015 WSOPE kicks off October 8 at Spielbank Berlin - the fourth different city and third country to host this prestigious series. With that in mind, we’re going to take a look back at how each WSOPE Main Event played out, changing the course of a number of lives and the WSOP brand altogether.

In Part 1, we’ll take a look at the first four years of WSOP Europe action - spanning the event’s entire residency in London.

There were only three bracelet events scheduled for the first edition of WSOP Europe - a HORSE prelim event, a PLO prelim and the £10,000 Main Event. With the pound near its peak, the buy-in for the first WSOPE Main Event was over $20,000 - and in drawing 362 players the prize pool eclipsed $7.2 million.

After playing separate sessions on both Day 1 and Day 2, the field combined on Day 3 and the money bubble burst just before the end of the day. Day 4 saw numerous big names fall by the wayside just short of the final table, including Jamie Gold, Patrik Antonius, Erick Lindgren, Annie Duke and Kenny Tran. With Gus Hansen’s exit on the final table bubble in 10th place, two names stuck out from the bunch - Danish pro Theo Jorgensen and a 19-year-old Norwegian online phenom named Annette Obrestad.

Jorgensen exited in eighth, but Obrestad held her ground as foe after foe fell by the wayside. Young Welsh pro John Tabatabai eliminated Matthew McCullough in third place, pitting him against Obrestad with a 4.2 million to 3 million chip lead. She’d wipe that out within the first 15 hands of their match. However, it wouldn’t be an easy road to victory for Obrestad as the pair proceeded to trade jabs in a showdown that would ultimately carry on for 94 hands.

There was a distinctive back and forth pattern between the pair, with each player going on streaks of six or seven consecutive hands. Each wouldn’t lose a pot - only for their opponent to fight back to make up the difference, and then some.

After a careful and calculated heads up battle, it ultimately took a cooler for the tournament to come to a dramatic and abrupt ending.

Key Hand: The stacks for Tabatabai and Obrestad were nearly even going into Hand 211 of the final table. Tabatabai limped for 30,000 on the button; Obrestad raised to 100,000 and Tabatabai called. The [7c] [6c] [5h] flop led Obrestad to bet 250,000 and Tabatabai raised to 750,000. Obrestad shoved all in, and Tabatabai called, tabling [6d] [5s] for two-pair. He was drawing nearly dead as Obrestad showed [7h] [7s] for a set of sevens and the [2c] turn sealed her victory. Not only did Obrestad become the youngest WSOP bracelet winner and take home a prize worth over $2 million, but she outright won the WSOPE Main Event. Only one woman has ever even made the final table of the Main Event in Las Vegas in more than 40 years, let alone won it.

The second year of the WSOPE saw a return to London, with the series expanding from three events to four with the addition of a No Limit Hold’em prelim. Exactly one more player (363 in total) entered the second WSOPE Main Event than the previous year, and the field was once again stacked.

Josh Arieh, Erik Seidel and Mike Matusow were just a few of the players fortunate enough to cash, but unfortunate enough to miss the final table. The final nine included four intriguing names: John Juanda, Daniel Negreanu, Scott Fischman and Ivan Demidov. For Demidov a massive opportunity was in play; he made the WSOPE Main Event final table while preparing for the final table of the WSOP Main Event in Las Vegas as a member of the inaugural November Nine.

Fischman, Negreanu and finally Demidov went out, leaving Juanda to battle Stanislav Alekhin, for whom this was his first ever live tournament cash. Alekhin didn’t back down against the veteran Juanda, although he couldn’t be blamed if he did, considering the circumstances.

Demidov was eliminated on hand 242, and by the time all was said and done the following morning the heads-up match between Juanda and Alekhin took another 242 hands before it was finally settled.

The WSOPE’s third year in London saw only one change to the schedule, with a Pot Limit Omaha/Pot Limit Hold’em event replacing HORSE. The field size dipped slightly to 334 for the Main Event, but the level of competition remained sharp.

Chris Bjorin, Jason Mercier and Praz Bansi all had their title hopes extinguished at the final table as well. This left Negreanu (at his second consecutive WSOPE Main Event final table) to take on CardPlayer founder Barry Shulman heads-up. With a 6.2 million to 3.9 million chip lead to start, Negreanu was a heavy favorite to add to his bracelet collection, but Shulman wouldn’t give an inch.

Negreanu would have several opportunities to take the title, but the poker gods were simply not with him on this day. On two separate occasions - one where Negreanu was ahead, and one where he was slightly behind - Shulman was able to pull the card he needed to extend the match and, eventually, win outright.

Key Hand(s): With blinds at 40,000/80,000, Negreanu opened, Shulman three-bet and Negreanu called. With a [Kd] [8h] [6h] flop, Shulman led out, Negreanu reraised all-in, and Shulman called with [Ah] [5h]. Negreanu needed to fade the draw with his [Ac] [As], but the [2h] turn left him drawing dead and the [Ad] river added insult to injury. Negreanu clawed back several times, only to find himself on the brink of victory once more. After two more levels, Negreanu found himself up against [As] [Ah] and in need of some major help with [Qc] [Jd] on a [Jc] [8d] [5d] flop. The [Jh] did exactly that, leaving Shulman just two outs on the river - one of which he’d hit as the [Ad] once again snatched victory from Negreanu’s grasp. He’d soon run [4s] [4d] into Shulman’s [Ts] [Tc] and that was all she wrote.

The final WSOPE in London increased the total number of bracelet events to five, with a Six Handed event and the first ever Heads-Up bracelet event in Europe among the offerings.

The field for the Main Event ticked up to 346 this time around, with the likes of Freddy Deeb, Barry Greenstein, Greg Mueller, Phil Ivey and the enigmatic Viktor Blom among the in-the-money finishers. Dan Fleyshman (7th) and Danny Steinberg (6th), brother of 2015 November Niner Max Steinberg, went out early at the final table. They were followed to the payout window by French pro Nicolas Levi and Roland De Wolfe.

Ronald Lee had half of the chips in play with four participants left. But after a few hands that went the wrong way in a hurry James Bord won a race to bust Lee in third place. He was now heads up with Italian Fabrizio Baldassari with some ground to make up. For the first time, but certainly not the last once Las Vegas action was considered, the fans seemingly played a significant role in the action that took place at the table.

It was truly a ‘Bordy’ Wonderland for those Englishmen in attendance, who watched their countryman become the first, and to date the only, player to capture a WSOPE Main Event title on home soil.

Key Hand: Bord slipped to a 2-to-1 disadvantage at one point in his match with Baldassari, but it only took one significant pot to push the momentum in his direction for good. After Baldassari had limped on the button, Bord raised to 330,000 and Baldassari shoved. Bord quickly called with [Ad] [Kc] and while he had the lead against Baldassari’s [Qs] [8s] he was by no means out of the woods. The [6h] [5c] [4h] flop added a further sweat, but the rest of the board was clean, putting Bord clear of Baldassari.

As a raucous hometown crowd cheered him on, Bord held with [Td] [Th] against [5s] [5h] to become the first and only player to win the WSOPE Main Event on home soil.

Stay tuned for Part 2, where we’ll take a look at the three editions of WSOP Europe that emanated from France - including comments from three players who got heads-up for the WSOP Europe Main Event title. 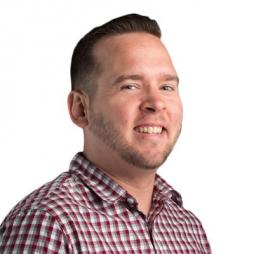