888Live Festivals have changed the face of live poker across Europe, and the upcoming 888Live Festival Barcelona from May 11-22 is slated to be the biggest and best stop yet.

Here at 888poker, we’re changing the way you experience live poker. Late last year, we introduced 888Live Festivals, which were bigger, better and different than any other live events out there. They offer a wider range of buy-ins, from small tournaments all the way up to High Rollers, and are held at different locations three times a year.

“Making It Big” has long been one of our mottos, and we expect our next stop, which will take place in Barcelona, Spain, to be our biggest festival to date. That’s quite a statement considering the success of the first two, October’s 888Live London Festival and February’s 888Live King’s Festival, catered to thousands of players.

From May 11-22, the 888Live Festival Barcelona will take place at the Gran Casino de Barcelona. Among the more than dozen events are a €220 buy-in, €100,000 Opening Event; an €1,100 buy-in, €500,000 guaranteed Main Event; and a €2,200 buy-in High Roller. Among those slated to attend the latest festival are Cate Hall- female player of the year GPI, Michael “The Grinder” Mizrachi, and Will “Nine High Like a Boss” Kassouf. They will be joined by 888poker Ambassadors including Bruno “Foster” Politano, Kara Scott, Dominik Nitsche, Bruno Kawauti, Nicola Vila lobos, sofia Lovgren and Natalie Hof. 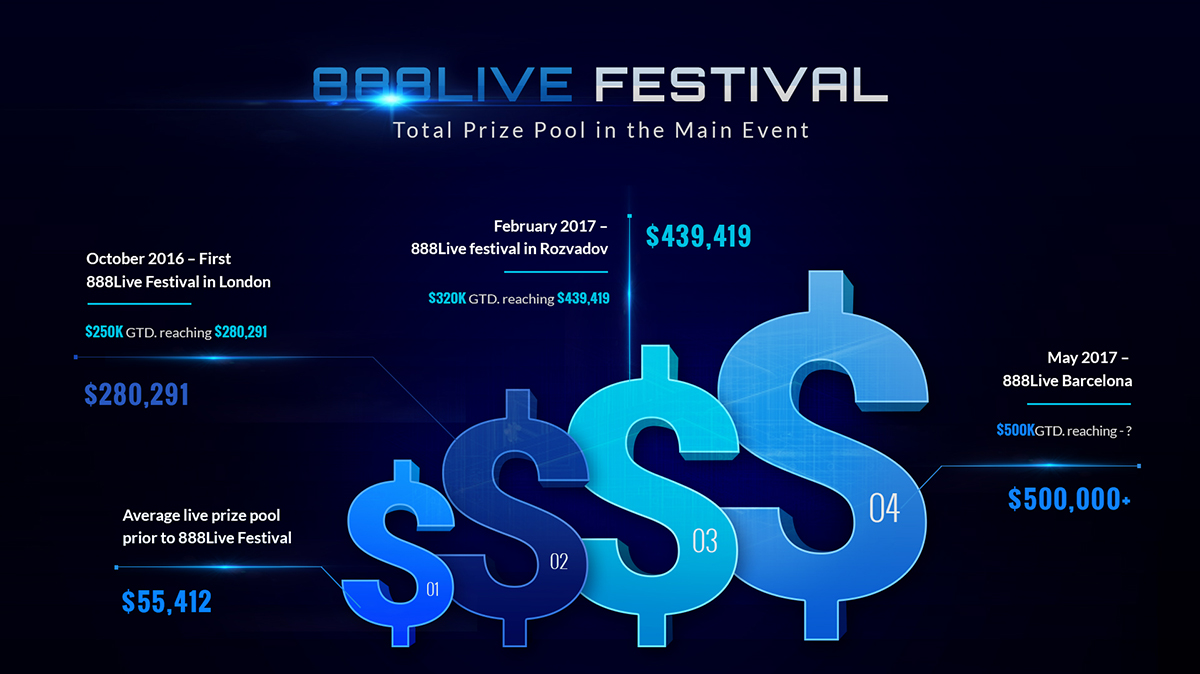 The data clearly shows that 888Live Festivals have changed the face of our live events. Before they came along, our brick-and-mortar offerings consisted of 888Live Local Series, which were introduced in early 2015. The fields were smaller, which in turn meant less prize money was up for grabs. To put it in perspective, in that first year 3,375 combined players participated and $905,790 in prize money was distributed. 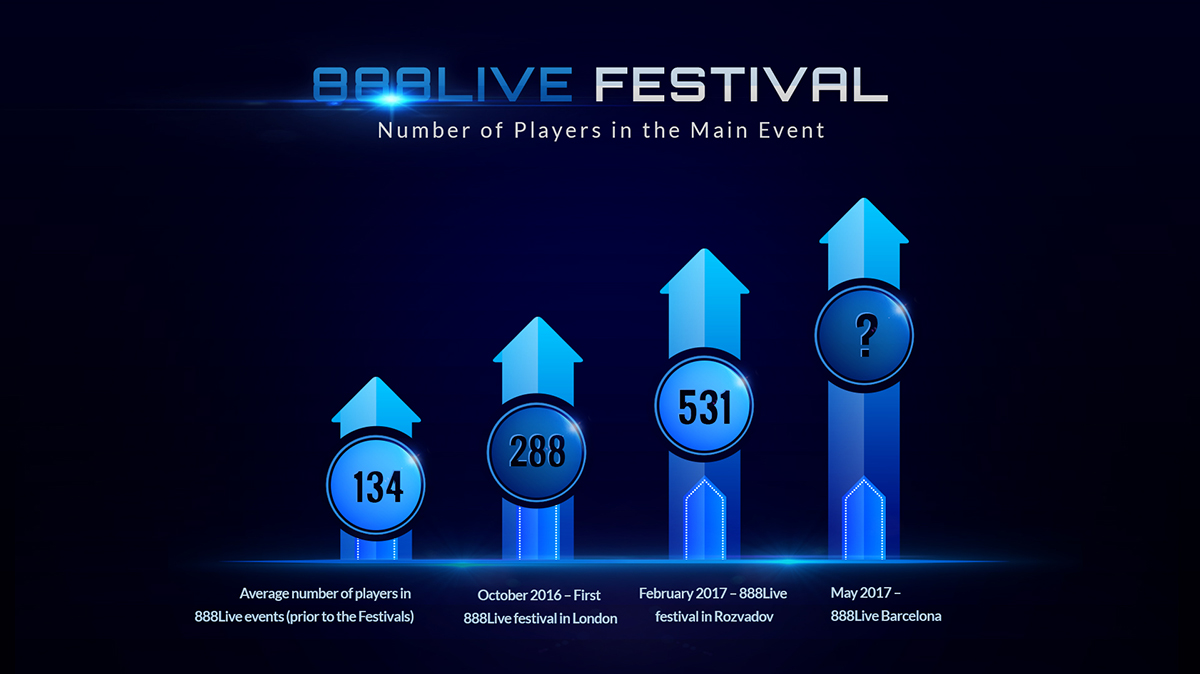 Meanwhile, at February’s 888Live King’s Festival, the Opening Event alone attracted 783 entries and saw Marek Blaško capture a €27,824 first-place prize. Another big winner was Jonas Kraft, who used ace-queen to crack the pocket sevens of Martin Kabrhel to win the €5,300 High Roller for €49,875. As for the Main Event, which drew 531 entries and created a €407,596 prize pool, Catalin Pop walked away with the title and €80,000 in prize money. There’s more on his win below.

The latter stop also played host to the highly-publicised Stacy Matuson vs. Will Kassouf grudge match, which saw the former get her revenge by taking the first two matches in the “best-of-three” contest. Matuson also took home $888 in cash, a shiny trophy, and a ticket to a World Series of Poker event worth $888.

Given each individual festival caters to more players and offers up more money than past events, it’s safe to say we’ve lived up to our mantra of making it big. If you don’t believe us, come on out to the 888Live Festival Barcelona and see for yourself. 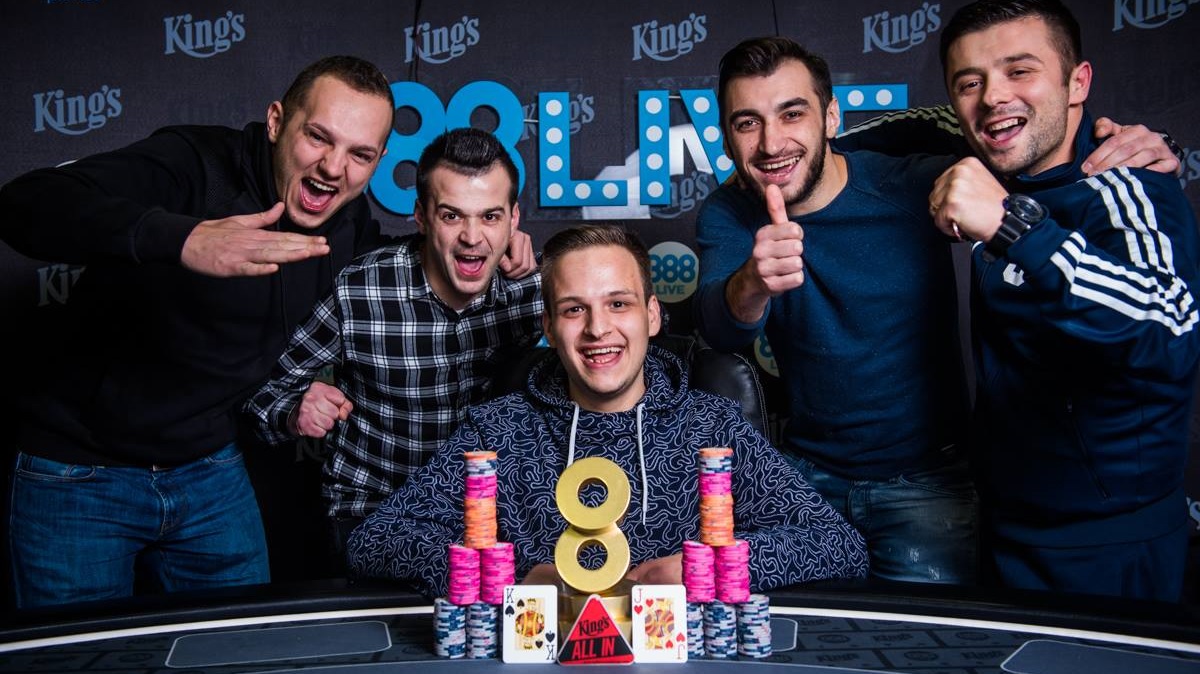 Not only have 888Live Festivals gotten bigger and transformed the live poker scene; they’ve changed lives. A great example of this is Romania’s Catalin Pop, who in early February topped a field of 531 entries to win the €888 Main Event at 888Live King’s Festival in Rozvadov, good for €80,000.

The 22-year-old Pop, who lives with his family Cluj-Napoca, Romania, had recently graduated high school and has never held a real job. Instead, he decided to pursue poker, which he learned about five years ago, mainly from interacting with experienced players and playing online poker.

He started by playing smaller buy-ins such as €5 poker tournaments, and earlier this year decided to take a shot by buying in direct to the 888Live Main Event at King’s Casino. It was a decision that would change his life as he now has the bankroll and motivation to travel for the game he loves.

“It is my biggest win, the feelings are new and awesome,” said Pop, who speaks little English, after his remarkable win. Indeed, his biggest prior cash was just €2,000 for finishing 77th in the 2015 Eureka Rozvadov Main Event.

“There were a lot of important hands, but the biggest one was when I sucked out on Niall Farrell and got heads-up with 6:1 chip lead,” Pop said when asked about the biggest moment of the tournament.

Pop responded by moving all-in and looked as if he would be left with just 1.4 million after Farrell snap-called off for his tournament life. Fortunately for Pop, the 9♦5♦2♦ flop gave him a set, and he knocked out a tough opponent after the Q♦ appeared on the turn followed by the 7♥ on the river.

“It was a fun event, I really enjoyed playing with 888 Ambassadors,” Pop added. “I just want to play more live poker; the prize money will help me do that.”

By winning the 888Live King’s Main Event, Pop was awarded a seat into the Barcelona tournament. While he hopes to be the one walking away with the title, he does have some advice for those taking a shot.

“Have patience, be aggressive, and don't be afraid to bust,” he said with a smile.

You can also find him playing at 888poker, his online poker site of choice.

“I play on 888poker every time I play an online session,” he concluded. “My screen name is ‘Sryigotodds.’ I like the Sunday tournament schedule very much.”

Stay tuned to 888poker for more information on the 888Live Festival Barcelona. 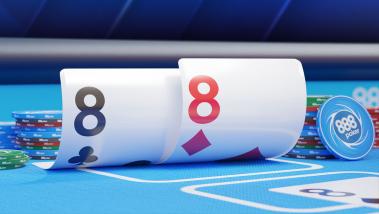 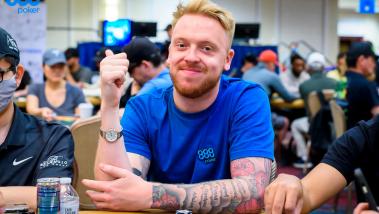 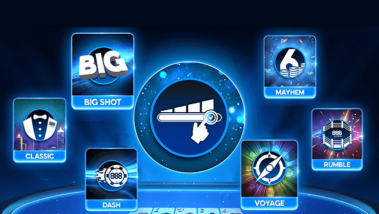