888Live Local Series Is Coming to Your Doorstep

The 888Live Local Series has quickly become one of the more popular poker tournament circuits. Find out if this series will be in your town. 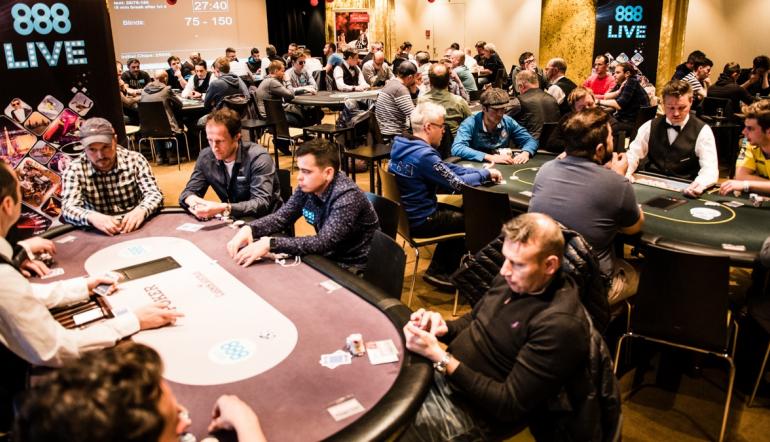 Launched in early 2015, the 888Live Local Series quickly established itself as one of the more popular poker tournament circuits with 19 Local events in 17 locations in 11 different countries. During that time 3,375 players participated, $905,790 in prize money was distributed, and the stops developed a reputation for more than just poker – they were fun!

Players will no doubt be thrilled to learn 888Live Local is coming to you with 31 low buy-in events around the world throughout 2016. With stops on three different continents, chances are there will be an event right on your doorstep.
888Live Takes Over Aspers
The first stop of Season 2 took place from March 3-6 at Aspers Casino in London, and revolved around a £220 Main Event. The tournament featured three starting flights and a £50,000 guaranteed prize pool. That amount was smashed when 590 entries generated a whopping £116,820 prize pool, so there was a lot more to play for.
Joining in the fun were 888 pros Dominik Nitsche and Sofia Lövgren, while Kara Scott, the latest ambassador for 888poker, hosted the event and played the Main. They were joined in the media event by ex-footy stars Andy Cole and Danny Mills.
Thanks to a sponsorship agreement, 888Local Series will take over Aspers Casino and actually visit the venue seven more times in 2016 – for a total of eight.
Aspers Casino's Westfield Stratford City location is the biggest casino in Britain, built inside the largest “in town” shopping centre in Europe. The chain of casinos is a joint venture between Aussie gaming group, Crown and Damian Aspinall. Damian's father, nicknamed “Aspers”, ran the famous Clermont Club in Sixties London's Mayfair.
888Live Local Goes Global
The stops include nine UK visits to Aspers Casino, five visits to 888Local Spain, two visits to Brazil, Czech Republic, Canada, Sweden, Estonia, Chile and 888Local DK.
Each stop of Season 2, which expects to service more than 4,500 players and award more than $1 million in prizes, will offer a Main Event with a buy-in equivalent to $220. Leading up to each, 888poker will host online satellites (an average of 30 players per event qualified in this manner in 2015), while host casinos will offer live satellites (an average of 37 players qualify via this route).
Of course, players can always buy in direct at the casino, which is how most players (an average of 170 in 2015) choose to do it given the affordable buy-in.
Because the 888Local Series offers great value, it wasn't a surprise to see some accomplished pros partaking last season. For instance, the second event of 2015 – the 888Local at Dublin’s Club Poker Rathmines - attracted high-profile Irish poker players Andy Black and Donnacha O’Dea, who boast a combined $6 million in live winnings.
Great Series Structure
One of the things players seem to like most about the 888Local Series is the generous 25,000-starting stack in the Main Event, complemented by a great structure.
To qualify for an 888Live Local Series event, visit 888poker and scope out the satellite steps for as little as 1¢. You can climb your way up the satellite ladder OR buy into any of the Steps directly, including the Qualifier and Main Event tournaments.
888poker Ambassadors
About the Author
By
Chad Holloway