Everything you need to know about 888poker’s XL Blizzard 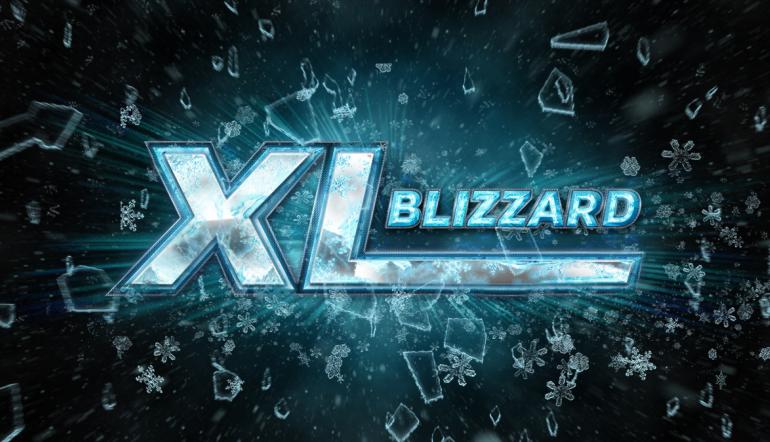 The XL Blizzard has been pared down from both the XL Eclipse and Inferno. Instead of a schedule with nearly 200 events, the XL Blizzard will instead offer a leaner 34 tournaments while retaining a variety of games and juicy guarantees. The new and improved schedule should allow players to play in every event if they so choose.

The XL Blizzard marks the third and final “XL Championship” event announced back in April. The XL Inferno Championships took place back in May with such winners as "GiNgErSpEw", “GodfryJONES”, and “F1oba”. Meanwhile, the XL Eclipse wrapped in September with winner that included “tutten7”, Cristian “progree69” Sampaoli, and Roman “Romeopro33” Romanovskyi.

Here are some things in store for January’s XL Blizzard.

The fields will be chock full of qualifiers, but you’ll also have to contend with full roster of 888poker Ambassador including Dominik Nitsche, Bruno Foster, Denílson, Natalie Hof, and Parker “tonkaaaa” Talbot. Likewise, the newest addition to the team, Brazil’s Vivi Saliba, will be playing.

Likewise, any eligible player that wins three shall receive $10,000, and any two-time winner will receive a $1,000 cash prize. Each eligible winner is entitled to only one XL Blizzard Prize based on total aggregated number of first-place rankings.

Those who finish in the top 50 on our Leaderboard will gain automatic entry into the XL Blizzard Champion of Champions event. The winner of that tournament will not only be crowned Champion of Champions, but will win a once-in-a-lifetime package to the 2018 World Series of Poker Main Event in Las Vegas.

The WSOP prize packages include travel expenses, either three or five nights at the Vdara Hotel, daily transportation, and an 888live poker kit.

On the other end of the champion spectrum are those who bubble a tournament, meaning they’re the highest ranked non-prize-winning player. For those bubble players in the XL Blizzard, they will receive a ticket to a special “Bubble of Bubbles” tournament.

Qualify via our XL Blizzard Online Satellites for as little as 1¢ - or even for FREE, through taking part in our XL Blizzard Promotion. Just make a deposit with promo code: blizzard10 and get three tickets to our daily XL Blizzard qualifiers.