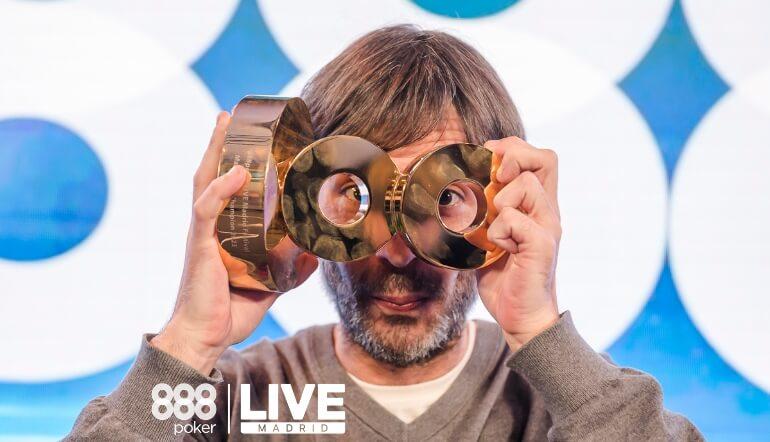 888poker kicked off our first live stop of the year at the Casino Gran Via in the beautiful, elegant city of Madrid! 888poker LIVE Madrid was an absolute smash, culminating with the Main Event, which crushed the €300K guarantee.

With the Main Event feature table live-streamed on our 888pokerTV Twitch channel, the excitement and action were palpable from the start.

Congratulations to the ultimate winner Adrian Garcia who collected a whopping €92,000 payday for his exceptional efforts!

Day 1A Brings Out One Team888 Player

Day 1A of the 888poker LIVE Madrid Main Event burst out the gate on 20 January, attracting 108 players. Among the crowd was lone wolf Josh Manley – representing the 888poker StreamTeam. After eleven levels, 55 players bagged and tagged for Day 2.

Although Josh got off to a great start, it was not to be. He ran pocket Jacks into Ace-King, and the Anna Kournikova of poker delivered this time - sending Josh to the rail.

But it wasn’t all doom and gloom the StreamTeamer. Josh quickly jumped into the Triple Threat tourney. This move turned out to be a wise one. He binked the title and the trophy!

Day 1B of the 888poker LIVE Madrid Main Event went a little better for one Team888 Ambassador. The event drew another 129 players, with 61 advancing to Day 2.

Twitch streamer and 888poker ambassador Ian Simpson played like a god and bagged the chip lead on Day 1B. Here’s what he had to say at the end of the day:

"I just played brilliantly," he joked with PokerNews shortly after bagging. "No, but seriously, I never really had to bluff all day, and when that happens, it tends to be a good day."

With one more turbo flight on the books, Day 1C of the 888poker LIVE Madrid Main Event attracted 198 players, with 100 advancing to Day 2.

Perhaps there was something in the air, but Team888 had their game faces on for this event. Newest 888poker Ambassador and local native, Lucia Navarro performed exceptionally well on Day 1C, bagging a top-ten stack.

Lucia Navarro (365,000) was joined by the following fellow 888poker teammates:

Quick side note – 888poker Ambassador Kara Scott also put in a fine showing on Day 1C, getting off to a hot start. Unfortunately, it was not to be, and she didn’t make Day 2.

But it was good news for one of her teammates. Day 1D Turbo added another 35 survivors – including Josh Manley, who cruised into Day 2 with a healthy 321,500 chip stack.

With all four Day 1s in the bag, it was time to tally the numbers and see just how massive this tournament was!

Here is a breakdown of the total payouts:

The action on Day 2 was slow initially, then quickly became a race to the bubble. It took just eleven levels to get into the money, with 39 players making it to Day 3.

Of the 39 survivors, Team888 comprised 10% of the field, with two ambassadors and two streamers still in the running:

Day 3 started great for Team 888, with Cavalito doubling on his first hand. Although on life support, Josh Manley managed to stay alive long enough to make it to the money. He ran pocket Tens into Jacks and, ultimately, finished 35th for a €2,000 payday.

Shortly after, Alexandre “Cavalito” Mantovani lost his battle to stay in the running. He finished in 20th place for €2,800… and then there were two…

After a sluggish start to the action on Day 3, in no time at all, we had a final table!

And what a final table this proved to be! With fan favourite Ricardo Mateus being rabidly railed by his Twitch stream followers, it seemed that this might be his day.

Lucia was severely short-stacked but managed a double-up to keep her tournament on life support. Her tight and timely-aggressive play allowed her to ladder up from 6th place at the start of final table play to a 4th place finish.

With an ace on the flop and river ten, Oleg grabbed success from the jaws of defeat and lived to fight another hand.

Ricardo quickly picked up A7 and shoved for his tournament life. Adrian called with Q5. It was a clean flop – 9c6d4c., but the 7s on the turn gave Adrian a straight draw. The 8s on the river sealed the deal, sending Ricardo to the rail in third.

Heads-up play started with Garcia having a massive 4:1 chip lead over Bystrenin. After a lot of tip-toeing around, the players finally decided to get aggressive.

Oleg sat on a 14M stack versus Adrian’s 31M when he decided to shove from the button with QJ. Adrian swiftly called him with K6.

The flop brought a sweat with Oleg flopping an up-and-down straight draw – Ks5cTc. The turn did Oleg no favours with a Td, and the brick 6h on the river did the trick.

The Spaniard Adrian Garcia took home the title, trophy and the very tidy sum of €92,000! 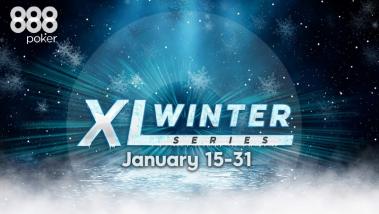