The first day of the ChampionChip Games was a big one with six total tournaments. 5,575 combined entrants competed and $92,030 in prize money awarded! 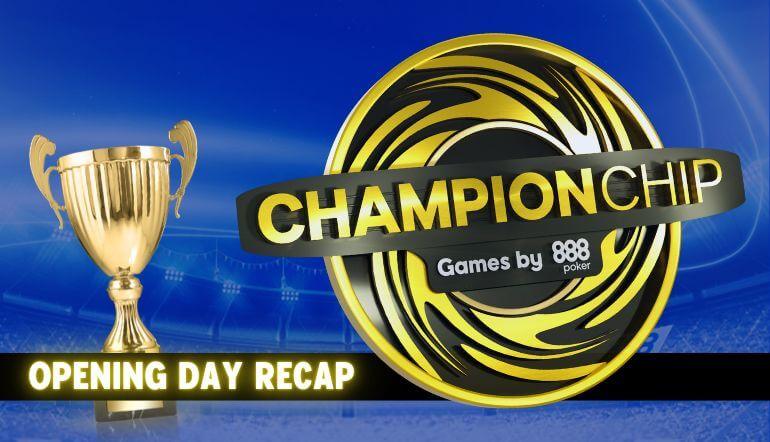 On Sunday, August 28, 888poker launched the latest edition of ChampionChip Games. The series. It will run through September 6, boasts smaller, affordable buy-ins, mostly under $30, with massive guarantees!

That includes the much-anticipated $200,000 GTD Main Event Multiflight capping off the action featuring a very affordable $60 buy-in. The final table of the Main Event will be live streamed on our 888pokerTV Twitch channel on September 6.

Our StreamTeam is also getting in on the action with their own live streams during the series, featuring ticket giveaways to the Main Event.

The first day of the ChampionChip Games was a big one with three premier numbered events and six total tournaments. All told, 5,575 combined entrants competed and $92,030 in prize money awarded! Not too shabby considering one could play all six tournaments for a modest $79.70 in buy-ins!

Players from the United Kingdom and Brazil captured two titles apiece. While both Ukraine and Kazakhstan got on the board with a victory apiece. 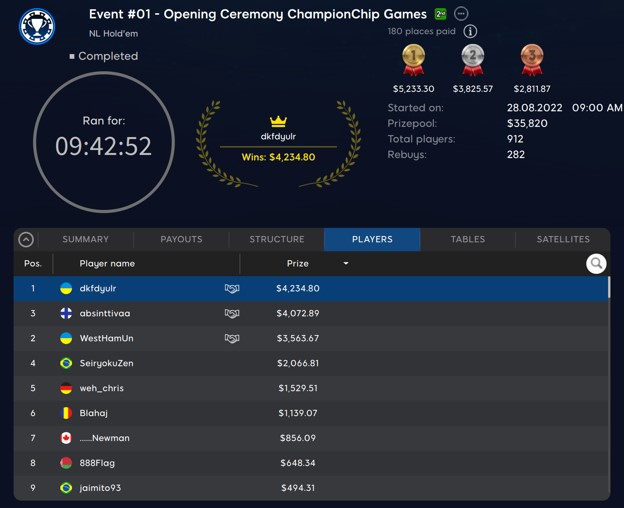 Among those to make relatively deep runs were the following players –

The final table saw the three players work a deal and then play it out for a title. While Ukraine’s “WestHamUn” officially finished in second place for $3,563.67, they actually received the least amount of money at $3,563.67.

Meanwhile, Finland’s “absinttivaa” busted in third place, but with $4,072,89 thanks to the deal. 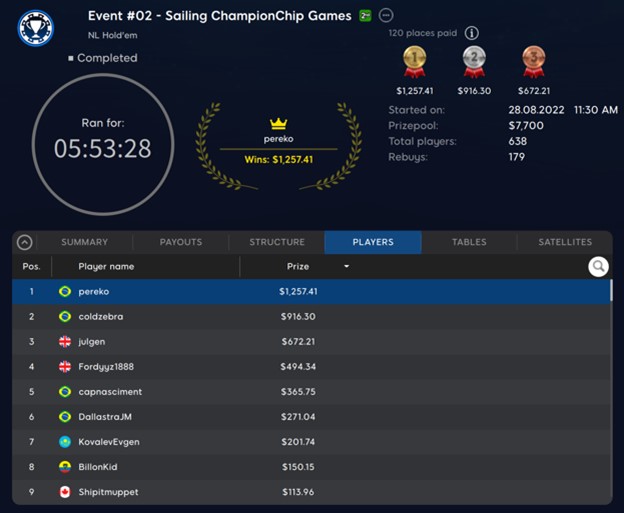 The top 120 finishers made the money including the following –

The title came down to a pair of Brazilians in “pereko” and “coldzebra”. And after nearly six hours of play in the tournament, the former prevailed to claim the title and $1,257.41 top prize.

The top 96 players made the money including the following players –

The title came down to Denmark’s “bagedag” and the United Kingdom’s “mixerAA”. After 5 hours and 18 minutes of play, the player from the UK emerged victorious to turn their $1 buy-in into a $346 payday!