888poker continues its 20th-anniversary festivities with a CNP888poker LIVE Festival in the beautiful capital city of Spain, Madrid. 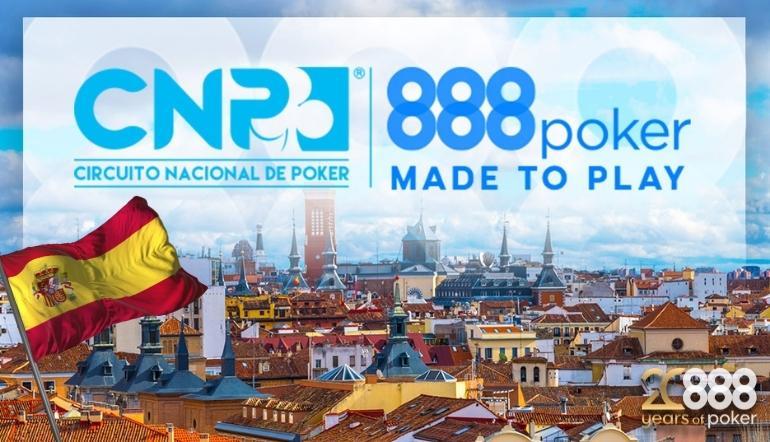 888poker continues its 20th-anniversary festivities with a CNP888 LIVE Festival in the beautiful capital city of Spain, Madrid. The third-largest European city is prepped and ready to host an 888poker event like never before!

The Casino Gran Madrid is located on the outskirts of the city and combines gaming with food and overall entertainment. One of the casino’s unique features is its virtual reality room. It is a poker player’s paradise!

The City at the Soul of Spain

Madrid is a true capital – located just about in the centre of Spain. And it has been the country’s capital – almost without interruption – since 1461!

Many of the historic buildings date from the Spanish Golden Age, including the very famous Plaza Mayor and the Royal Palace of Madrid.

There is plenty to see and do in Spain's fascinating capital, packed with museums and magnificent architecture.

Some of the standout infrastructures include the following landmarks/locations –

The entire brigade of 888poker ambassadors and some of the 888 StreamTeam will be front and centre at this event! We're also very excited to announce the addition of a new ambassador to our roster of players.

They will help us celebrate 20 years of poker prominence in the industry that has recently won us the EGR Poker Operator of the Year award.

We will live-stream the 888poker LIVE Madrid 20th Anniversary Main Event on the 16 and 17 November on our 888pokerTV Twitch channel.

We’re offering players the chance to win a luxury package to Madrid worth $2,000, which includes a highly sought-after seat to the 888poker LIVE Madrid Festival 20th Anniversary Main Event!

How to get there:

Here’s the information on the Main Event tournament structure. You can check out the full tournament schedule here

Get all your CNP888 LIVE Madrid Festival information here.