Follow along as 888poker Pro Ambassadors weigh in on how to play the new 2016 WSOP scheduled event called, $888 Crazy Eights 8-Handed Event. 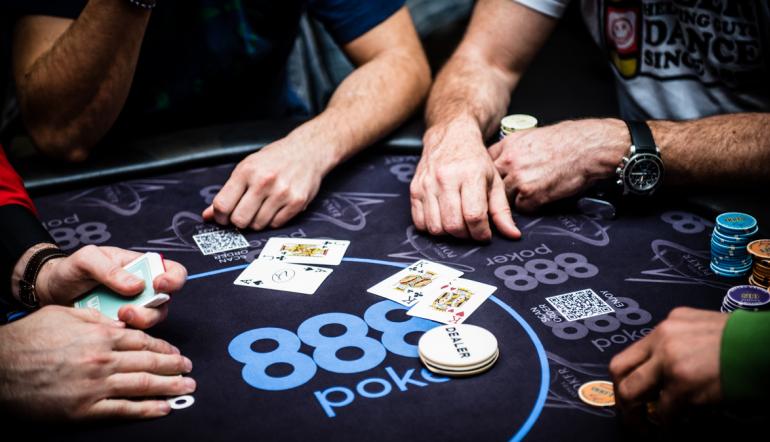 March 17 2016
888news
On Friday, July 1, the 2016 World Series of Poker will host Event #54: $888 Crazy Eights 8-Handed No-Limit Hold'em. The tournament, which will feature re-entries over four starting flights, is guaranteeing a $888,888 first-place prize. So it's no surprise it's one of the most popular additions to this year's schedule.
"You should recall we ran a $777 event last year," said Seth Palansky, WSOP vice president of corporate communication. "That concept really came because we wanted to offer another affordable buy-in event but have it stand out from others. Then Ty Stewart and Jack Effel thought, for this year, we should try to have an affordable buy-in event that also played short-handed – or relatively short-handed. So this concept got settled around an 8-handed event, which we don’t believe has been done at this point. So once you are playing 8-handed, then the leap to making it $888 was pretty easy."

The $888 Crazy Eights event, which was named one of the five best tournaments for first-time players by USA Today, marks the first time in WSOP history that a sub-$1,500 buy-in event will be run eight-handed.
Here's a look at the event schedule:
The plan for each day is to start players with 5,000 in starting chips and play 18, 30-minute levels. If a player is eliminated, they may elect to re-enter any remaining flight (max one entry per flight).
Survivors from all four flights will then return for Day 2 on Sunday, July 3 at 2 pm. for 10, 60-minute levels. From there, two more days of action will take place with the event expected to conclude on Tuesday, July 5.

So how should one approach this unique tournament? We caught up with two or our team pros –  Bruno Kawauti – to get their take.
This event is played 8-handed. How should inexperienced players who are used to playing nine or ten handed alter their game for this tournament?
Lövgren: An 8-handed tournament is one of my favourite format live events. In an 8-handed tournament, you will obviously see more hands per hour compared to a slow 10-handed game. Eight-handed, your hands will be worth a little more since there are less players in each hand, and you will more often sit with the best hand.
Ace-ten is a fold UTG in a 10-handed game, but in an 8-handed game, I will open with it if stack sizes allow. In an 8-handed game, you will need to play back at your opponents more often.
Kawauti: Actually, it doesn't change a lot. Of course, there will be two players less on the table. I think you can loosen up a little bit since there will be less players to act after you when you raise from middle position, for example.
Against amateurs, you should play more straight forward. You don't need to think in levels and don't try to bluff a lot. Amateurs tend to be more calling stations, and they don't like to be bluffed. Of course, it is not a rule, but I think in general you should try to play more value poker hands and try to extract the most from them, because most of the times you will get paid. 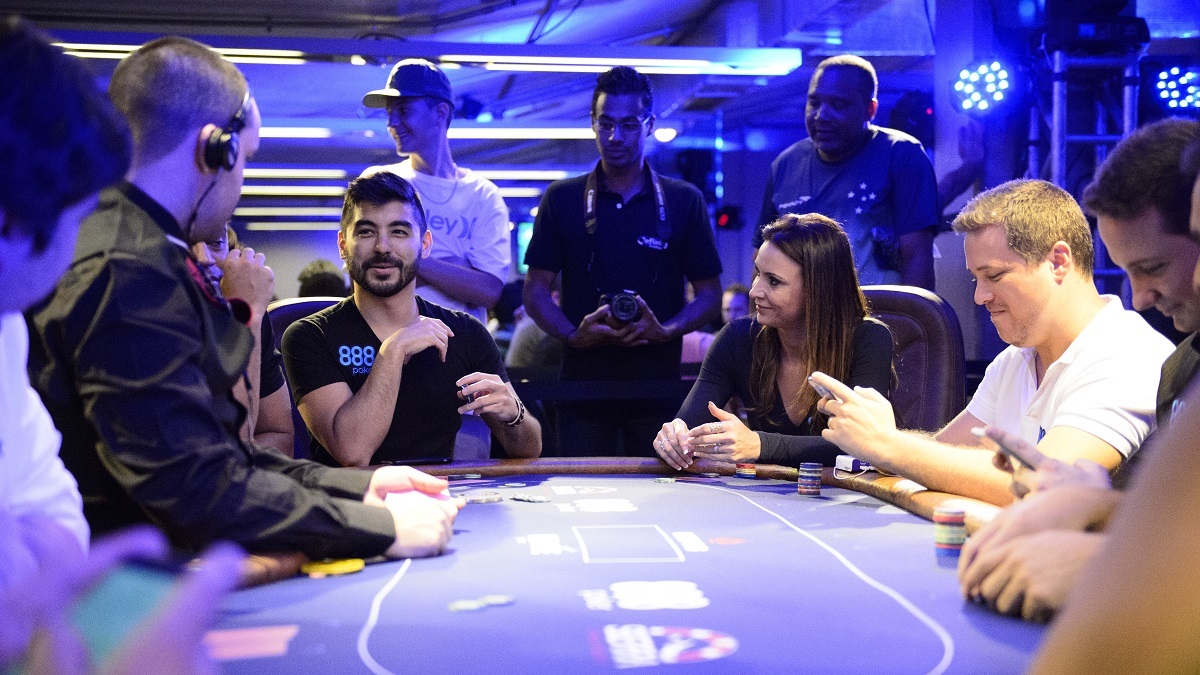 This low buy-in event is sure to attract a lot of amateurs. What sort of advice do you have when it comes to playing against amateurs in WSOP events?
Kawauti: We need to remember that 5,000 chips is more chips than it used to be in the $1,500 events a few years ago, so it's not that small. The thing is that we will play 30-minute levels on Day 1, so you must always count your stack per big blinds and adjust your play depending on how many big blinds you have.
The fact that we are playing 8-handed and 30-minute levels, you should be a little more aggressive. Stealing blinds will be essential for the maintenance of your stack. My strategy will be to watch my opponents carefully and see who is most exploitable, and try to attack their blinds. Or play more pots against them in position!
Lövgren: Talking to players is a great opportunity to get to know fun people from all over the world and to make some new friends. It will make you stay entertained for the long days of poker, and amateurs will have a great time too, even if they don't cash, because they had fun playing and will want to come back and play again. You could also get some information that could help you when you play and make decisions. For example, it will benefit you to know if they're playing poker professionally or if they are playing their first big live tournament.
The players who are playing their first big live tournament will often play scared money. They will also make a lot of mistakes like folding or calling too much. Take advantage of this and put pressure on them, and three-bet them in position. Some of these players will often be totally new to the shallow live tournament format and make sure to exploit this and value bet large with big hands. If they have decided to call a bet, they often don't look at how much you bet, so bet big.
Amateurs often make the mistake to blind down a lot and not see the value of stealing pots. Be very attentive to the game all the time. That extra steal could do a lot for your stack when you later double up. Amateurs will be very scared to call all-in, for fear of busting, so make some squeezes and steals while your stack has fold equity. It obviously will benefit you to get a coin flip when your stack is a bit larger than smaller.
The event only starts players with 5,000 in chips. That doesn't allow for a lot of play. What sort of strategy do you recommend for this tournament given the smaller starting stack?
Lövgren: Know you opponents! In WSOP events, you'll have relative small starting stacks and after three hours you will often be down to a short stack, and it's very important to know your opponents. Study your opponents, find out how they play and try to exploit their weaknesses.
If you see some players are opening a very wide range, and trying to win every pot, then look for good spots to float them. If you have a monster hand, you can just call in position and let them hang themselves.
If you are dealt very bad cards, then take the opportunity to look carefully at how they play, try to find tells and see which hands they go to showdown with. If you don't pay attention you could lose valuable information and even miss if someone is making a terrible bet sizing, is on tilt, or is just playing complete air all the time. It's good to know which players you can squeeze and steal chips from.
In WSOP events, there will be a lot or recreational players there so put up short term goals like to reach Day 2. It's like golf - you need to focus on each shot at a time - if you start to think a lot ahead of you, you'll start to play bad.
I use to adapt my game a little to the table in the start, if it's lots of loose regs I usually play a bit tighter and if there are tight-passive players you can open more pots. You just need to focus on the players at your table, your own stack and the blinds. As long as you have a playable stack don't worry about the rest.
You will see that players will bust quicker than you can imagine and without looking at the clock, you'll suddenly realise that the field size has shrunk very quickly.

We at 888poker are proud to be returning to the WSOP as an Official Sponsor for the second year in a row, and we look forward to qualifying hundreds of players for events on the 69-event schedule, which of course includes the $888 Crazy Eights event.
Maybe you'll be the "Crazy Eights" champion and walk away with a minimum $888,888 first-place prize! Get started today.
For a look at the Event #54: $888 Crazy Eights 8-Handed No-Limit Hold'em structure, you can check it out here.
About the Author
By
Chad Holloway 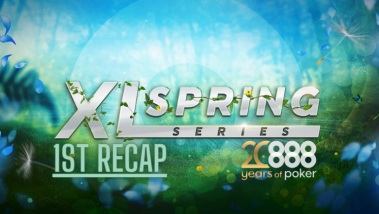 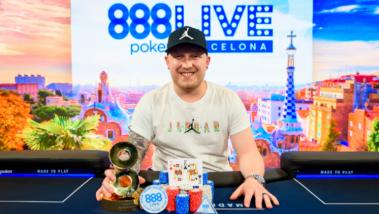 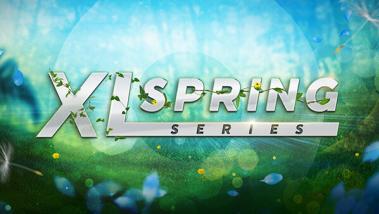 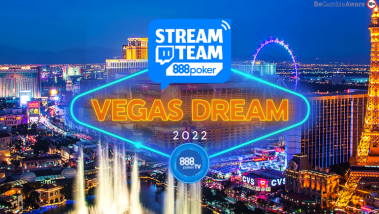 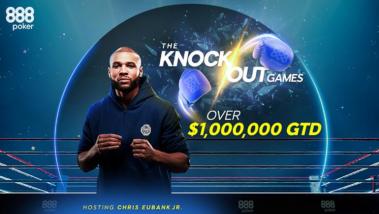