With the 888Live Festival in London coming up next week, I thought it would be a good time for me to share a few tips on how to approach this tournament. 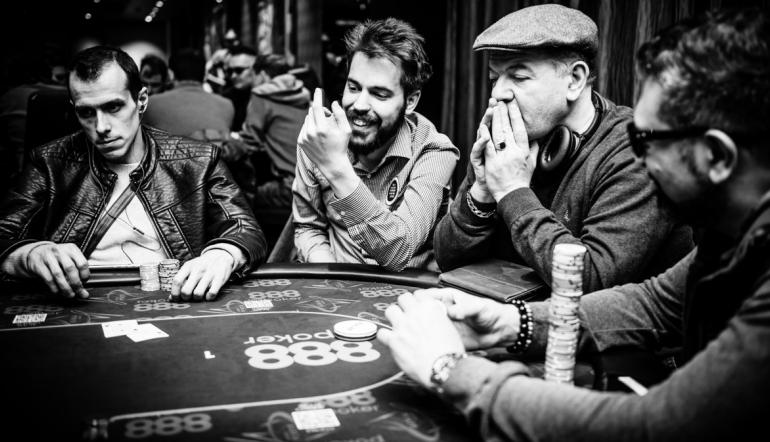 With the 888Live Festival in London coming up next week, I thought it would be a good time for me to share a few tips on how to approach this tournament.

In general, I think playing solid poker is going to be your best move, but there are few things you should be looking to take advantage of.

Very important – because, as always, the weaker players will be giving away a lot of chips and they're easiest to get when the blinds are lowest. A lot of edges in tournaments come from getting the weak players' chips. Don't miss out on your chance to be first!

2) Adjust to Your Opponents Correctly!

I think a lot of players either over-adjust or don't adjust at all. Balance is key. Just because your unknown opponent is taking a line that screams strength doesn't mean you should fold the 2nd nuts to him (or her). Save the hero folds for later when you either have a really good read or played thousands of hands with that opponent.

There is a good chance your opponent might just be over-valuing their hand.

There is a good chance they are true. Assume that the younger guys are generally more experienced aggressive players, while the older players will be tight.

As a follow up to my 2 points above, avoid making radical adjustments to your strategy unless you have a very good reason to.

Saw the old man in seat 4 roll over A4s, after 3betting an early position open? Remember that!

Saw him 3bet twice with no showdown? Well, we basically earned next to no information.

5) Showdowns Are Key for Developing Reads

And this is where you really learn a lot about your opponents' strategy, so pay attention

to those [showdowns]. A lot of information you get without showdowns is not as reliable.

There are a few live reads everyone should know. The main one being the general “strong means weak and weak means strong”. I will follow this up by giving an example from a WSOP event I played this summer (and, honestly, this one has happened to me at least 5-6 times in the past):

You get to the river in a spot where you suspect the villain has a lot of medium-strength hands, but you are unsure if they will fold.

The action is on them, and you have position. You bet the turn, and they decide to call. Now, on the river, the 3rd diamond or an overcard hits, and now they start to think.

IF they now reach for chips (or even just quickly glance at their chips) and then decide to check, they are always weak.

Plain and simple. It's one of the oldest tells in the book - and one that's sure to earn you a lot of money from weak players.

Now, better players won't have such live tells, and I won't go into detail about how to use tells in high stakes tournaments.

But, here is one thing to keep in mind -

The good live tells really won't show up unless your opponent clearly cares about the pot he/she is playing.

If you see anyone (even a strong regular) get visibly nervous during play, that's a great tell to look for later on.

Did they showdown the nuts, or were they bluffing? This spot is, once again, where having seen a showdown is key.

If you saw someone breathe heavy in one hand, and then roll over the nuts; remember that. It's a read that might come in handy later on.

Keep in mind that most reads you pick up are polarised; meaning they can either be very strong or very weak. Don't make the mistake of calling someone just because their hand was shaking (this tell is usually a sign of strength) unless you are absolutely sure your read is correct. Two to three showdowns would be nice.

One final word about hiding your own tells. You don't need to wear sunglasses, but they don't hurt. Also, be careful not to give off any other tells.

I hope some of these tips are useful, and I wish you the best of luck in the 888Live event next month.

See you at the tables,

Dominik Nitsche
888poker Ambassadors
© 2022 All rights reserved. Back to top