Dominik Nitsche Reveals All about 2017 SHRB

Dominik Nitsche speaks to Kara Scott about playing the upcoming $300,000 Super High Roller Bowl, running from May 28 through June 1 at ARIA in Las Vegas. 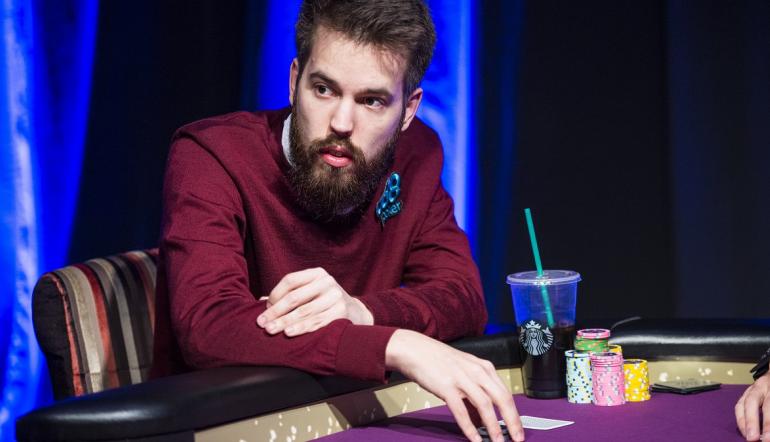 From May 28 through June 1, ARIA will once again play host to Poker Central’s 3rd Annual Super High Roller Bowl (SHRB), a tournament that earlier this year won “Event of the Year” at the American Poker Awards.

For the second year in a row, 888poker will not only serve as an official sponsor of the tournament, but we will see one of our own, 888poker Ambassador Dominik Nitsche, test his skills against some of the best poker players in the world.

Kara Scott, Nitsche’s fellow 888poker Ambassador and hostess of the SHRB, recently spoke to Nitsche about this year’s event.

“I’m very excited to play; it’s a lot of fun,” Nitsche told Scott. “Basically, it’s just a home game of all our friends. Everyone knows each other. The atmosphere is probably going to be quite relaxed at first, but I can imagine it getting quite tense at the end simply because it’s a $300,000 buy-in, and that’s a lot of money.”

Why the SHRB is One of the Best

The rake-free tournament, which once again boasts a $300,000 buy-in, is limited to 56 entrants, which means a $16,800,000 million prize pool will be up for grabs. That will be distributed to the top seven players with the eventual winner walking away with a smooth $6,000,000 million and a SHRB Championship ring.

Players will begin with 300,000 in tournament chips and will play 75-minute levels. There will also be a 30-second shot clock with five 60-second time banks given to each player every day. Again, players are prohibited from wearing sunglasses and headphones.

“[Playing] this is one of the highlights of my career for sure,” Nitsche said of playing the SHRB. “There’s not much that’s better than this tournament. It’s probably the best tournament of the year. I like my chances as above average, but like any tournament, you have to get lucky.”

Despite these odds, Nitsche revealed that he, like so many other players, will be reducing his risk by selling action.

“There’s people who can afford it, and for them, it’s great because it’s a rake-free tournament. You can justify taking a bigger shot there. For the rest of us non-multi-millionaires there’s always the option to sell action or swap with friends. In these tournaments, it’s pretty common for most people to sell a decent piece of their action. That’s how everyone gets in basically. It’s no secret that no one can really afford a $300K. I’ll be putting up a lot of money myself, but I’m not going to be putting up the full amount. If I had to guess, I’d say there will be 10-15 people in there who put up the full amount.”

Last year, the buy-in was lowered to $300,000 and saw 49 players compete. In the end, Rainer Kempe emerged victorious to capture a $5,000,000 first-place prize. Kempe bested fellow German Fedor Holz in heads-up play, while players like Erik Seidel, Bryn Kenny, and Dan Shak were all at the final table.

Expect those players to return this year as well as other confirmed participants like Daniel Negreanu, Phil Hellmuth, Matt Berkey, Tony G, John Juanda, Doug Polk, and Daniel Colman. Many of those players partook in 888poker’s “Advanced Poker Strategy” series in which they broke down the biggest hands from last year’s tournament.

Click here to read those hands and get the inside scoop as to how the pros think.

“I just assume one of the Team Germany is going to take this down,” Nitsche said of the competition. “If it’s not me, then it’s going to be one of my boys, hopefully. If not, I’ll be very sad for the first week of the summer. There’s just a lot of Germans in the field, so if none of us make the final table, we might have to fly home and grind it out back online [laughs]. I think we’re all really good players. I think we’re probably the best players in the field. If we run well and we don’t get unlucky, I think you’ll see a German winner. The final table is definitely going to have two Germans on it.”

Nitsche, a three-time World Series of Poker bracelet winner and LAPT champ, has amassed more than $6.5 million in tournament earnings dating back to 2009, but it wasn’t until the last couple of years that he dipped his toe in the High Roller pond.

“I think I’m better than ever,” Nitsche said when asked how he felt about his chances. “I’ve done a lot of work on my poker game recently, and I feel like I even have an edge over some of the pros in the field, so I’m pretty confident this year. I’ll do well in it, I think.”

Chad Holloway is a 2013 WSOP Bracelet winner who has previously worked for PokerNews as a managing editor and live reporter
© 2022 All rights reserved. Back to top