Brazilian Nicolau Villa-Lobos is excited to play the 888Live Festival Sao Paulo. Learn about the 888 Ambassador & get his thoughts on Brazil’s poker scene.

The winner of the Main Event, which features six starting flights and will be live reported by PokerNews, will also receive a $13,000 package for October’s World Series of Poker Europe at King’s Casino in Rozvadov. That tournament will start players with 25,000 in chips and play 50-minute levels on Day 1 (except for Flight 1F, which is a turbo at 30-minute levels). Levels will be 60 minutes on Days 2 and 3.

David Tuchman and WPT champ Jesse Sylvia will provide commentary for the Main Event. Another highlight of the festival is the Celebrity Freezeout Invitational, which will include soccer professionals Denilson and Cafu, as well as 888poker Ambassadors Sofia Lövgren, Kara Scott, and Chris ‘moorman1’ Moorman.

Another player who’ll be in attendance is 888poker Ambassador Nicolau Villa-Lobos. He sits sixth on that Brazil’s all-time poker money list with $1,253,674 in live tournament earnings. His biggest cash of $608,248 came in 2013 when he finished runner-up to Daniel Negreanu in the WSOP Europe €25,000 High Roller. 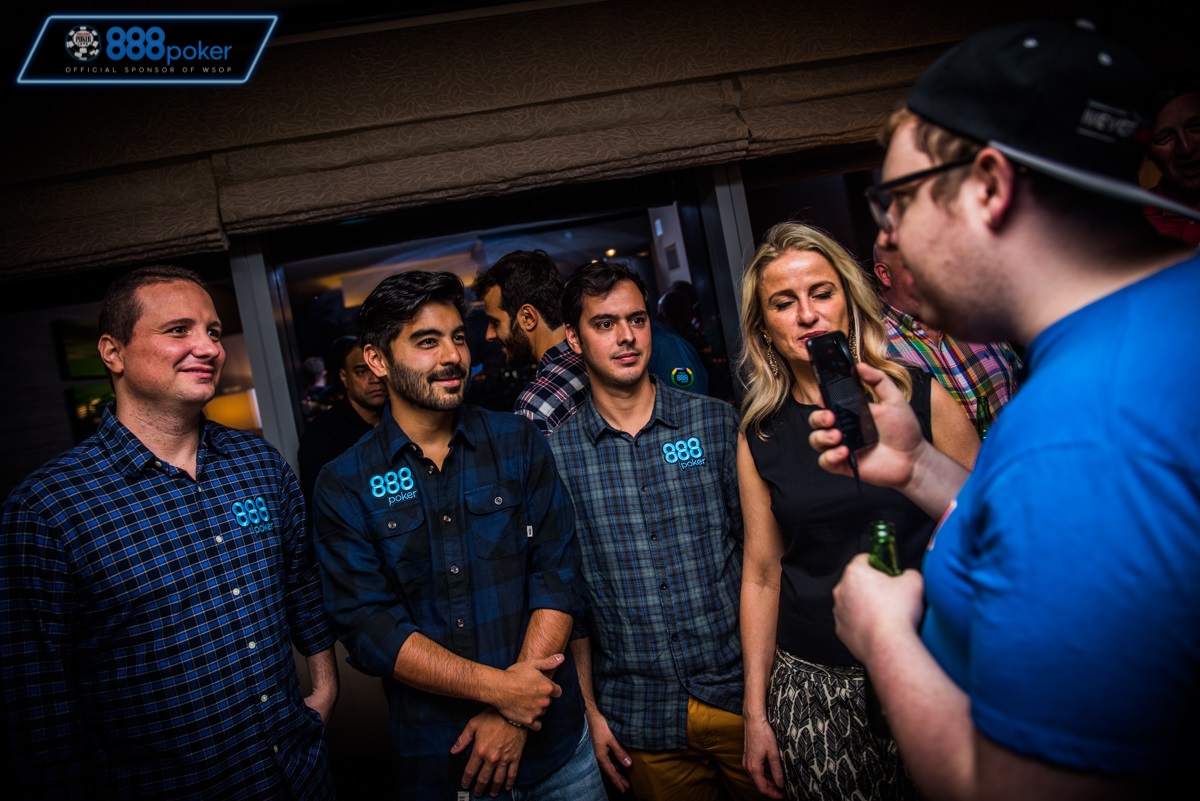 Setting Down the Path of Becoming a Poker Pro

The 29-year-old Villa-Lobos hails from Rio de Janeiro, and he is a self-proclaimed sports addict.

“I always love to compete, and this is definitely in my blood,” he says. “I had an amazing childhood, playing every sport I could. I am also really into music and cinema. Since my parent is a musician, this came along with it.”

It was during his childhood that Villa-Lobos, who was just 10 years old, learned to play poker. It happened when he was at a beach house with his family. A rainy afternoon forced everyone inside, and his father took the opportunity to teach him the game.

Still, it wasn’t until years later that he began to take the game seriously. In the meantime, he began to pursue a career in film. He event attended film school in preparation of becoming a director. That’s when the game changed my life.

It started with his runner-up finish in the BSOP and was followed by his deep run in the WSOP Main Event. However, it was his first major win that really set him down the path of becoming a professional poker player.

“The most significant moment, I think was when I travelled with my girlfriend to Edinburgh to play one of my first international tournaments and I won the UKIPT,” he remembers fondly. “That was a turning point for me, and I knew that I couldn’t look back anymore.”

It was at the UKIPT that Villa-Lobos played what he considers to be his most memorable hand.

“It was four-handed, and I was up against David Vamplew,” he recalls. “I defended the big blind with the 4♠3♠, and the flop was 2x5x6x with two spades. I check-called the flop to see a King on the turn. I check-called again his big bet after a long time in the tank. The river was an Ace, and I shoved all in before I could even think if it was good or not, but I had an instinct to do it. He thought for a while and called with 10x10x, and this was the hand that opened the way to me winning it.”

Aside from poker, Villa-Lobos loves playing football, surfing and riding his bicycle. He also recently started to once again play the video game Counter Strike, which is the game fellow poker pro Griffin Benger used to play to great success.

Poker in Brazil and Around the World

Since becoming an 888poker Ambassador, Villa-Lobos has travelled the world seeking poker glory. Among his favourite stops were 888 tournaments in Mazagan and Seefeld.

“888 tournaments are amazing,” he says. “I remember the first one I attended in Mazagan and it still one of my best memories around the globe. Meeting people from around the world to play poker and party in amazing locations, it’s really incredible. The way 888poker hosts their players is definitely unique.”

While Villa-Lobos enjoys travelling, he’s also passionate about poker in his home county.

“The poker scene in Brazil is huge,” he says, excitedly. “I would say it’s one of the biggest in the world. People are really passionate about it, and things go crazy.”

Amazingly, every player among the top 93 to cash that event was from Brazil with the exceptions of Luis Gonninger (83rd for R2,500) and Juan Franco (36th for R5,000), who both hailed from Argentina. The winner of that tournament was Thiago Carvalho, who took home R139,890/$39,426 for his efforts.

“His live game is so sick,” Villa-Lobos says of Foster, who is also known as Bruno Politano. “It’s incredible how he makes a castle of chips in every tournament he plays.”

Villa-Lobos is also quick to point out the successes of other Brazilian players including Bernardo “Bedias” Dias, who sits 15th on the country’s all-time poker money list with $679,944 in live tournament earnings.

“We are studying a lot together, and he is having a great year so far,” says Villa-Lobos. “He is a beast online and now is sharpening his live game. I also really like the guys from the 4-Bet Team, Rafael Moraes and Thiago Crema, two of the very best we have.”

Finally, if you’re coming to the 888Live Festival Sao Paulo, Villa-Lobos has some advice for you.

“Sao Paulo has amazing food and one of the best nightlife scenes in the world,” he says. “Be sure to set aside some time to go around and have fun. It’s always a great experience playing 888 Festivals.”

Satellites for the 888Live Festival Sao Paulo are running now on 888poker starting at just 1₵.

Chad Holloway is a 2013 WSOP Bracelet winner who has previously worked for PokerNews as a managing editor and live reporter
© 2021 All rights reserved. Back to top