888Live Local London Main Event returned to Aspers Casino in Westfield Stratford for four days of poker from 3rd to the 6th of March. Irishman Ralph Baylor emerged victorious taking home £22,500, the trophy and a Las Vegas experience package worth $2,200.

It was an amazing Team888 debut at a live tournament poker event for the newest ambassador for Team 888, Kara Scott. Her third-place finish for £10,250 is guaranteed to steal the headlines.

Action from Day 1a

The £220 buy-in single re-entry event kicked off on Thursday at 7pm for what would be the first of three day 1's in this two-day tournament. Day 1a eventually attracted 168 entries (143 unique with 25 re-entries) with players getting plenty of play with a starting stack of 25,000, and no doubt attracted by the £50,000 guarantee.

It wasn’t long before Aspers regular Adrian Binisan Petru claimed the first spot prize of a PlayStation 4 for hitting a full house better than eights-full.

Danny Mills summed up the spirit of the media event afterwards when he spoke to us saying, “I think the pros were unnerved by my technique. I tried to get in their heads and played some hands blind, but really I play for fun. I think the majority of the population play for fun, and if you win, then that’s a bonus.”

Action in the Main Event wrapped up in the early hours with 21 players bagging up chips and a place on the final Day 2.

Heating Up on Day 1b

Day 1b attracted 195 entries representing 173 unique players and 22 re-buys. It also saw 14 players, who had qualified online through 888, enter the tournament and receiving a goody bag of branded merchandise before getting patched up and taking their seats.

Jay Beavers was one such qualifier who battled through the snow on his drive down from Manchester. He qualified for the tournament through a freeroll that gave him a ticket to the $30 qualifier, where he then won his seat. This was Beaver’s first live event, and he more than held his own on a table that included, Team888 Ambassador Kara Scott for a large part of the day.

Another early hours finish saw 26 players survive the 14 levels to join Day 1a survivors looking for a shot at a big payday.

The final Day 1 was on Saturday and had a player-friendly 2pm start. It attracted 227 entries, which resulted in a record for this event totalling 590. That number generated a huge prize pool of £116,820, smashing the £50,000 guarantee.

At the close of another 14 levels of play, 31 players bagged up chips and the tally for all three flight day 1 flights stood at 78.

Aspers Partners With 888 For 12 Months

The poker room at Aspers has recently entered into an agreement with us to deck their spacious 34-table poker room with 888Live branding. John Scanlon, Head of Poker at Aspers Casino, explained at the close of Day 1b how it really was a mutually beneficial arrangement.

“It’s a twelve-month partnership we’ve agreed to cross promote live poker with online poker. Because of how strong 888 are in the UK market, it made sense to do the partnership with them. There are a lot of synergies between Aspers and our mindset in how we see poker developing in the future. “

“There is going to be a full calendar of events, varying from this live local level, which is £220, going up to maybe even higher than £880. So there will be something for different levels of players. We’re going to make it as aspirational as possible. We run lots of satellites and promotions. One of the other things that really attracted us to 888 is how they promote to their players and keep them engaged.”

“It’s been a very busy month of poker in the UK. There have been lots of different events up and down the country, and the response that we’ve had has been excellent so I would expect tomorrow, Saturday, would be the busiest day. We’re well over the guarantee, and I definitely expect us to exceed twice the guarantee, so I’d expect a prize pool of over £100,000.”

Sunday 6th March saw 78 players ready to do battle for the top prize of £22,500. But, with just 63 places getting paid, the first order of business was the money bubble. The bubble burst when online qualifier Danny Rohrbasser ran his ace-queen into aces, but he was presented with a consolation prize of a pair Sonos Play:1 Speakers. The remaining players were then guaranteed a min-cash of £450.

After a flurry of bust outs, where short stacks got it in trying to double up, the action got more intense as the final table, and a huge pay-day became a reality. One player, Ralph Baylor, emerged from the pack with four tables remaining and began to use his big stack to devastating effect.

When the final table of nine was set, it was Baylor who had the chip lead and the standings looked like this:

Baylor kept up the pressure, picking up pots where he could and getting big hands where he needed them He eventually got heads-up with Bernard Okyere-Sasu and after a cagey half hour eliminated him to emerge triumphant. 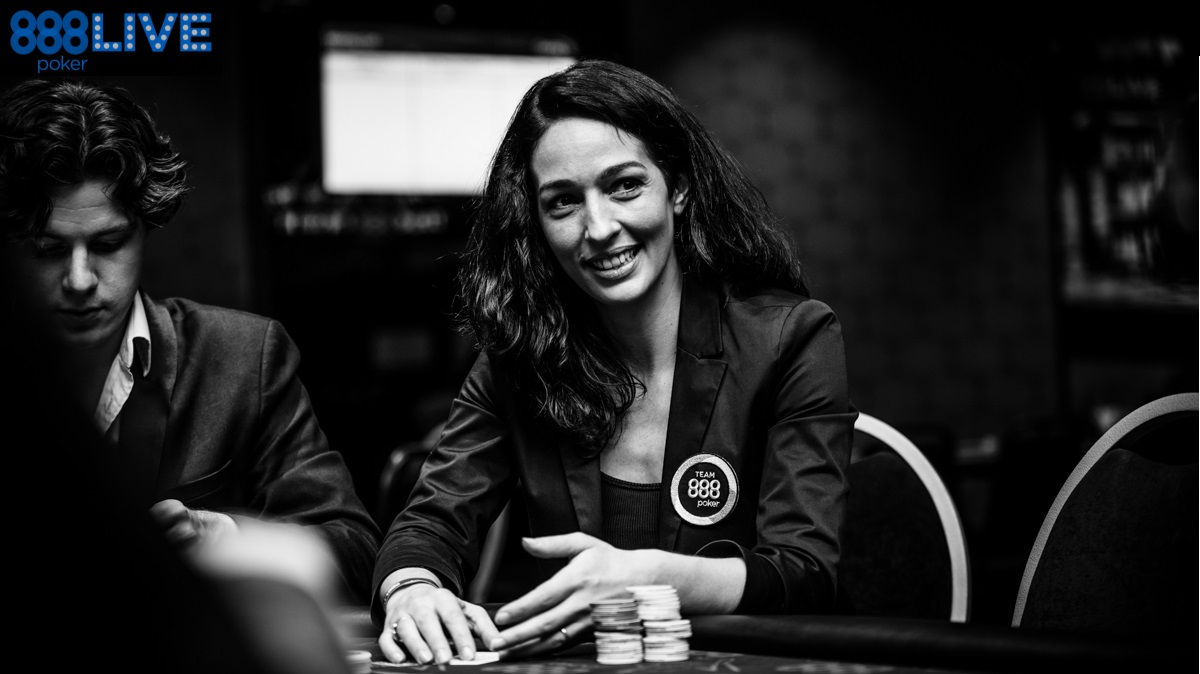 We Have a Winner

After his victory, the soft-spoken Irishman from Cork said, “It’s my biggest cash by a big margin so I can’t complain, I enjoyed the tournament. The structure of two-day events is ideal, and the guarantee as well is an attractive package. I just play a few tournaments a year. There’s a lot of play in the deep levels. Also, the three day one option gives you a lot of flexibility to re-enter.”

With that Baylor went to collect his winnings before heading for work in the morning.

Baylor had claimed the scalp of third-place finisher Kara Scott, who played the entire tournament with a smile on her face, as she continues to rediscover her love for live poker.

The final eloquent words for this tournament should rightly be left to Scott after her astounding run in her first live tournament representing 888 as our newest ambassador.

“It’s a great start. It felt so much fun. The first day was really long for me, and I was telling myself, “don’t throw it away, don’t throw it away.” I had a really nice stack, and I managed to keep it together, and I’m kind of proud of that, because I have a really bad habit late at night in the last level of throwing away a lot of chips, and I didn’t do that. It was a nice personal goal met.”

“For a while, I really wasn’t finding the fun in poker as much and then the last couple of years I’ve managed to re-find it, and this is part of that for me. I play because I really love the game, and I like being able to sit at tables with people and hear their stories and tell some jokes. It was really nice. I smiled the whole time.”