888poker Live London Kickoff was a huge success with 547 entries contributing to a prize pool of more than £215,000. Get the full recap here. 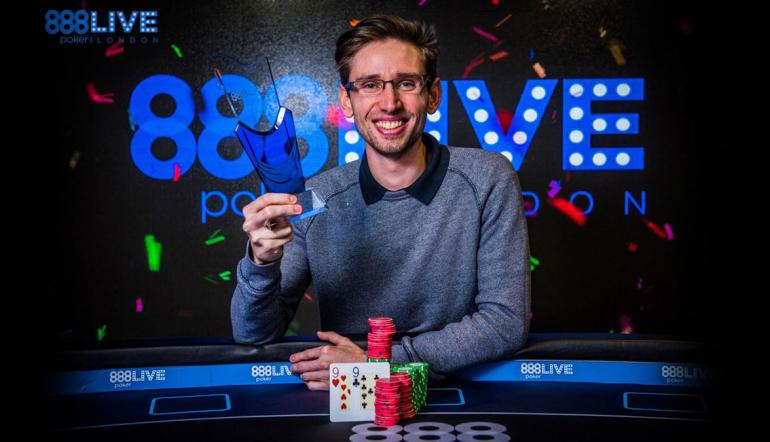 888poker Live kicked off the season with the first stop in London at Aspers Casino in London’s East End. The event was made up of three events, a £440 buy-in tournament with £120,000 guarantee, a $5,000 Charity Event and a £2/£5 No Limit Hold’em Celebrity Cash Game with a £10 straddle thrown in for good measure.

It was a fantastic 888poker LIVE 2018 debut for Team888 as the ambassadors came out in force. Kara Scott was joined by Dominik Nitsche,  Natalie Hof along with 888’s newest ambassador, Brazil’s Vivian Saliba.

Action from the Day 1’s

The £440 buy-in event, with a single re-entry per flight, kicked off on Thursday, February 8, 2018. With four flights to choose from, players were spoilt for choice and also had the opportunity to play re-enter if they busted any of the flights:

Day 1A attracted 118 entrees and set the standard. From the outset, it looked as if the guarantee would be obliterated.

Day 1B saw 158 players enter the fray with 25 surviving to Day 2. Day 1C brought in a further 215 players and Day 1D, which an on the same day as Day 1C saw 56 players try out their poker skills at the tables. 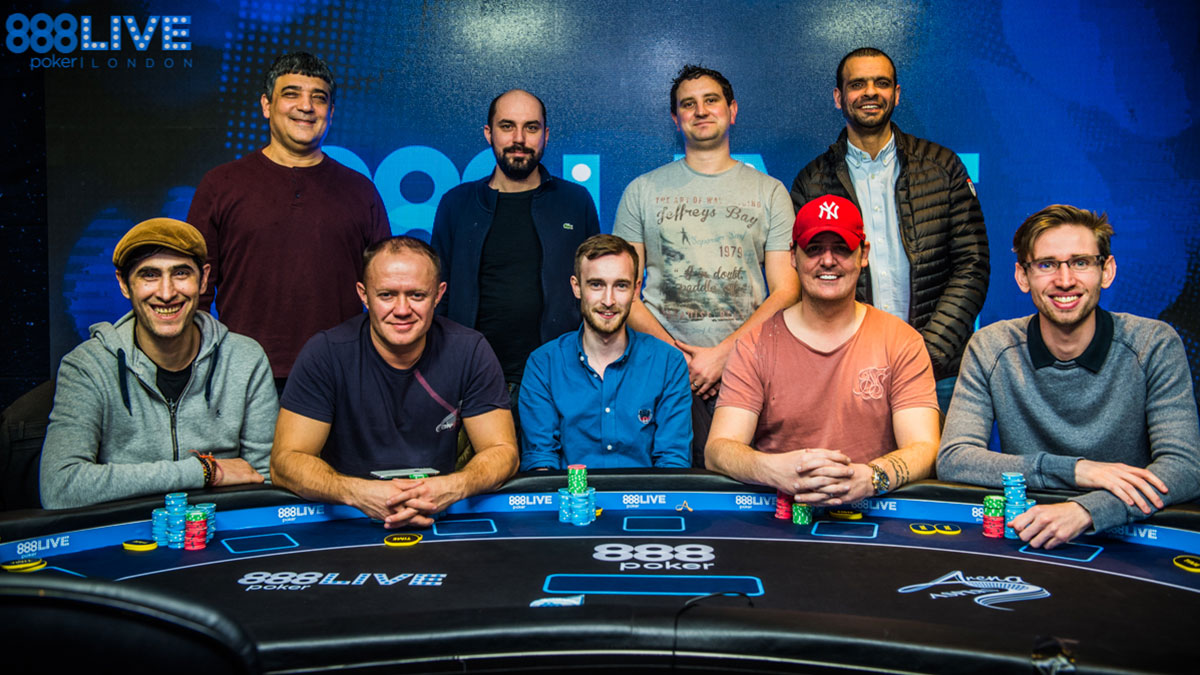 Here are the top 9 payouts:

A total of 54 players cashed with the minimum cash of £975.00. And, not to be outdone, players who finished in 55th to 63rd place got a consolation prize of a WPT500 entry. This special event is scheduled for March and will be played both online and at live Aspers Casino venues throughout the UK. 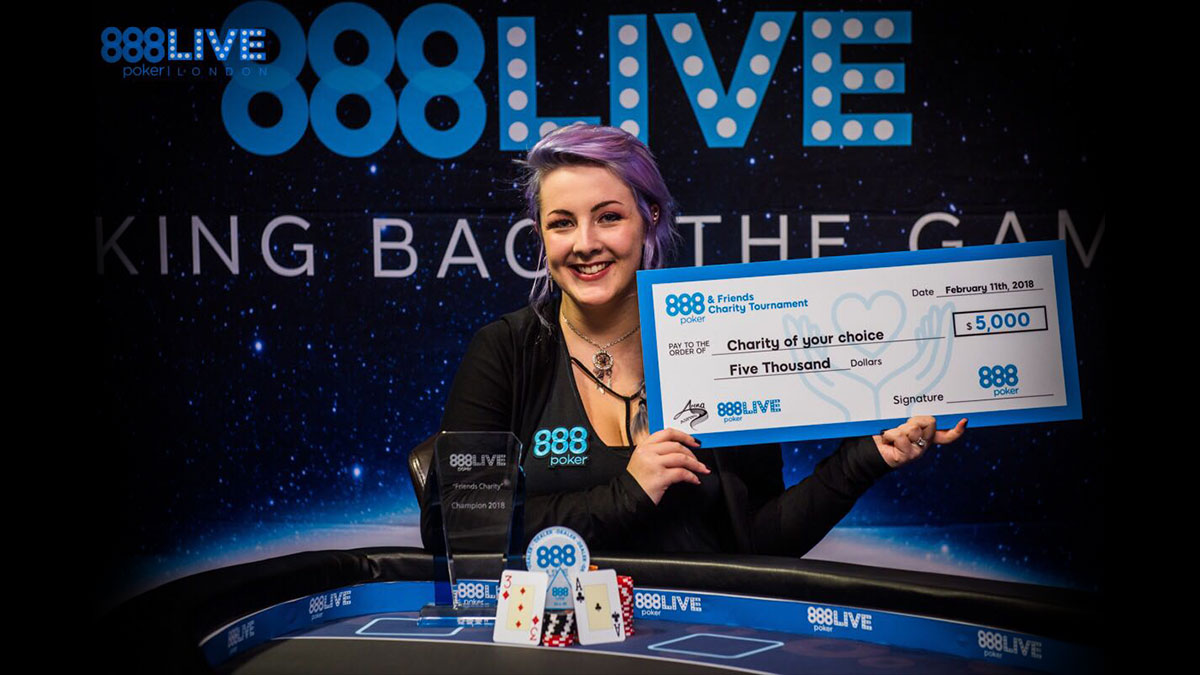 On the Saturday before Day 2, we held an invitation-only cash game with a twist. Team888’s ambassadors, Vivian Saliba were joined by David Tuchman, Beth Cape and local players.

The name of the game was No Limit Hold’em with £2/£5 stakes and a £10 mandatory straddle added to the mix. Other side bets included all players at the table having to give £10 each to any player who won a hand with that monster – 7-2. Of course, our very own Tuchman won back-to-back hands with this beast!

Vivian played a surprisingly aggressive game, and Chris was Chris – managing to double up and walk away with the most chips. After losing an all-in pot to Moorman earlier in the session, Tuchman was almost stuck but was able to double up at the very end with KK>JJ.

All in all, everyone had fun and the game could have gone on all night with Sofia threatening to jump into the fray – except she was playing the main event. We say, lucky for the rest of the team!

On the final day of play, the $5,000 888poker Live Charity Event also took place. As important as Day 2 of the Kickoff event was, the players in this event took it just as seriously.

After almost 4 hours of play, Beth Cape came out on top, managing to tackle midfielder Mulley to bag $5,000 for her chosen charity – Mind. 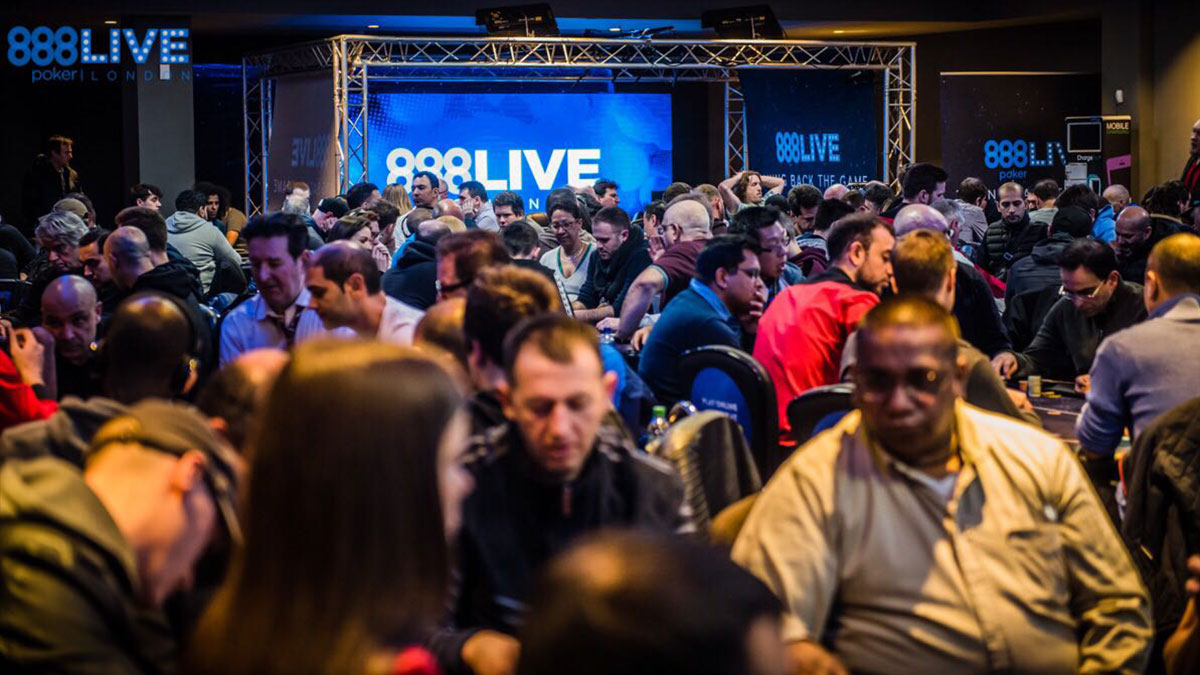 After several hours of play, the final table was reached with 9 players battling for the top prize. Amongst the Final 9 was Beth Cape’s partner, Jonathan Bowers.

To say that play was tight at this final table would be an understatement. We had players folding K-Q suited and A-10 pre-flop to a single 3bet. One of the main reasons for this was the slim differences between the stacks and the big pay jumps. It was worth clinging on by the fingertips, if necessary.

However, the blinds will always tell a different story and, in this one, at some point, you had to play a hand and go all-in.

And, then there were four… 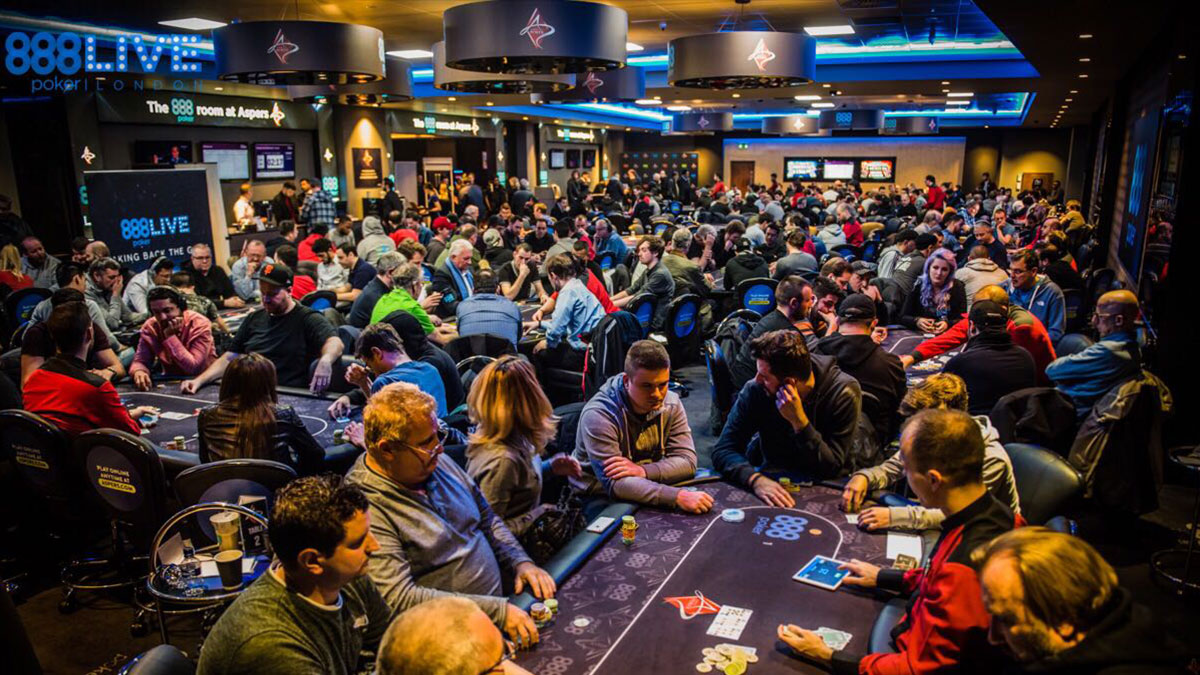 We Have a Winner, Sir!

After 15 hours of play, fatigue was definitely becoming a factor when we got down to four-handed play.

The standard payouts for the top 4 places were as follows:

After several hours of four-handed play, it was decided that a deal was in order. With so much money on the table, it was easy(ish) for the players to come to an agreement.

It was decided that the trophy to the player with the most chips at that time with the money being apportioned along ICM lines.

See you at our next 888poker LIVE stop in Bucharest!