July 31 2016
Live Events
Have you heard the legend of the "PonsMaker"? It's a story about a man who turned €30 into a minimum $1,000,000 playing poker.
It almost didn't happen, though. That's because that man, 37-year-old Fernando Pons, tried to stop after turning his small investment into $250. Had the Spaniard been able to cash out, he would have walked away, and the story would've ended there.
Instead, Pons is still competing in poker's most prestigious tournament and has a shot at an $8 million first-place prize.
Pons' place in history won't be determined until November. At which time, the account executive for a retail chain in Palma, Spain will return to Las Vegas to battle it out in the 2016 World Series of Poker Main Event - a tournament that attracted 6,737 players to Las Vegas this past July.
Pons, one of 148 who qualified to play the tournament on 888poker, was just one of nine players to survive a marathon seven days of play. In the end, he and another player, Griffin Benger, became the first 888poker qualifiers to ever make the coveted November Nine.

Qualifying for the World Series of Poker

For Pons, who is married with a four-year-old daughter, poker was just a hobby. In fact, he learned to play the game at a friend's house just six years ago, making him a latecomer to the game.
"I liked it from the first minute even though I didn’t know the basics," says Pons, who doesn't speak much English. "I had to search on [the] internet to look for the rules of the game."
Coincidentally, it'd be online where Pons would make his poker dreams come true. Earlier this year, Pons won a €30 satellite on 888poker.es satellite, which awarded him a seat into a €250 seat into the next step. It's there that he would've walked away if given the option.
"I was playing the €30 step thinking that I could cash out €250, in case of winning," he explains. "Only then I realised the €250 was only valid for the next step. I told myself, 'why not?' and then started playing the €250 step. When there were just four left, that is when I started feeling like I could really make it, and I did!"
Of course, making it to the WSOP wasn't easy. In fact, there were times during the satellites when Pons was knocking on elimination's door. When asked about those trying times, Pons was quick to answer.
"I can recall well because I was multi-tabling," he says. "The one thing I remember is that I made the satellite final table in eighth place. I felt that it was going to be tough, but I never lost hope. Who knows if in the November Nine the same will happen."

Similarities to the Man Who Sparked a Poker Boom

Pons' story is reminiscent of the most famous qualifier in poker history, Chris Moneymaker. In 2003, the Tennessee accountant won a $39 satellite and turned it into $2.5 million. He topped a field of 839 players to win the WSOP Main Event, which subsequently changed the course of poker history.
"I feel praised because is a very similar story," says Pons. "My friends already started calling me Moneymaker, but I still need to win the November Nine to really be like him."
Pons, who enjoys football and fishing, won't be starting the final table eighth in chips like he did in the satellite, but instead dead last with 6.15 million. It might not seem like much, especially compared to the chip leader's 74.6 million, but that doesn't faze Pons.
"No intimidation," he answers when asked if he feels pressure being the short stack. "I feel confident I can run it up. I will keep playing as I did during the seven days in Vegas. I feel no pressure and have a nothing-to-lose mindset. The bubble did hurt me a bit. The short stack had five big blinds, and I had 18 big blinds. I wasn’t nervous, but was furious because I could do nothing other than just wait for the short stack to bust. That and the pressure to become a November Niner made me to drop to 12 big blinds." 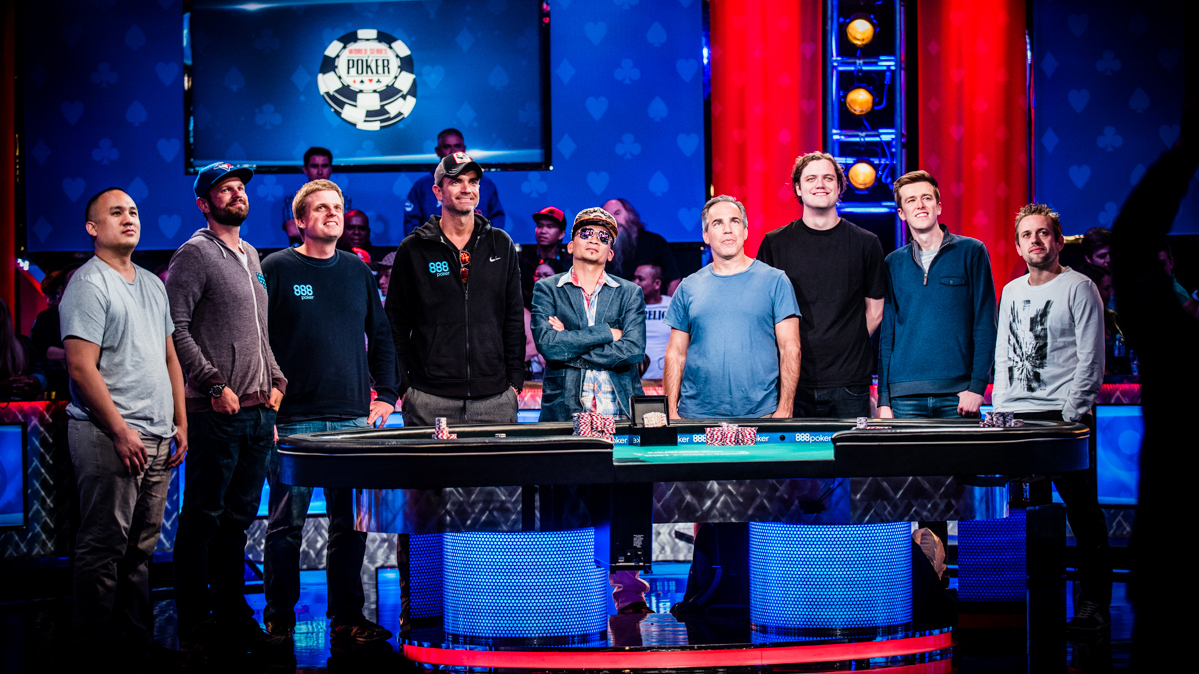 Navigating the Ups and Downs of Poker

Despite being the short stack and having little live experience, Pons, the first Spaniard to make the final table since Andoni Larrabe did it in 2014, does have a lot of support. During his run in the Main Event, his friends, Massa Paola and Fali, cheered him on. Eventually, Fali had to leave Vegas on Day 5, but Paola changed his flight so he could be there to the bitter end.
"Paolo lives in Mallorca for a long time," Pons says of his friend. "We met in Mallorca Casino, and we became friends very fast. He is a very easygoing person and very social, someone who gets along well with everybody. It is always good to have someone supporting you, particularly when the game takes so long. From time to time, you can talk to someone and mentally relax for while."
Pons needed it too as his run in the Main Event was a roller-coaster of emotion.
"I had three key hands," Pons recalls. "First was during Day 4 when I made a hero call that could have seen me eliminated. On Day 6, I had a lucky hand where I doubled up 99 against AA, and the other hand was a big flip JJ vs. AQ that put me in the chip lead. In the nines vs. aces hand, the nine showed up on the turn, so that was intense."
The road to the November Nine may not have been easy, but Pons made it. As a result, he is guaranteed the $1 million that will be awarded to the ninth-place finisher, but has a shot at much more.

Preparing for the November Nine

Pons will have to wait three months to see if he can rebound from the short stack and make a run at the $8 million first-place prize, and while that would cause a lot of people stress and anxiety, he plans on getting back to his normal life.
Unlike other November Niners, he doesn't plan on seeking out professional advice, which means he won't be hiring a coach. However, he does say that he will play a few more live events to gain experience and better his chances.
"I will be playing some 888Local and 888Live events, and I will also attend a Barcelona event in August," says Pons. He also plans to continue playing on 888poker because of "good promotions and a lot of recreational players."
No matter where he finishes come November, the story of the "PonsMaker" is truly incredible. The only thing that remains to be seen is whether this poker millionaire can become one eight times over!
About the Author
By
Chad Holloway