What is Crossbooking in Poker?

A crossbook is a bet between two players in the same event. The player who busts out first owes his opponent a percentage of the winnings difference. 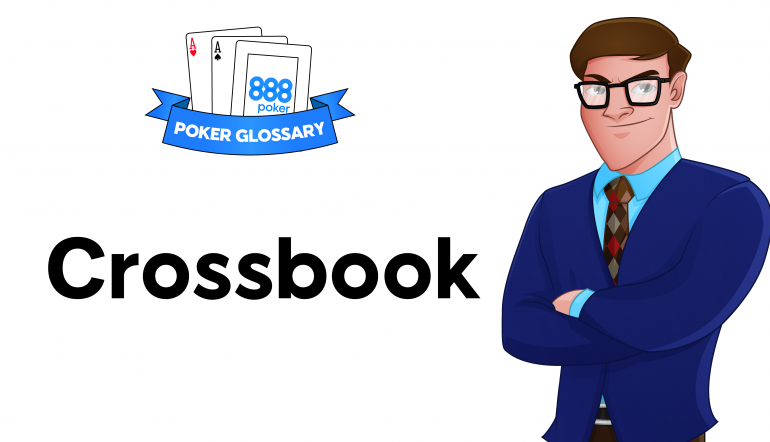 A crossbook is a bet between two players in the same event. The player who busts out first owes his opponent a percentage of the winnings difference.

In the case of crossbooking in a cash game, the winner will be determined by a comparison of profits over that session (or period of time).

How Does Crossbooking Work in Poker?

Crossbooking is where two poker players are playing in the same event and make a side-bet against each other. The loser must pay the winner a percentage of the difference between their earnings. For example player A and B crossbook for 20% of a poker tournament. Player A busts out first and cashes $5,000, while player B goes on to win $15,000. The difference between their winnings is $10,000 so player A owes player B $2,000 (20% of the difference).

Why Do Poker Players Crossbook?

Mostly because they believe they will perform better in the event than the player they are crossbooking against. Often it may just be for fun, to make the stakes a bit juicier, or for bragging rights.

When Should I Crossbook in Poker?

Crossbooking makes the most sense when we expect to perform better in a poker event than the player we are crossbooking against. We might decide to crossbook against a player of equivalent or better skill for fun, or for bragging rights, but this would now fall under the category of gambling rather than investing.

Is Crossbooking Profitable in Poker?

If we are able to consistently crossbook against poker players who are worse than us, it can be a nice way to increase our earnings. Crossbooking for fun against opponents of equivalent or better skill will not be profitable in the long-run even if we occasionally win over the short term.

Crossbooking is where two players who are playing the same event make a bet against each other. The player who busts out first owes his opponent a percentage of the winnings difference. If we are able to consistently crossbook against players who are worse than us this might be a good way to increase our earnings over the long run.