What is the Small Blind (SB) in Poker?

The position at the poker table to the direct right of the button. Also the name of the mandatory blind payment the player in this seat makes at the start of every hand. 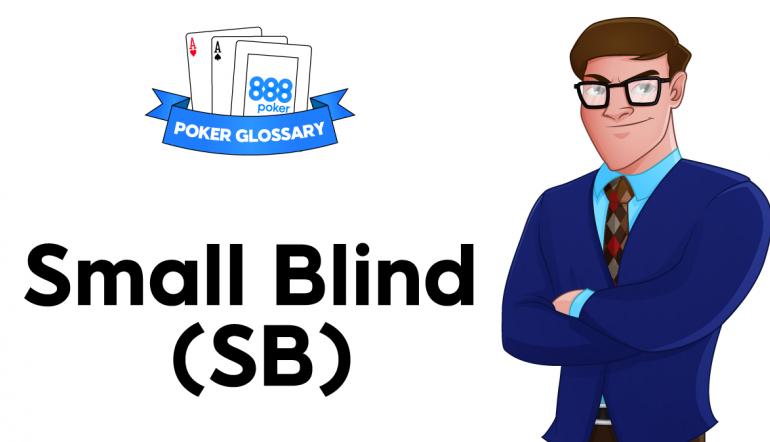 Why is it Called the Small Blind in Poker?

Is it Possible to Steal from the Small Blind in Poker?

The small blind is considered one of the three steal positions at the table (alongside the button and cutoff). When the action is folded to us in the small blind we only need to get our steal attempt past the big blind in order to pick up the pot uncontested. This means we should be attempting to steal somewhat aggressively. The drawback is that if big blind does decide to defend then we will find ourselves out of position postflop.

Which Hands Should We Open Raise from the Small Blind?

While it does depend on the exact game, a typical cash game player will open raise around 40% of starting hands from the cutoff. This will generally be the top 40% of starting hands depending on how we value them. If the big blind is folding a lot preflop however it can quickly become correct to start open raising 100% of holdings from the small blind.

How Should We Play Against Open Raises When in the Small Blind?

It depends on the position of the open raiser. If the open raiser is on the button or cutoff we can typically 3bet (known as restealing in this context) quite aggressively. If our opponent is opening in middle-position or earlier we want to treat the open-raise with more caution and only 3bet premium holdings.

What is a Good Small Blind Winrate?

How Should We Play Against Small Blind Open Raises?

Do All Poker Variants Have a Small Blind Seat?

The small blind is considered one of the worst positions at the poker table. This does not mean small blind play is not important however - we should be doing everything we can to limit our losses from this position. We should be looking to play actively when the action is folded around to us preflop or when we face an open-raise from late position. In other scenarios we’ll look to fold a lot and play a tight range of premium holdings only. Why not check out our top tips for playing from the blinds?