In recent years, both active and retired athletes have taken up poker. Here’s a list of 10 athletes who don’t stand a good chance of adopting a poker face 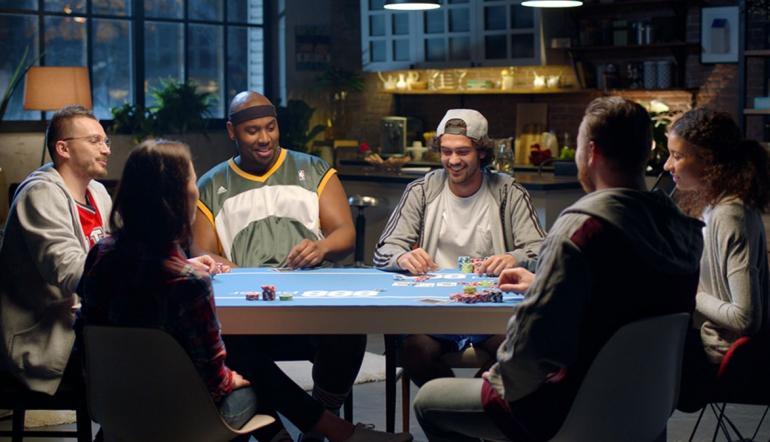 It’s not uncommon to see sports stars, both active and retired, try their hand at poker. Here at 888poker, we even have football legend Denílson as an ambassador.

Other sports figures who have been active on the poker scene are former New England Patriot and seven-time Pro Bowler Richard Seymour; the most decorated Olympian in history, Michael Phelps; Orel Hershiser, who spent 18 seasons pitching in Major League Baseball; and NBA players Paul Pierce, Shawn Marion, and Gilbert Arenas.

Additionally, numerous athletes use poker as a vehicle to support their various charity endeavours. For instance, each year former Miami Dolphins defensive and NFL Hall of Fame Jason Taylor hosts a charity poker tournament at Seminole Hard Rock Casino in Hollywood, Florida. The event benefits the Jason Taylor Foundation, which helps underprivileged kids in South Florida. Then there’s Tiger Woods, who hosts an annual charity bash in conjunction with the World Poker Tour.

However, poker isn’t for everyone. In fact, there are some athletes out there who would be better suited to avoid the game. Below is our list of 10 athletes from different sports who are either too reckless, crazy, or emotionally unstable to adopt a poker face.

If you watched this year’s NFL draft, you no doubt remember the highlight that came late in the first round. That is when UCLA defensive end Takkarist McKinley was drafted 26th overall by the Atlanta Falcons and lit up social media.

“Fine me later,” a fired-up McKinley said after dropping a F-bomb live on television. McKinley was aggressively emotional in tribute to his late grandmother, who wasn’t there to see his football dreams come true. Some found his behaviour disrespectful, while others were touched by his passion.

As for poker, keeping your emotions in check is important. While we’d love to see McKinley’s reaction to winning a big poker tournament, we’re guessing some tilt-induced emotional outbursts would prevent that from ever happening.

He’s currently an analyst for the NHL on NBC, but before that he spent 12 seasons playing for the Boston Bruins. He’s made controversial mistakes in both positions. As a player, Millbury infamously smacked a fan on the head with his shoe, which resulted in a six-game suspension and arenas installing higher class panels around their rinks.

Last year, Milbury made headlines after he went on a rant when cameras caught a player dancing during pregame warmups. It wasn’t a big deal, but Milbury’s response was both over the top, out of line, and according to some, had racist undertones.

To be successful in poker, players must exhibit the ability to make wise decisions. Milbury has done the opposite on numerous occasions throughout his career. He should probably skip poker and take up a game he can play alone, like golf.

Speaking of golf, John Daly wouldn’t make a great poker player. The “Wild Thing,” who has 18 professional wins, revealed in his 2006 autobiography that he has a gambling problem. He claimed to have lost $50-$60 million in the 15 years prior to the book release. He was also purported to lose over a million dollars playing a $5,000-a-spin slot machine in Las Vegas.

It’s important for poker players to practice responsible gaming. If anyone has a problem doing so, like Daly, then it’s likely in their best interest to avoid the game.

Driver of the No. 41 Ford Fusion, Busch is one of the most recognisable names in all of racing. Still active on the circuit, chances are he wouldn’t even have time to play poker. That’s a good thing as his controversial nature probably wouldn’t lead to success.

Over the years, Busch has bumped other racers’ cars, gotten into fights, and launched into profanity-filled rants. He was also suspended in 2015 after allegations of domestic violence surfaced. For the last decade, nary a year has gone by where Busch hasn’t found himself in hot water.

His concentration skills and ability to deal with high-pressure situations might make him a good poker player, but we’re guessing he’d have trouble finding the balance needed for success.

The 6’10” basketball player was in the NBA from 2002-2016, and while he enjoyed a successful career, it was littered with temper tantrums. For instance, in 2012 he left the American Airlines Arena with his arm in a sling. Why?

It wasn’t a basketball-related injury. Instead, he had a temper tantrum, punched a fire extinguisher door, and cut his left hand. Later in his career, he got into a Twitter spat with a fan and used a homophobic slur, which resulted in a $50,000 fine.

Poker requires a thick skin, and Stoudemire doesn’t appear to have one.

Serena Williams may be to tennis what Phil Hellmuth is to poker – the game’s biggest sore loser. Like the “Poker Brat,” Williams has exhibited poor sportsmanship on more than one occasion.

“I’m going to take this ball and shove it down your [expletive] throat,” Williams once told a line judge in a rage-filled rant after she was called for a foot fault.

If you Google “Serena Williams temper,” you will find results such headlines as “Serena Williams and the 20 Worst Temper Tantrums in Tennis History” and “ESPN indulges Serena Williams’ Bad-Example Tantrums.” If you do the same for Hellmuth, you’ll discover similar titles.

That said, Hellmuth is the most decorated poker player in history. Both he and Williams clearly have a passion for their respective games, so if she did transition over, there’s no telling what she might accomplish.

The NCAA college basketball star made national headlines last year after intentionally tripping his opponents. First, it was Louisville’s Raymond Spaliding, and then FSU’s Xavier Rathan-Mayes. The next season he said such incidents were behind him, but then he tripped Elon Phoenix’s, Steven Santa Ana. All this from the team captain!

Making it worse is Allen didn’t take responsibility for his actions. At first, a lack of discipline suggested the team condoned his bad behaviour, but eventually, he was stripped of his “Team Captain” title and suspended indefinitely, though he returned to play earlier this year.

Allen has anger issues, and his tripping antics are akin to running an angle in poker. If he did take up the card game, there’s a good chance he would stretch the bounds of both the rules and etiquette in his quest to win.

The New England Patriots’ tight end, known to the masses as “Gronk,” is a beast on the field. Off the field, he’s developed a reputation as a bit of a wild man. His “Gronk Party Ship” and “Gronk Party Bus” have become legendary. He’s appeared on the cover of GQ, lives the nightlife, and may remind some poker fans of Dan Bilzerian.

Most recently, Gronk’s over-the-top behaviour resulted in the roast of former Red Sox star David Ortiz not airing on television. The reason – Gronkowski’s jokes were too X-rated.

None of that means he’d be a bad poker player, but being in Las Vegas can be dangerous to those who like to party. Still, we can’t help but think poker might be more fun with Gronk in it. He tends to bring the party, and it’d be cool to see him play alongside former Patriot, Richard Seymour.

On June 22, Ball was selected second overall in the 2017 NBA Draft by the Los Angeles Lakers. He’s slated to be a superstar and is expected to enjoy a Hall of Fame career. We wouldn’t have a problem with Ball playing poker but, the problem is he may be accompanied by his outspoken father, LaVar.

LaVar took over the spotlight after claiming his son was better than Stephen Curry, LeBron James, and Russell Westbrook. He then released a $495 shoe under his Big Baller Brand, which drew widespread criticism. He seems to crave attention and being humble doesn’t appear within his abilities. He’s even been called “the worst thing to happen to basketball in the last hundred years.”

It’d be great to have someone of Lonzo Ball’s calibre involved in poker, but not if it means his father doesn’t allow him to be his own man. The last thing the game needs is for someone like LaVar to become the worst thing to happen to poker this century. 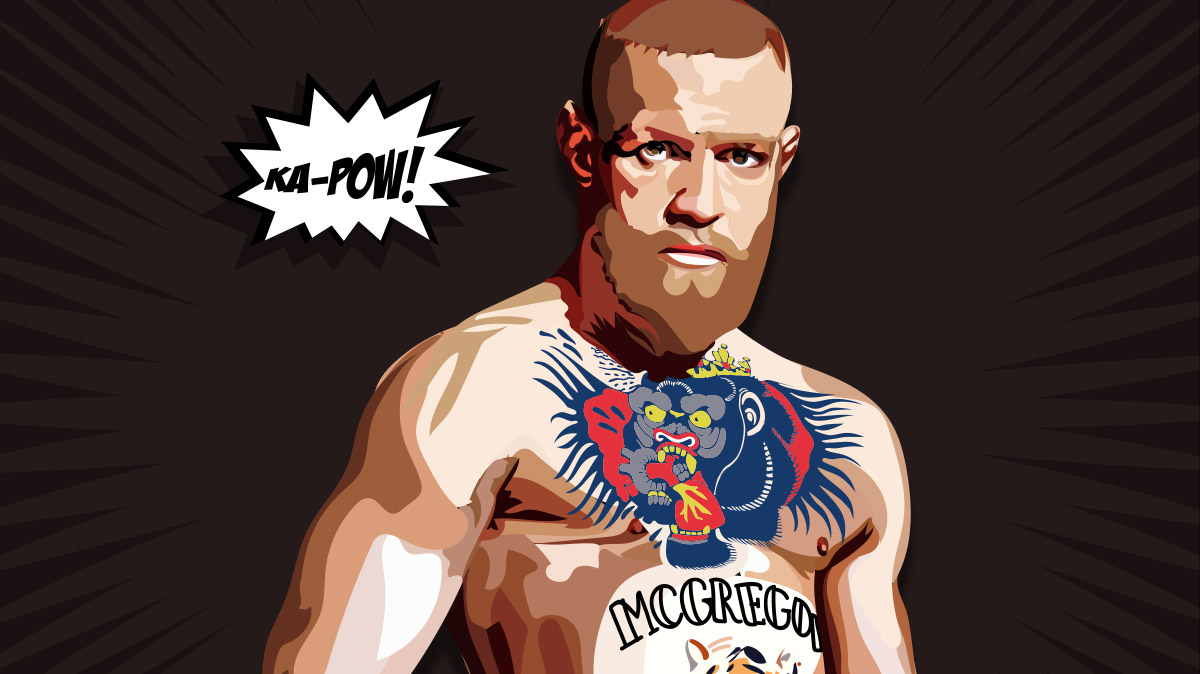 We admit that having UFC star Connor McGregor in poker would be highly entertaining. He’d no doubt enter the game thinking he could immediately take on top contenders, much like he’s doing with his upcoming boxing match against Floyd Mayweather, who came out of retirement specifically to take on the Irishman.

It’s already being billed as one of boxing’s greatest fights despite most experts predicting an easy win by Mayweather. Love him or hate him, there’s no denying McGregor is a force willing to try new things. He’s brash and arrogant, yet talented and confident.

It would be great to see him bring his fortune to the poker tables to take on some of the best players like Phil Ivey and Chris Moorman, but he probably stands even less of a chance against them as he does against Mayweather.

McGregor is a superior physical specimen, and while there’s certainly a big mental aspect that comes with mixed-martial arts, poker requires a different sort of mental fortitude. We predict his skills wouldn’t carry over to poker, but we’ll never know unless he takes a seat in the game!

Make Sure You Know these Top 7 Tips before Heading to Vegas!