In an interview with 888poker.com, Paul Ince has claimed unsettled Anders Herrera is ill-suited to the frenetic pace of the English game. Read More 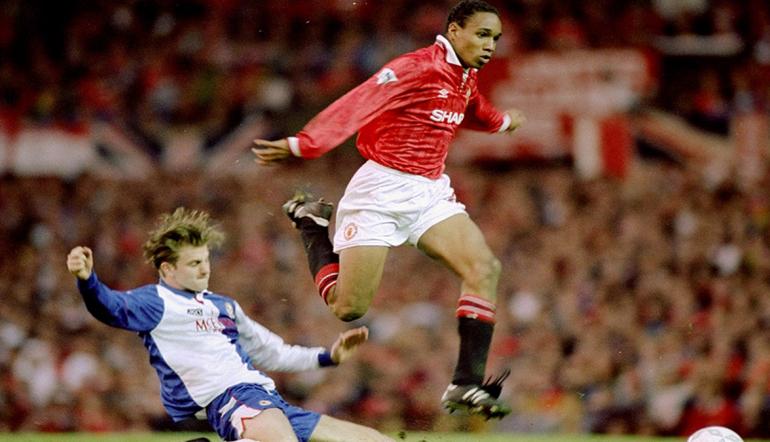 In an exclusive interview with 888poker.com former Manchester United captain Paul Ince has claimed unsettled Ander Herrera is ill-suited to the frenetic pace of the English game and can understand why he isn’t a regular starter for the 13 times Premier League champs.

The 26 year old Spaniard has become a firm fan’s favourite at Old Trafford since his £28m move from Athletic Bilbao in 2014 yet is still to fully convince Louis Van Gaal who evidently favours strength and discipline bolstering his midfield. Ince is clearly of the same opinion.

“I thought it was a lot of money and when I first saw him he was small and looked quite weak. I watched him play in Spain and he suits the Spanish game but I don’t think he suits Manchester United. When he plays he gets forward and gets a couple of goals but Van Gaal has gone for two strong ones sitting in there and it’s hard for him to fit in.”

“I’m not sure he’s going to be a regular in a Louis Van Gaal side and although he’s a very good player he’s just more suited to Spain.”

It is typical straight shooting from a player and manager who has never shirked anyone or anything in his life, a formidable commitment that not only helped bring two league titles to United but earned him the proud honour of becoming England’s first black captain. Ince also wore the armband for both Manchester United and Liverpool, a unique distinction that is unlikely ever to be repeated.

“The players today are too soft”

On the subject of leadership then the man who reportedly self-coined the nickname ‘Guv’nor’ for himself on arrival at United has every right to go in two-footed. Which he does on today’s bunch of namby-pamby poseurs who are all too willing to pass the buck.

“When you look at people such as myself, Adams, Vieira, Petit, Robson, Shearer…we were brought up in tough upbringings and had to fight to be a footballer. The way that society has changed - with Facebook and Twitter and all the rest of it - players are too soft. You can’t tackle anymore and people dive and roll over. These players aren’t building character. I think that John Terry is probably the last of these leaders and it’s an era we won’t ever see again. Teams these days are so quiet.”

One player who certainly isn’t the shy and retiring type – though he is partial to a spot of rolling around – is Chelsea’s Diego Costa. On the face of it you would expect Ince to appreciate the striker’s bellicose attitude and keenness to ruffle feathers but there is a right and wrong way to be combative. Costa’s touchline tantrum last weekend was definitely the latter.

“If that had been John Terry there is no way he would have thrown his bib at Mourinho. Absolutely no chance. That’s because he’s a great captain and leader and it’s not just about John Terry, it’s about Chelsea football club.”

“When you see Diego Costa do something like that I find it disrespectful towards one of the greatest managers of all time in Mourinho. To behave in that way doesn’t show leadership or respect and not just to Mourinho but to the players on the bench and the fans. That’s the last thing Chelsea need at this moment in time to be in the back pages again and just because a player is unhappy at not coming on.”

The right man for liverpool

For the 53 cap England international the team always came first; getting into opponent’s faces hard but fair for the cause and not through personal furtherment. Which is why, unsurprisingly, he is such a fan of Jurgen Klopp and the impact and values he has already instilled at Liverpool even going as far as to suggest he can learn as a manager from the German.

“The style that he plays, pressing high up the park is great to see. I know managers have their own style but when you see what he’s doing at Liverpool and the fact that the players have taken it on board so quickly it’s a credit to everyone there.”

Louis Van Gaal’s Manchester United however elicit anything but praise with Ince going in hard on the ‘square passes’ and lack of pace throughout the side. When out-of-favour Marouane Fellaini is mentioned the studs show a little.

“With Fellaini I think he’s a very intelligent player but he’s at the wrong club. For a player of that ability to come on for the last ten minutes in every game more or less just for long balls…I think he’s better than that and he deserves a chance. It’s also a sad indictment of United not creating enough chances when they have to throw him on and put balls into the box.”

Presently between jobs after a short spell at the soap opera that is Blackpool Ince now spends his time watching his son continue the family legacy at Derby while confounding expectations at the poker table. Surely players expect him to be aggressive such is his reputation from a distinguished career?

“I don’t go in rash. I think my way through the game. Sometimes I might just throw in a little aggressive play just so they know the old Paul Ince is still there. I keep them guessing.”

And who, from all his former team-mates who he least like to play heads-up with?

“That would have to be Paul Scholes. He’s just got that face that doesn’t change. Sometimes I’ll play with my son Thomas and his mates and you can tell when they’ve got a good hand because they’ll have a little grin. But Scholes never smiles so I’d never tell what he’s got!”