Focus Your Poker Goals Based on What You Can Control

Setting the right goals in poker allows you to achieve those goals successfully. Find out how focusing on what you can control, can help accomplish this. 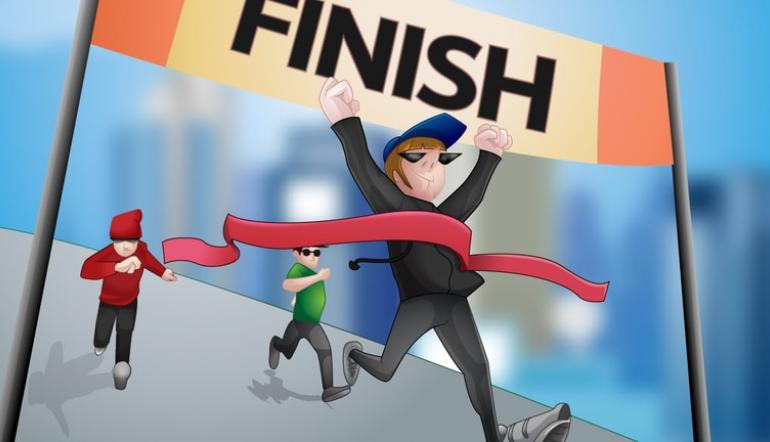 The following is a true story and deserves your careful consideration. This will not turn on your heater, but as your reward, it will plug you into the electrical socket and serve as a vital first step toward seeing the money.

I was sitting in my hotel room in Vancouver in February 2014. Sitting opposite me was Chris Moorman, fixing me with a steely gaze. I knew then what a lamb feels like in the slaughterhouse and why Chris is one of the most feared poker players in the world and has won more money online than any other player.

You Only Have One Chance to Make a First Impression

I had just flown halfway across the world and checked into a luxury hotel to meet Chris for the first time. It had been my decision, and I had broken all my rules. No agreement, no contract, and no upfront payments—a decision made on the spur of the moment.

Was I crazy? Chris clearly thought I was.

“You can’t be serious! Are you out of your mind?”

Actually, he remained silent, but I could guess what he was thinking. I was on a bit of a tilt here, to say the least. I had just broken another one of my golden rules, not for the first time, and was all-in on a hunch. In other words, the time and money I had invested in this trip could be completely lost within the next few seconds.

This is how it happened. We had just started our first session of work together, and as usual with a new client, I had asked him what his goals were. This was a pretty standard opening gambit. The problem started when he told me that his goals were to win his first major live poker event and also earn more money. 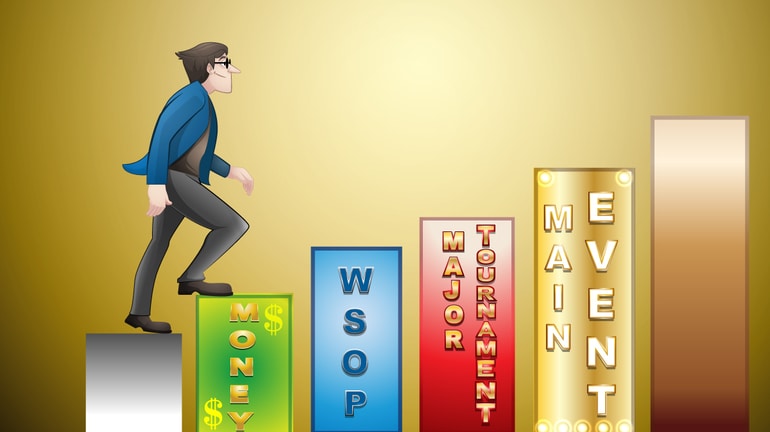 The reason I had a problem was that I had just suggested to Chris that these goals would not be beneficial. I dug myself even deeper into the pit when I suggested we would never talk about things like this again. Looking at Chris’s face, I did not need to be Mystic Meg to predict that he was ready to head out the door.

I had only one chance left. I knew Chris was a passionate soccer fan, so I shifted our conversation to safer ground. I can’t remember our exact words, but our conversation went something like this:

“It’s a bit like taking a penalty kick in soccer,” I explained.

“For a professional player, it should be just about the easiest part of the game,” I continued. “Usually it is, but not if you are wearing an England shirt. Especially if you know that if you miss this crucial penalty kick, you and your team are out of the World Cup. Your mind can read the headlines in the newspapers back home. The fans are not going to be happy with you, and that is putting it mildly.”

I had his attention now and went on.

“If I were the coach for England, I would tell my players to ignore the goalkeeper.”

Control What You Can

Gulp. A quick glance told me I was losing Chris again, so I hastily added these words: “The goals that I like and recommend are those that are within your control. The soccer player has no control over which way the goalkeeper will move once the kick has been made and whether the keeper will save the ball or not.

“The goal that I would recommend is that a player picks the smallest possible target and kick the ball in that direction, preferably hard. This is something the players practise all the time and do not need to think about. If their focus is entirely on their target, they have then suddenly increased their chances of success exponentially.”

Chris leaned forward a little. I was already all-in and had nothing more to lose. No pressure.

“Let me ask you a question,” I said. “When you are sitting at the final table, what can you control?”

Chris’s eyes flipped to the right. Usually, this is a sign that a person is connecting with his or her imagination.

“I guess, when you put it like that, there’s not much that I can control,” he answered. “However, I can easily think of many things that are outside my control.”

That was a great answer, so then it was time for my final question.

“Now, think of just one thing that you can control throughout the tournament and, indeed, in every game of poker you ever play in the future. One thought that will give you the best possible chance of winning.”

This time his answer came back far more quickly.

“I guess I can commit to giving each card my total focus throughout the tournament. This will keep me grounded and ensure my mind is not distracted by other stuff going on.” 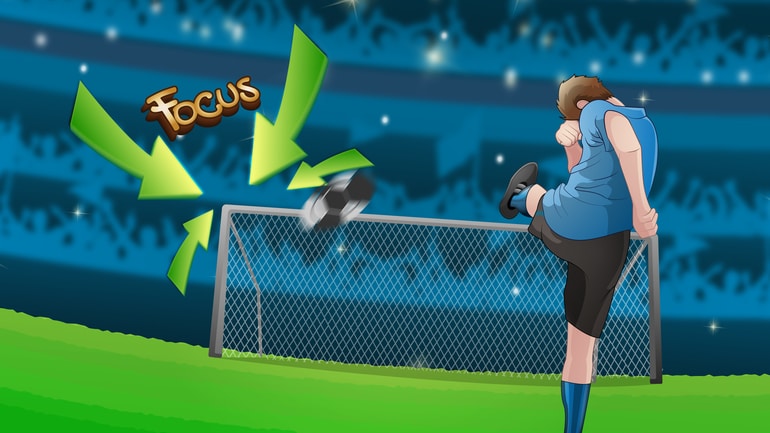 This was exactly what I had hoped he would say. We spent the next three days working on his answer. Chris was the perfect student: He showed up on time, asked great questions, and did his homework. He scored particularly highly on his last computerised assessment, so as I left for the airport, I knew his head was in the right place and that the results would likely follow.

However, in my wildest imagination, I never expected he would win his first major live event only days later.

Time to get lucky

Throughout the rest of these series of articles, I will explain what I believe to be the secrets of peak performance—and of getting lucky at the table. Some of these secrets I shared with Chris in Vancouver, but others I have developed and shared with him and my other poker clients since then.

Do you ever feel that your poker career is missing something crucial, but you can’t put your finger precisely on what it is? It’s like an irritating itch that won’t go away. You look enviously at other players, as they appear to achieve so much more with a lot less effort. You wonder, “What are they doing that I’m not?” And you try to discern why the good things you want in your life are so elusive.

These are the types of questions many players ask themselves about their goals:

These questions will probably be very familiar to you. The problem is that no matter how often you ask yourself these questions, the answers will not change. Worse still, just asking these questions will add to your frustration. They will drain your precious energy and thoughts that could be used far more productively elsewhere in your life.

I will give you the same suggestion that I gave to Chris: It is time for you to stop asking these questions, lose your frustration, and discover how to make things happen for you the easy way. I will explain what I mean by this in a moment. But first, let me shake your foundation a little

The Harder You Work The Luckier You Get?

From an early age, you were likely told that the harder you work, the more successful you will be. The sooner you can throw away this well-intentioned but mistaken advice, the sooner you will start to live the life you deserve.

While there is some truth in this statement, it is very far from being the whole truth. Because the whole truth is that countless examples exist to demonstrate how the more you strive for success, the more elusive it becomes.

Much more important is taking one moment at a time to stay in the present. 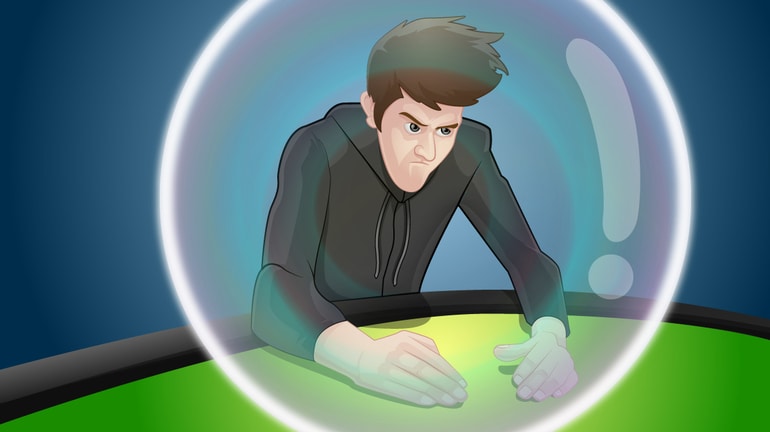 The result is peak performance, also known as being in the zone or flow. This is what this article is about—how to attract more of what you want, with a lot less stress; not be dragged back by the past or worry about the future; and just stay in the present so that you recognise the opportunities that surround you.

Unfortunately, society is far more concerned with big lofty goals than with the more important subject of our mundane day-to-day activities. This is a devastating error because how we choose to spend each minute of each day is one of the few things in life that we can control. Such moments form the building blocks that can shape our futures and our successes. Valuing these moments allows us to stay in the present.

The truth is that the more you measure things—especially results—the more elusive they become. I am not for a moment saying that results are not relevant. They are, but not when considered in isolation. Far more important are the small steps that you can control and that you take every day.

Focus on the process, and the results will follow.

Now, it is up to you. Take some quiet time alone with yourself. Ponder the questions below, but do not beat yourself up about them. Remember, we live in a world of endless possibilities. Remember that the best things often happen when we least expect them and are often very different from our original plan!

I hope you like this article, and it gave you food for thought. I welcome your comments, and also your questions. Who knows we might even give a prize for the best one!

Watch out for the next article, and I will do my best to tweak your heater a few notches higher and give you some priceless tips to help transform your goals to self-fulfilling prophecies!

Until then, good luck, and keep smiling until it hurts.

About the Author
By
Dr. Stephen Simpson 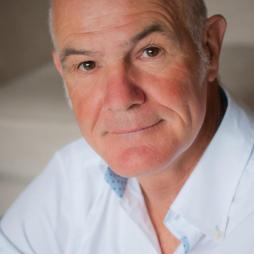