Poker is chock full of funny names - from nicknamed players over the decades to starting hands tagged with epithets; there’s no of shortage quirky monikers. 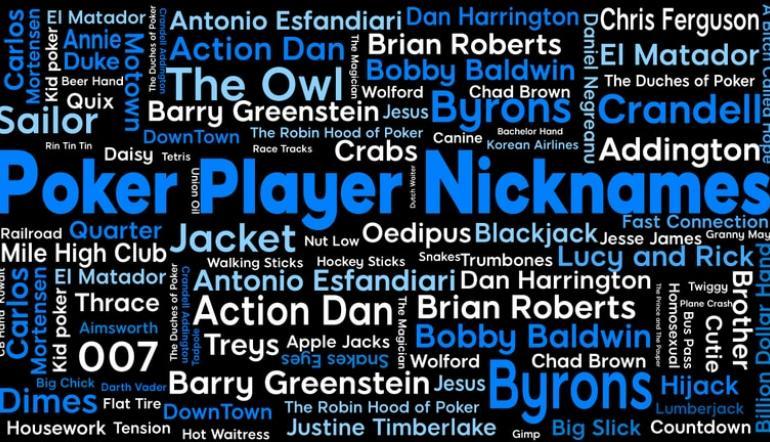 Poker is chock full of funny names. From nicknamed players over the decades to starting hands tagged with epithets, there’s no shortage of funny poker names in the game we all love.

Nearly every starting hand in poker has a nickname of some sort, from the best hand of aces (pocket rockets, American Airlines, Bullets, etc.) to the worst seven-deuce (WHIP for Worst Hand In Poker), and everything in between.

Some of the nicknames honour past accomplishments like “The Brunson,” which is what they call 10-2 after Doyle Brunson won his back-to-back World Series of Poker Main Event titles holding that hand.

Others are based in history like the infamous Dead Man’s Hand – an ace and eight. It represents the two pair aces and eights “Wild” Bill Hickok purportedly held when he was assassinated by the coward Jack McCall in Deadwood, South Dakota’s Saloon No. 7.

However, this is an article about funny poker names, so it stems to reason that we need to take a look at those hands based in humour.

Montana Banana – This name is for a nine-deuce off suited. Some say it originated with Proposition 92, which legalised poker in Montana. However, that’s not accurate as it was the “Card Games Act 23-5-311” that did that. In reality, it’s rooted in the saying that “you have a better chance of finding a banana tree in Montana” than winning with that hand.

Dolly Parton – This is the name for 9x5x starting hand and the reason why is because of the musician’s famous song “9 to 5.” You know, it goes a little something like…

Workin' 9 to 5, what a way to make a livin'
Barely gettin' by, it's all takin' and no givin'
They just use your mind, and they never give you credit
It's enough to drive you crazy if you let it!

The term can also be used when you make a five-nine straight.

Darth Vader – The classic Star Wars character is one of the most iconic villains in film history, and that popularity has spillt over to the poker world as a specific hand has been named after the anti-hero – the 4♠4♣. The two black fours are the “dark fours,” which sounds an awful lot like “dark force.” It’s pretty clever. May the force be with you whenever you choose to play the hand.

Sammy Hagar – This music artist is well known for his pop song "I Can't Drive 55,” so it’s not surprising to see fans make the connection to the corresponding poker hand – pocket fives! Some of the lyrics are also reminiscent of how some players might play the hand: “One foot on the brake and one on the gas.”

Another nickname for pocket fives is the “speed limit,” as 55 miles per hour is the standard speed limit on most highways across the United States.

Mullets – Pocket sevens are often called “hockey sticks” or “Sunset Strip,” but they’re also known as “Mullets.” That’s because they resemble the hairstyle in that they’re short on top and long at the side. With the popularity of Netflix’s Tiger King, which features Joe Exotic rocking an outlandish mullet, don’t be surprised to hear the nickname come up the next time you’re at the poker table.

Another Name for Big Slick

Ace-king is a dominant hand in poker, and while its most famous nickname is “Big Slick,” it is not the only one. In fact, there are some pretty funny ones out there, most of which harken back to the “A” and “K” letters.

Here are some other hand nicknames for ace-king:

Poker players pick up nicknames in all sorts of fashions. Most of the time, they’re connected to some aspect surrounding that player’s life. For instance, if they’re a doctor they might be called “Doc,” or if they’re from Texas, maybe they’d be “Tex.”

In a recent tweet, Doyle Brunson, who himself is nicknamed “Texas Dolly,” revealed some nicknames for old school players.

“I think Doo Dah Baby was Sarge Ferris. Sarge was the most fearless person I ever played poker with,” said Brunson. “One Shot Hogan was from Johnny Moss. The Terminator was [Jack] Strauss. Some unknown player was Jack OF Diamonds. David Grey is Dave the Rave.”

The poker world is filled with nicknamed players like the late Paul “Eskimo” Clark, Antonio “The Magician” Esfandiari, and Phil “The Unabomber” Laak, just to name a few.

Here are three other poker nicknames that lean towards the funny side:

Dave the Clock – Nowadays, the late David Ulliott is a Poker Hall of Famer. His nickname “Devilfish” struck fear into his opponents for years. However, before he got that moniker, he was known as “Dave the Clock” because he used to sell antiques in his hometown in Hull, England. It just doesn’t have the same ring to it, and we’re thinking it was a good change.

Dandy – It’s hard to think of a poker nickname more wholesome than “Dandy,” but that’s what they used to call Crandell Addington. They called him that for his flamboyance and preference to wear formal suits. Dandy was always well-dressed at the poker table, and he became such a good poker player that he was inducted into the Poker Hall of Fame in 2005, alongside Jack Binion.

Whatta Player – The late Kenny Smith was a real character of the game. Not only would he dress up whenever he played, he’d don a top hat at the table. After he’d win a hand, he would often use both hands to lift the hat off his head and boisterously exclaim, “Whatta player!” If Kenny Smith was in the room, you knew it by that catchphrase, which also doubled as his nickname.

The rise of online poker allowed players to choose their own screen names, and there are some pretty funny ones out there. Some are rather vulgar and not fit to print, while others are hilarious for their simplicity.

For example, two-time World Series of Poker bracelet winner Dan Heimiller is known online as “Lenny.” There doesn’t seem to be any rhyme nor reason to it, just Lenny. Simple but funny.

Likewise, while Max Villemure may not be a household name among poker fans (despite having won more than $1.2 million playing live), but his online handle of “BeepBeepImaJeep” always elicits a chuckle.

Here are arguably three of the most successful online poker players with the funniest screennames.

Phil “OMGClayAiken” Galfond – A true legend of the game, Galfond rose to prominence using the name of an often-ridiculed former American Idol contestant. While Chris Moneymaker’s WSOP victory sparked the “Poker Boom” in 2003, Aiken was even more famous during the television show’s heyday. Clearly, Galfond was poking fun suggesting his opponents might think, “Oh my god, its Clay Aiken.”

Richard “nutsinho” Lyndaker – Unfortunately, this well-known online player passed away unexpectedly in 2019 at the young age of 33. He won millions playing online and was well known by his handle. In fact, for years, most people didn’t even know his real name. We won’t explain the “nutsinho” name – just sound it out – but it’s been immortalised among online poker fans.

Jonathan “xMONSTERxDONGx” Karamalikis – We did say some screen names fall in the vulgar category, and this one is pretty self-explanatory. Still, the Australian’s success – more than $6.5 million online and $4.7 million live – etched the screen name in poker history. Fittingly, Karamalikis spun the handle into opportunity by becoming the CEO of Big Stack Underwear.

From hands to players, there is no shortage of nicknames in the poker world. What is your favourite poker nickname that you’ve ever heard? Let us know on social media @888poker. 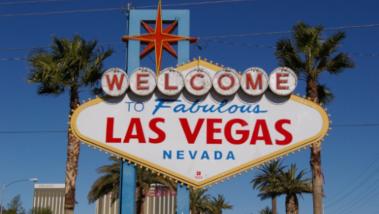