For the most part, poker is a selfish endeavor. Players either win or lose on their own merit. It’s a lonely affair. Because of this, players tend to come face to face with an existential quandary – what do I have to offer the world? 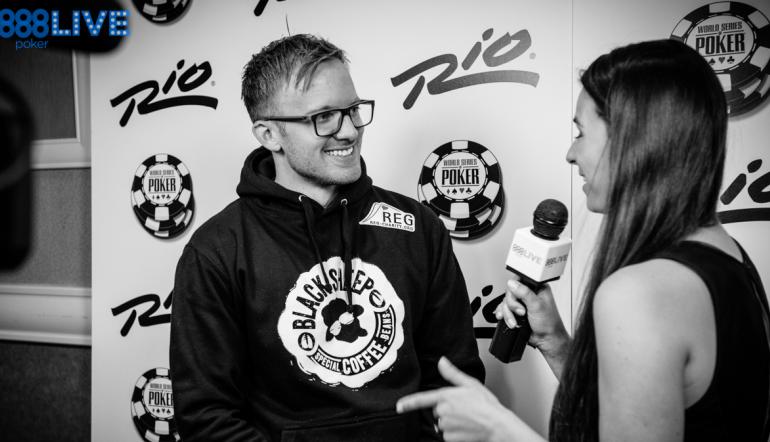 For the most part, poker is a selfish endeavor. Players either win or lose on their own merit. It’s a lonely affair. Because of this, players tend to come face to face with an existential quandary – what do I have to offer the world?

For many, the answer is philanthropy, and in the poker community, that oftentimes means donating to charity. Whether it’s pledging a portion of their winnings, supporting organizations through their play (i.e. Little One for One Drop), or participating in charity events, players have plenty of opportunities to make a difference.

It’s needed too, as according to The World Bank, more than 700 million people live in extreme poverty, which is defined on living on less than $1.90 USD per day while struggling to meet the cost of basic needs. That often means no sanitation, healthcare, nor education.

Once you’ve decided to give to charity, the question turns to which charity should you support? There are a ton of great causes, and you should certainly give to those closest to your heart. However, most everyone can agree that they want their donation to make as big an impact as possible. Unfortunately, in many cases a donation is whittled down before it gets where it’s supposed to.

Enter Raising for Effective Giving (REG), which has become one of the poker’s premiere charity initiatives. In fact, it won “Charitable Initiative of the Year” in 2014 at the European Poker Awards.

REG was co-founded by poker players Liv Boeree, Igor Kurganov, Philipp Gruissem, and Stefan Huber with the goal of using evidence and rationality in making a big impact through philanthropy. In other words, REG researches various charities and finds those that offer the biggest bang for buck.

“We empower people to make better giving choices by promoting the idea of effective giving, providing donation advice to individuals and organizations, and supporting fundraising campaigns and events,” reads the REG website. “This ensures our recommended charities can continue to reduce suffering.”

Since its establishment in 2014, REG has raised more than $3 million for charities, which includes $1.95 million to alleviate global poverty, $400K to improve animal welfare, and $650K to prevent risks from emerging technologies.

“The amount I’m donating doesn’t have a significant impact on my life by any means, but knowing it can save other lives makes it a no-brainer,” says Jacobson, the winner of the 2014 WSOP Main Event.

Hall echoed those sentiments: “You don’t notice the little bit of money that’s not there, but it’s really good for the organization and the world. It’s an easy thing to do that’s great.”

Raising Money Outside the Box

In addition to taking donations, REG has gone outside the box in raising money for charity. Earlier this year, co-founders Liv Boeree and Igor Kurganov won the $10,000 Tag Team tournament at the WSOP. Since they were a team of two and four bracelets were set aside for the winners (the max number of team members), WSOP officials donated one to be auctioned off on eBay, which helped raise $10,200 for REG.

More recently, on Day 10 of September’s XL Eclipse, three events were tagged as “Chip-In” tournaments, including Event #126: $5,200 XL Eclipse Super High Roller. Again, all fees from those tournaments were donated to REG Charity to benefit the Against Malaria Foundation. Between the three events, $40,825 was raised for charity, bringing the total amount raised from the REG/888poker collaboration up to $91,225.

In December 2016, poker pro Dan Smith, in conjunction with Martin and Tim Crowley, raised $1.7 million for effective charities. The year before that, Smith raised $210,854 in his charity drive, and that inspired him to shoot for $300K in 2016. Obviously, he blew that out of the water.

In addition, several players have hosted “Matching Challenges.” In February 2014, Gruissem and Kurganov raised $148,736, and a year later Kurganov, Max Altergott, and Andrew Barber raised $100K in their #RunGoodDoGood challenge. Likewise, Tom Crowley and Max Steinberg raised $150K in October 2015, and Dimi and Dan Shak raised $70K in their “Double Your Impact” challenge in November 2016.

Another player looking to make a difference is Ukraine’s Roman “Romeopro33” Romanovskyi, who in October 2016 began his “Charity Marathon for a Better World.” He aims to make $600,000 profit, and once he does he’ll donate $400K of it to charity, including REG.

The charity marathon is open-ended and Romanovskyi encourages other players to participate.

“If you are a poker player you can join the initiative and give some percent of your winnings to the charities,” he said. “If you are not you can just root for the guys that are in or donate some money to charities by yourself.”

You can read more about Romanovskyi’s Charity Marathon here.

One of the charities supported by REG is the Against Malaria Foundation (AMF), which distributes insecticide-treated bed nets to guard against mosquitoes. Malaria, a life-threatening disease, is spread by female Anopheles mosquitoes.

In 2015, more than 438,000 people died and 214 million fell ill from malaria. Sadly, 70 percent of malaria-caused deaths are children under the age of five. A mosquito net costs $2.50 and on average protects two people for 3-4 years. Taking into account the cost of the net and what it takes to get where it’s needed most, the total cost is just $4.85.

Not to sound overly dramatic, but for less than $5 you can help combat malaria and help save the lives of two children!

Looking at some numbers, if you take the $91,225 raised through the REG/888poker collaboration, which helped support AMF, that was enough to provide 18,809 nets, which in turn offers protection to 37,618 people for years to come. All that just from playing poker.

There are many great charities supported by REG, and you can learn more about them by visiting reg-charity.org.