A major tournament or a night out at the local cash game can involve hours and hours at the poker tables. Through the decades, players have been pretty creative in passing some time using those chips – from riffling large stacks into one stack to creating skyscraper stacks to unique chip sculptures.

Here are some examples of a few tricks and other fun poker chip elements. 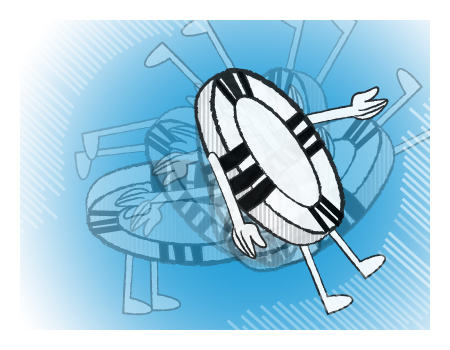 Walk into any major tournament and the sound is a bit overwhelming if you’re new to the game. That sound isn’t a swarm of crickets all chirping at once. It’s a symphony of players riffling those chips all at once. The move requires some dexterity, but this is a trick many poker players master before moving on to other tricks.

Here’s a video on how to riffle your chips (courtesy of the World Poker Tour and Antonio Esfandiari) if it’s not in your card-playing repertoire yet.

Practice up for your next visit to the card room.

This move is another common trick in which a player uses one hand to manipulate three chips. With all three chips together on top of each other, the player separates the middle chips out in his other fingers, twirls that chips, and then is able to slide it in between the other two chips. It takes some nimble fingers and is a step up from the riffle.

Here’s a short tutorial on twirling those chips.

In this trick, the player manipulates one chip so that it flips across each knuckle on the top of the player’s hand like a wave slowly moving across a body of water. The chip works its way from one side of the hand to the other, and then can be sent back again on top or passed below the hand. The move takes some skill and nimble fingers.

Here’s a look at how to work this into your bag of chip tricks.

This move may seem easy, merely rolling a few chips from one hand to the other, but it actually requires some practice and skill to make it happen. You want those chips looking like a natural wave flowing from one hand to the other for some real visual wizardry, and then quickly picking them up. With a hand upside down, the player simply lifts his thumb slightly to release them to the felt.

Getting it synchronised takes some work, but you’ll look cool after mastering this manoeuvre.

The Spin and Bounce

This one may not be for beginners, but it really looks impressive when done correctly. The trick involves holding chips between the fingers and thumb, and forcing one to spin out in the air, hit the table with some backspin, and bounce right back into the same hand.

This player certainly makes it look easy, but it probably took some time to master.

The first section of this video may not be necessarily a traditional chip trick but shows how nimble fingers can do some exciting things with chips. This player works the chips so well he can fan them out quickly in a perfect line or curve, and then collects them just as quickly. He’s got the skills and sleight of hand of a magician. Maybe you can master it too.

Perhaps you’re not quite making opponents’ chips disappear, but this is a way to at least make one of your own vanish and, hopefully, impress a few friends. The secret behind it is some real finger dexterity, and this one is probably much more difficult than chip riffling and some of the others. It takes fluid motion and balance to make that chip truly “disappear” from sight. The chip is somehow balanced on your thumb as your hands are revealed to be “empty.” Complete this one, and you’ll have developed David Copperfield-like skills.

Hopefully, you’re a magician with the cards as well.

The Statue of Chips

Not only do players use those chips for some impressive tricks, but many show an artistic flair when it comes to stacking them for that victory photo or even during live play.

In 2013, Jason Mercier was inspired by Scott Clements and tweeted a photo of his colossal chip stack – including racks.

This may be the most boss picture I've ever seen in poker. @BigRiskky is literally one of coolest guys i know #beastpic.twitter.com/JUQuQqrWpy

This poker festival went the extra mile when it came to chip stacking –  apparently setting a world record. No word on how long it took to stack this one and if all supporting stacks followed tournament precedent – and kept them in stacks of 20.

Poker and casino chips are not only used for games (and tricks) but have even served as artistic inspiration. In 2011, the English firm Sculpture Studios created giant chips to appear as part of a gaming display and appear on television.

Their big bet paid off with some fantastic-looking chips.

Those who collect interesting poker and casino chips may want to make some of those more interesting ones really stand out. The team behind this video offer a tutorial on suspending objects in clear epoxy resin using a ready-made silicone mould. In this case, the team used poker chips as an example and produced quite an impressive finished product.

They even utilised the same chips James Bond played within the film Casino Royale. If you’re a bit of handyman, head to the shop and give it a shot. The new chip cube would make for a pretty unique card protector.

Poker chips are used to battle it out at the tables, but players have also found some exciting ways to make them fun and help pass the time.

Practice up and see if you can complete a few of the tricks in this article.

Choosing the Right Poker Chip Set for Your Next Home Game!
Poker Chips Values and Colours
The 4 Types of Poker Chips You Need to Know
Poker Tournament Chip Distribution
The History of Poker Chips – From Asia to Europe to the U.S.A.
7 Amazing Poker Chip Tricks
Taking the Mystery Out of How and What Poker Chips to Play
© 2021 All rights reserved. Back to top