The History of Poker Chips – From Asia to Europe to the U.S.A.

Humans seem to have an inherent desire for risk – the need to gamble a few bills with the chance for a big score. This fact isn’t a new phenomenon, and historians trace gambling back centuries.

With money on the line, gambling house proprietors quickly figured out that the use of something to represent cash not only made wagering easier but also it no longer seemed like gambling real money to those willing to wager it.

Julius "Big Julie" Weintraub was a long-time Vegas gambler who ran junkets to Las Vegas from the 1960s through the 1980s. A colourful character who loved the casino industry and Sin City, he may have said it best when reflecting on the game and the importance of poker chips. 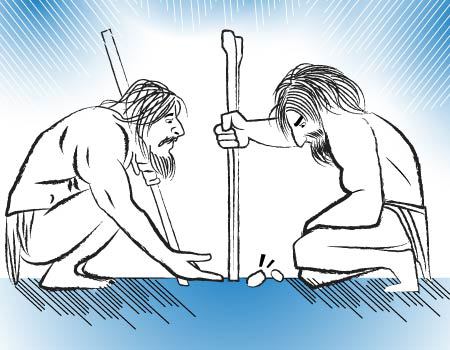 Historians believe that using some sort of substitution for items of value actually date back to early man. Between foraging for food and hunting, ancient humans may have been prone to gamble a bit.

“Several early archaeological sites throughout Europe, the Mediterranean, and the Near East include astragali and  collections of small, differently coloured  stones – possibly counters,” writes David Schwartz in his book Roll the Bones: The History of Gambling.

“These could be used in the earliest form of craps, complete with primitive dice and ancient chips.”

It seems these “cavemen” were using forerunners to modern gambling chips. Historians have argued that throughout history, many more cultures gambled than those that didn’t.

When it comes to the modern gambling games of today, much of those derive from ancient Greece and Rome – where gold and silver coins were used to wager by the 5th Century B.C.

Asia to Europe to the United States 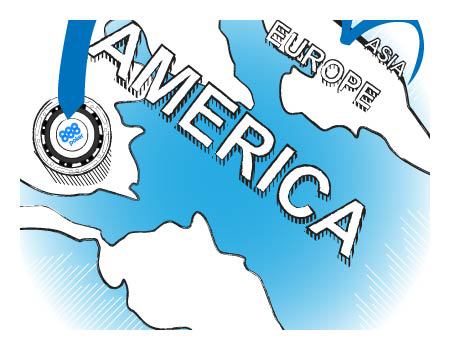 With the spread of playing cards beginning in Asia in the 600s (A.D.), gambling took on a different look, growing throughout Europe in the 1000s. Gambling flourished during the Renaissance (14th to 17th Centuries) with players using almost any item representing wagers of a particular value.

The French game Quadrille was a forerunner to poker, and by the mid-1700s, sets for the game contained various coloured and shaped counters, allowing players to settle up payments at the end of a game.

Prior to chips, players looked for anything of value to make their wagers at the table. Some of those reflected the game’s western expansion during several 19th Century Gold Rushes in the west of the U.S.A. Those wagering counters included almost anything made of gold – pieces, chips, nuggets, dust, or coins.

By the mid- to late-1800s, pieces of gold transitioned to more of what we know today, with chips made of wood, ivory, bone, paper, and a clay composition with hundreds of designs.

Gambling houses and casinos found that a standard round chip worked better. They became an even bigger standard as poker spread throughout the U.S. casinos, and Europe also transitioned to chips at their casinos as well.

In the Old West, American card players and gunslingers like Wild Bill Hickok, Doc Holliday, Bat Masterson, and Wyatt Earp could head to a local saloon, plunk down their dollars, and bet and raise with poker chips similar to those players use today.

In the 20th and 21st centuries, chip collecting became a popular hobby for fans of gambling and casinos. The Casino Chip and Gaming Token Collectors Club holds an annual convention each summer in Las Vegas with vendors and buyers from across the country checking out those coloured gambling discs and other casino collectables.

Not only do buyers look for older versions of chips and those that were used at casinos that no longer exist, but sellers also hock antique chips that were used decades ago. Some of these treasures even have symbols and names from underground games and casinos.

Certain rare chips can be worth tens of thousands of dollars. During the 2014 Casino Club Collectors convention, a $5 casino chip from the Golden Goose in Las Vegas sold for $75,000. Table game chips were rare from the property. This was a blackjack chip, but it serves as an example of how some chips can be highly collectable – and valuable.

“The Golden Goose was located at 20 East Fremont Street and was open from 1975 to 1980, as a slots-only casino with the exception of a single blackjack table,” according to CoinWeek.com. “The table was only open for a few months between late 1976 and early 1977. When it went away, so did all the chips, making this $5 chip the only one known to exist.”

The seller made quite a haul, especially considering the same chip was auctioned for only $3,000 in the mid-1990s. Along with individual chips, some early chipsets from the 1800s and even 1900s can fetch significant dollars.

Potter & Potter Auctions holds a sale each spring featuring vintage and collectable casino and gambling memorabilia. Poker chip sets are a regular part of the collection and here’s a look at a few sets that were expected to fetch some sweet dollars at the March 2019 auction. 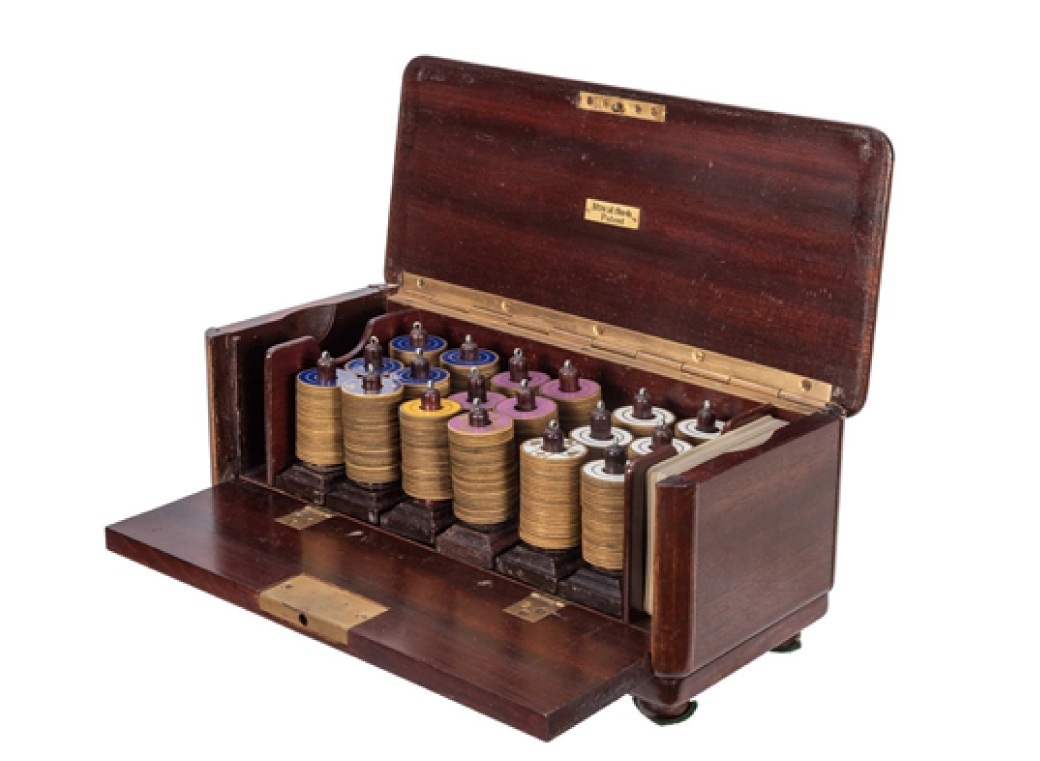 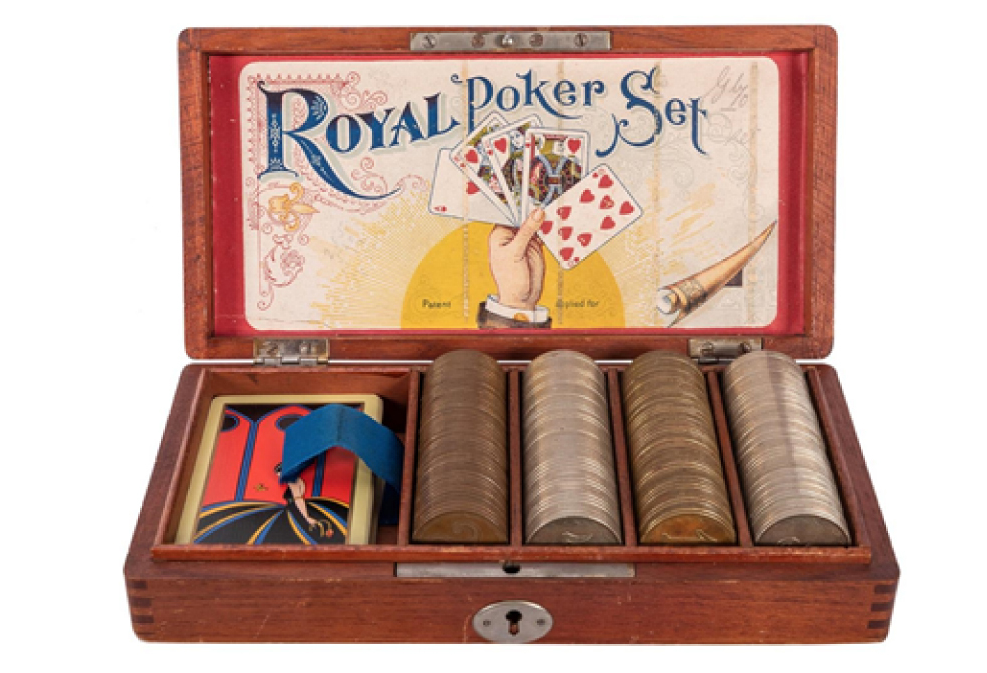 This American-made Royal Poker Set is believed to have been manufactured around 1900 and is estimated at $300-500. The set features the original wooden box and lock, 51 brass $10 chips, 99 nickel $5 chips, 47 copper $25 chips, and a complete 1920s U.S. Playing Card Co. art deco “Butterfly” deck signed by artist Mollie Macmillan. 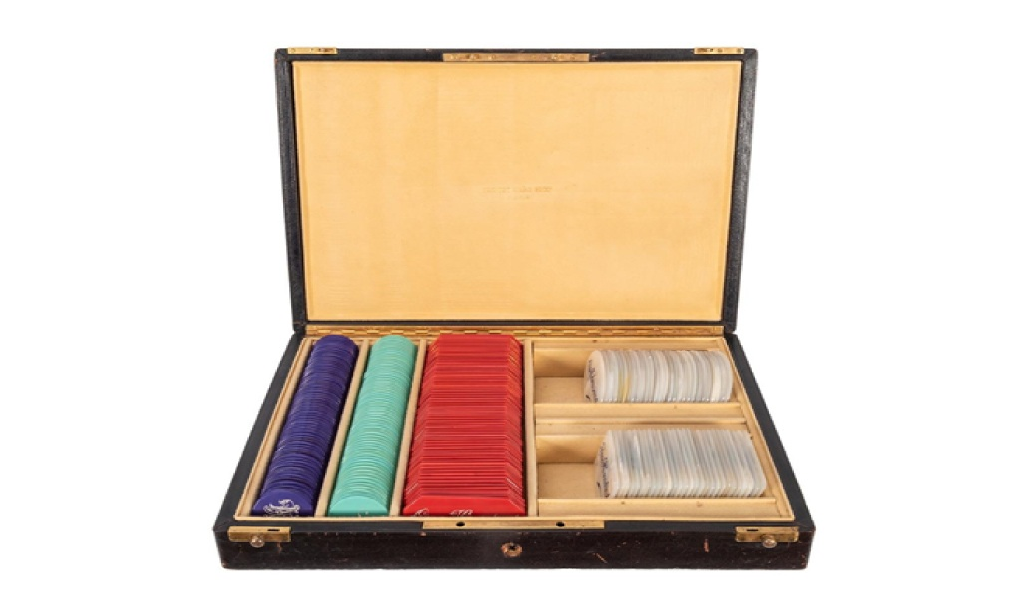 This vintage white Mansion mother of pearl chipset is valued between $800 and $1,200.

Poker and casino chips may be something players take for granted, but they have a long and unique history that led to what is seen at the tables today.