30 Great Jokes on the Game of Poker

As a game with such a unique history and characters, poker also lends itself to humor, here are some poker jokes to kill some time and have some fun. 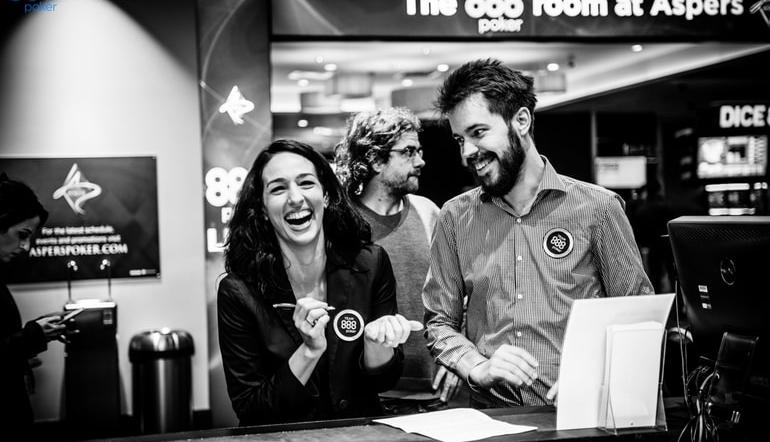 As a game with such a unique history and characters, poker also lends itself to humor – both at the tables and away from it. Several big-name comedians Norm Macdonald, Brad Garrett, Ray Romano, and Kevin Hart are even known to jump in the action at the tables.

Seinfeld’s Jason Alexander is also known to take a seat at the poker table. With plenty of tongue in cheek, here are some poker jokes (some better than others) to kill some time and have some fun.

Here are a few poker jokes from a few well-known comedians themselves with a few gambling and Las Vegas jokes thrown in. To get started, here’s Jerry Seinfeld talking poker tells with some laughs mixed in.

1 – Last night I stayed up late playing poker with Tarot cards. I got a full house and four people died. – Steve Wright

3 – Poker has the feeling of a sport, but you don’t have to do push-ups. – Penn Jillette

4 – I tell ya. Las Vegas, they got slot machines all over, even in supermarkets. I went in to buy a container of milk. Cost me $238. – Rodney Dangerfield

5 – I spent half my money on gambling, alcohol, and wild women. The other half I wasted. – W.C. Fields (although it’s said that he actually hardly ever gambled)

These jokes are specific to the game on the felt and offer some humorous takes on card players and the game. To kick things off, here’s a look at the Friends crew at the poker table.

6 – Sam scores $1 million after winning first place in a big tournament in Las Vegas.
A reporter asks: “Congratulations on your big win! How do you plan on spending your million dollars in winnings?
Sam responds: “I owe some people some money, so I’ll be paying my debt to these guys.”
The reporter follows up: “And what about the rest?”
The player responds: “Well, I guess they'll have to wait.”

7 – Two friends head out of the poker room. One is completely naked and the other is in his underwear. The naked man turns to his friends in his underpants and says: “I've always respected you for knowing when to stop.”

10 – The invisible man, the wolf man, and Dracula are playing poker. They tried to get the mummy to play, but he had no skin in the game.

The invisible man tried to bluff but people saw right through him. Dracula ended up bleeding them dry, leaving the wolfman howling mad.
Strategy

11 – What are the two most important rules of poker?
1. Always keep your opponents guessing …

Whether you’re a high roller or a micro stakes rounder, here are a few that fit well with the life of a cardplayer. To start the fun, who could forget Homer Simpson losing his shirt at his friendly poker game.

12 – My wife is thinking of leaving me because of my obsession with poker. But I think she's bluffing.

14 – What is the biggest difference between a church and a poker room?
In a poker room, you really mean it when you pray.

15 – How do you get a professional poker player off your doorstep?
Pay him for the pizza.

16 – “That loser husband of mine wanted me to sleep with our landlord because he lost the rent money playing poker,” a housewife told a friend.
“You didn't do it, did you?” the friend responded.
"I have to admit I did – although with some reservations. What I haven’t done though is tell my husband that the rent is paid up for six months!"

17 – Who doesn’t love a good play on words? Here are some puns for poker players– with varying degrees of humor. At least here’ another short poker comedy video from

18 – What did the giraffe say to the tiger at the poker table?
I thought you were a cheetah.

19 – Which animal is best at playing poker?
A bluffalo.

21 – After a long illness, my father passed away yesterday in Las Vegas. He’s in a bettor place.

24 – Why did the blonde fold all her even numbered cards?
Because she was told to play the odds.

Some of the Worst

A quick Internet search will lead to plenty of poker jokes. The degree of comedy involved may be up to the eye of the beholder. But here’s a look at some particularly cheesy jokes beginning with a few laughs from Family Guy.

Chores Around the House

25 – My wife challenged me to a game of strip poker, but then I realized she just wanted to do laundry – so I folded.

26 – Why are orphans so bad at poker? They don’t understand the term “full house.”

27 – This year’s World Series of Poker is using the largest deck of cards ever. It's a pretty big deal.

28 – My wife and I figured out a way to play poker with Uno cards. Total game changer.

29 – Queen Elizabeth only plays poker on the toilet – because she's guaranteed a royal flush.

30 – What do you call a poker player that is also a doctor? A cardiologist.

Read our story about some great poker jokes.