888poker counts down the Top 5 Non-Poker poker-related songs with hidden poker messages. Find out how music can enhance your mood at the poker table. 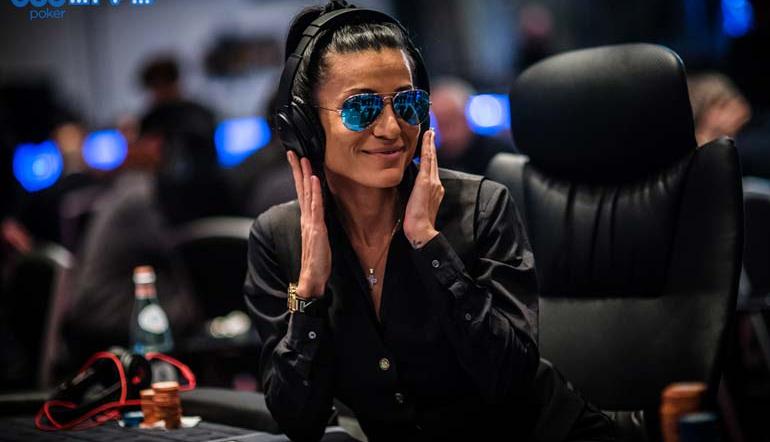 Most people hate doing housework. For some reason, washing dishes and tidying cables isn’t an idea of a good time. Cleaning mirrors, emptying bins washing floors are beyond a chore. We all love a sparkling clean apartment, but cleaning is mind-blowingly numbing and a real pain in the neck.

As much as you might hate it, the secret to keeping a clean apartment is a little bit of music. No matter how unmotivated you might be, all it takes is the right playlist, and you’ll be tossing that mop around like Freddie Mercury!

There’s something special about music:

Music is magic; it speaks to our subconscious. A study discussed at www.pubmed.gov even found that music has the power to ‘influence mood [and] impact driving behaviour.’

So, high tempo music has the potential to make us drive faster, and heavier music could lead to more aggressive manoeuvres on the road.

Our personalities are way more in tune with music than we realise. So, the right choice of tune can help your poker game too. Let’s explain why.

The most significant difficulties poker players face usually stem from poor discipline. In fact, you’ve probably heard that maintaining good discipline at the tables is way more critical than skill will ever be.

Ten minutes of degeneracy can undo hours of disciplined grinding. So, the ability to play well is pointless if you lack the self-control to do so. 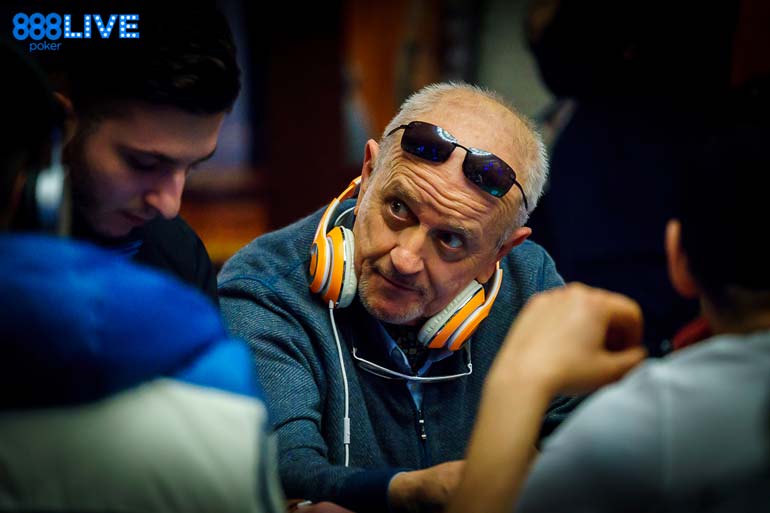 What’s This Got to Do With Your Poker Game?

Look at how we deal with boredom and tilt elsewhere in our lives. Take travelling, for example. What’s the first thing we do when we set out on a long drive or take a seat on an annoyingly international flight? We put some music on to relieve the boredom.

And what do we do when life tilt leaves us feeling a little emotional and unable to sleep? That’s right. We put some of our favourite tunes on to distract ourselves or some soothing music to help us unwind.

Some of the most significant poker disciplinary issues stem from boredom or tilt. So, music can be a great tool in tackling their impact. How?

Well, as much as we all love the game of poker, it’s hard to argue with the idea that it’s pretty boring most of the time. Sure, there are fleeting moments of highly emotionally action. But the majority of table time is spent folding or waiting for your turn to act, especially in full ring games.

Music can act as a source of entertainment, therapy that can minimize the impact of tilt and boredom. Add a little music, and the time spent waiting for your next hand becomes karaoke o’clock.

And you can easily alleviate the frustration following a bad beat with an energetic air-drum solo. 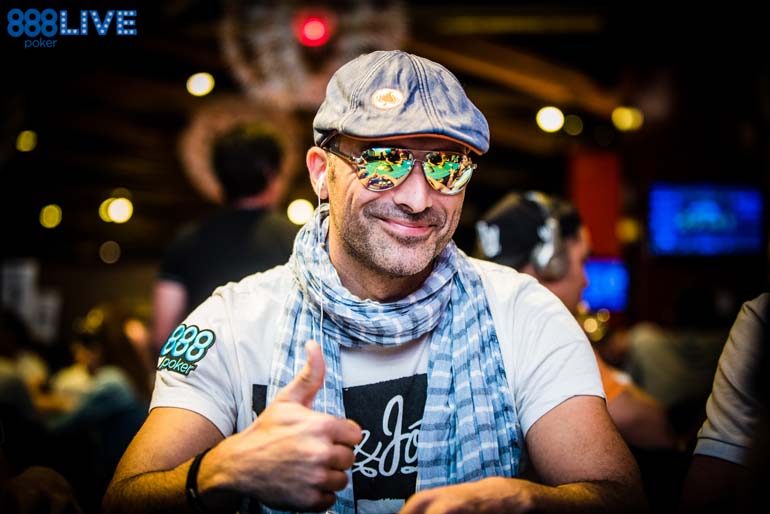 Honestly, the right playlist could offer the same subconscious motivation at the tables that it does when the floors need a bit of Mr Muscle!

But what are the most popular go-to poker anthems? Let’s look at some suggestions.

Note: Check out this article discussing classic poker music and its use in the movies from a few years ago.

This song is one of the all-time greats. It’s clearly about a man who’s a bit of a deadbeat. His girl decides she’s had enough of his crap and throws him out.

Ray performed a fantastic version of this song on Saturday Live in 1996. Ray suggests that his woman threw him out because she was fed up with all the time he spent in the casino with ‘the cats in the band’.

This lyric suggests that gambling has a place within the song’s orbit. It’s clear that the song itself isn’t about poker. But if you have a bit of fun and play with the context, you can take a lot of poker metaphors from it.

Imagine this:  You shove as a bluff with AQ on J234. Your opponent calls, and you spike a queen on the river, taking his stack in the process.

In any case, the song is an excellent addition to any poker playlist due to the feel-good factor the high tempo and catch lyrics give you.

Oh, and also, ‘hit the road Jack’ is a pretty cold thing to say to someone as you stack them.

It’s up to debate if this song deserves a mentioning. Lady Gaga deserves a lot of respect for her carefree originality. But this song has been ruined by the countless awful renditions whenever someone wants to impress a poker player.

You recognize that tuneless ‘p, p, p, poker face’ - It’s like a bad dad joke that everyone thinks they’re the first to make.

But there are just too many straight-up poker references not to include this song in the list. Even if most of them, such as - ‘fold 'em, let 'em hit me, raise it, baby, stay with me,’ make absolutely no sense.

3: A Grand Don’t Come for Free - The Streets

It would be surprising if anyone referred to this as a poker song in the past. But there are so many parts of this music  (and the album that shares a name) that relate to poker.

The album is all about the daily grind of a guy who loses a grand and is trying to get it back.

A Grand Don’t Come For Free is the first song on the album. The male protagonist has a day in which nothing goes right. Despite his best efforts, he goes to bed poorer than when he woke up.

The most poignant part of the song goes like this:

‘Today, I’ve achieved absolutely nought.
In just being out of the house, I’ve lost out.
If I wanted to end up with more now,
I should’ve just stayed in bed, like I know how.’

While it doesn’t include any poker slang at all, It’s hard not to think of the poker grind when you listen to it. Poker is one of the few jobs in the world where you can go to work and end up poorer.

As a poker player, there will be so many days when you do everything right and still lose.

This upbeat song will add optimism and energy to any playlist. It seems to be about people out partying, drinking, and gambling.

Even if your rap slang isn’t the greatest, there are several gambling references throughout it. The team get off to a bad start losing ‘a flip for five stacks’ before eventually turning it around and getting ‘squared up’.

Say, we’re completely off the mark with the interpretation of this song’s lyrics. The idea expressed in the line ‘life’s a game, but it’s not fair’ has a lot in common with poker.

In the main hook, they announce that they are looking to ‘run this town’. This sentiment could resemble some of the crazy attitudes expressed before a wild night in Vegas.

It’s a song that feels like a pep talk, filled with looks of optimism and excitement that you see on faces everywhere in Sin City.

Run This Town reminds us of happier times –

When the world was far more open and carefree - of a time when people weren’t forced to ‘throw their hand in’.

Sure, the poker references in the song are loose. But when coupled with everything else, they’re enough to fill us with nostalgia and why it’s made the list.

Through this article, we’ve found some relatable poker themes in songs that have nothing to do with the game. This track is no exception despite the lyric ‘are there some aces up your sleeve?’.

This song is about a guy struggling to forget about a girl. It seems as though the relationship is very toxic and destructive. He knows it’s a bad idea, yet he keeps finding himself ‘crawling’ back to her.

The kind of relationship we see described in the song mirrors the relationship that a lot of losing poker degenerates have with the game. They know it’s bad for them. It causes them a lot of pain, yet they keep making the same mistakes.

It’s a reminder of the cruel realities some poker players face.

And even if you have a healthy relationship with poker, most of us can relate to the line, ‘ever thought of calling when you’ve had a few’.

Most poker calling frequencies go up as the number of drinks increases!

So, there you have it - five non-poker tunes with hidden poker messages.

Do you agree, or am I talking dribble?

Feel free to let me know what you think, and good luck at the tables.