6 Tips to Improve Your Poker Psychology

Poker is not for the faint of heart, but it is for those strong of mind. Many facets of the game, such as bad beats and downswings, can wear negatively on your poker psychology; whereas, things like heaters, getting lucky, and winning a tournament can do wonders for our state of mind.

Variance in poker means that there are things out of your control. You can get your chips in preflop with pocket aces, but that doesn’t mean you’re always going to win. All you can do is play your best and leave the rest up to the poker gods. 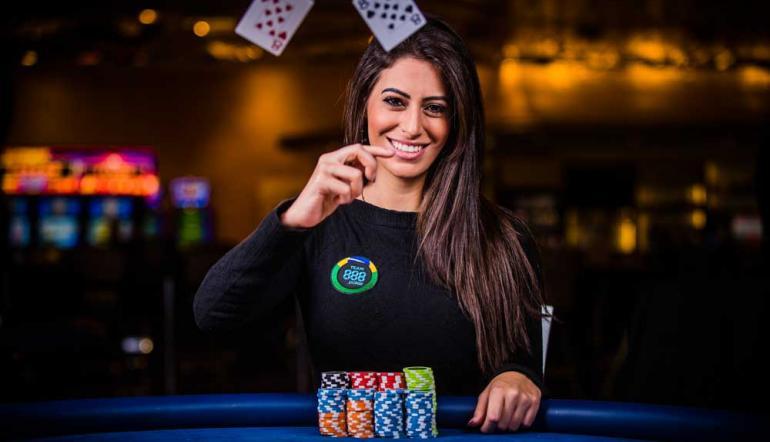 Poker is not for the faint of heart, but it is for those strong of mind. Many facets of the game, such as bad beats and downswings, can wear negatively on your poker psychology; whereas, things like heaters, getting lucky, and winning a tournament can do wonders for our state of mind.

Variance in poker means that there are things out of your control. You can get your chips in preflop with pocket aces, but that doesn’t mean you’re always going to win. All you can do is play your best and leave the rest up to the poker gods.

However, there are things you can do to ensure you’re playing your best. One of the most effective ways is to cultivate something all great poker players have – mental toughness. If you’re prepared for the inevitable swings and have steeled your psychology, your game is sure to benefit.

Here are a few tips and tricks to keep in mind when trying to improve your poker psychology.

1. Keep Your Emotions in Check

Have you ever watched a high roller final table? The best poker players in the world barely flinch when they win millions. Likewise, they remain stone-faced even after they suffer a brutal beat. That’s because they know they need to keep their emotions in check if they hope to succeed.

If they let a negative outcome sour their attitude and anger or fear take control, they’re much less likely to make sound, strategic decisions. On the flip side, if they take too much pleasure in a positive outcome, they could become cocky and overconfident. Instead, most poker players try to remain even-keeled and focused on making the best decisions possible.

Of course, keeping emotions in check is easier said than done. If you’re prone to tilt, you may consider taking a short break or walking away from the table when you feel that rage or frustration begin to rise.

Piggybacking off the topic of emotions is how we deal with high-pressure situations. It’s a fact that, throughout any cash game or tournament, you’re going to be put to the test. Maybe there will be a lot of money on the line, or perhaps all eyes will be on you in some final table live stream. Instead of buckling under pressure, the best poker players rise to the occasion.

Do your best to remain calm – take a few deep breathes if need be – and focus on making the best decision you can. No matter the buy-in, no matter how much money is on the line, it’s still poker. Remember, the cards don’t know the stakes nor what is on the line.

Perhaps nothing can boost your poker psychology more than self-awareness. Poker players tend to tell bad beat stories and paint themselves as some sort of victim in the hands they lose.

“I flopped a set of nines, but he turned a gutshot with six-eight off-suit,” someone might say. Sure, that hurts, but instead of wallowing, you might consider taking responsibility for the beat (i.e. How did I put myself in a position to lose? Could I have won the pot by making a different/better decision earlier in the hand, etc.?)

You’re the captain of your ship, so don’t blame others for your misfortune. Bad beats are a part of the game, but how you react to them is all up to you.

In a world with smartphones and tablets, it’s easier than ever to get distracted. If you want to succeed at poker, you need to remain focused. That means avoiding distractions and staying on top of the stuff going on at the table. If you’re not paying attention to the action, you’re sure to miss out on things – such as tells, player tendencies, etc. – that could help you later on.

Just know, if you’re too busy to take advantage of the information being presented, one of your opponents is undoubtedly doing so and will and use it against you.

One of the biggest things that separate poker pros from recreational players is discipline. The latter are more likely to do things the former won’t such as tilting, taking risks or “gambling,” and chase losses even when they know they shouldn’t

A well-disciplined poker player will control his or her emotions, limit their risk and exposure, practice sound bankroll management, and more. They have developed the mental toughness to beat down harmful thoughts that could cost them money.

Some of the most successful poker players in the world have found success by not only being discipline mentally but physically as well. There’s been a health movement in the game of poker where, instead of older, larger players who smoke, eat and drink whatever they want, the poker world is now full of young, fit players who watch what they eat, avoid alcohol, and practice healthy habits. If you’re disciplined off the felt, chances are you’ll exhibit a bit more when you sit down to play.

Earlier in this article, I listed keeping your emotions in check as a way to improve your poker psychology. Fear is one such emotion that can be detrimental to your game. However, you not only want to keep it in check, but you also want to banish it from your mind.

Josh Reichard is one of the most respected poker pros in the mid-majors. With two Heartland Poker Tour (HPT) titles, a Mid-States Poker Tour (MSPT) win, and 11 World Series of Poker Circuit rings on his poker résumé (third all-time) – not to mention more than $1.6 million in career earnings! Reichard is a winning machine.

I once asked him if he had to choose one word to describe what someone needs to succeed in poker. He took some time to consider it and then answered, “Fearlessness.”

That means a lack of fear. In poker, that translates into not being afraid to run a big bluff or listen to your gut. To not be scared to put your opponent to the test, instead of the other way around.

Being fearless and acting offensively will usually lead to better results than playing a cautious, defensive game.

To the victor go the spoils, so don’t be afraid to become the victor!

For our web story about poker psychology, just click here.