Everyone wants to win in poker. People are competitive. We investigate the ways that losing can become unhealthy, and how to cope with downswings. 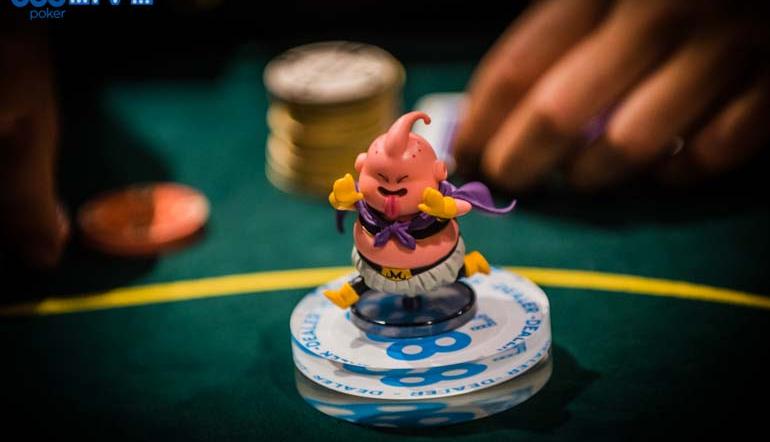 People are competitive. From professional boxers, footballers and athletes to ferocious keyboard warriors, sibling rivals, they all want to win. Even impatient grannies break shins as they plough tartan trolleys through packed tube doorways, desperate to get on first.

There’s no denying it. Everyone wants to win.

It’s not necessarily a bad thing either. As Barney from The Simpsons clarified, ‘There's nothing wrong with a little healthy competition’. And he’s right. Competitiveness is something that comes perfectly naturally to us as human beings.

It spurs us to become better and is as much a factor in our evolution as bipedalism, electricity, and sporks.

The problem with any competition is that if there are winners, there must also be losers. Moreover, the size of the victory is usually proportionate to the number of opponents vanquished in the process.

So, the most significant wins usually come at the expense of many other people's hopes and dreams.

Tournaments are a fantastic example of this within the poker world.

In this article, we will look at some ways that losing can become unhealthy, and how to deal with this at the tables.

Why Take the Risk?

It's all about the feel-good factor.

The pleasure receptors in your brain enjoy a barrage of dopamine, and you feel better than the main character in a Disney song scene. In short, people play because winning is so good!

This elation can be a strong motivator.

But there’s a lot of losing in its pursuit. This path can lead to destructive and unhealthy frustrations when things aren’t going your way.

Letting Your Ego Keep You at a Bad Table 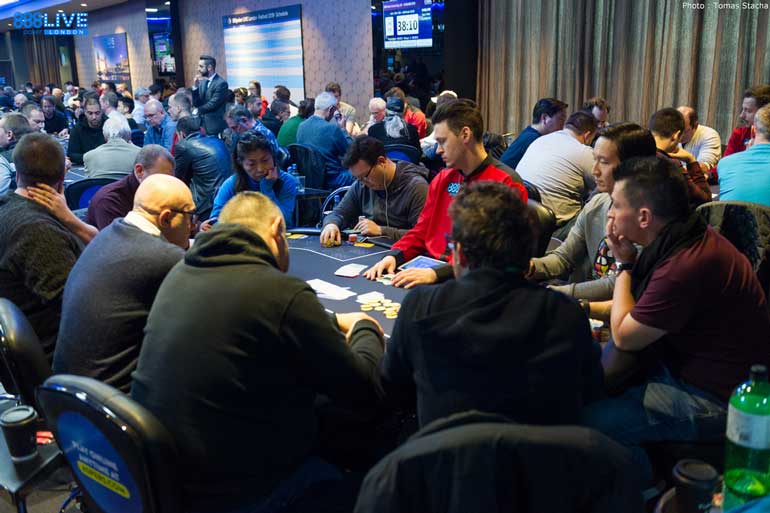 Letting Your Ego Keep You at a Bad Table

This mistake is undoubtedly one of the most common that people make when things aren’t going their way.

As Dan Bilzerian will tell anyone who’ll listen:

Although poker is a skill game, your actual skill level is far less important than your ability relative to your opponents.

Bilzerian claims (in many interviews) that he made his fortune playing weak poker-playing billionaires. He does not claim to be a fantastic player, just better than the guys he was playing.

It’s up to you whether or not you buy the story.

But if true, it’s the poster girl for the importance of game selection.

Like arriving late to the wrong wedding, it can often take a while to realise you’re at a table you shouldn’t be. At this point, you will likely be losing. The players at a bad table are going to be of a similar level or better than you.

The moment you realise you’re at a bad table is where the discipline comes in.

Annoyingly, the desire to win is often enough to keep you at the tables alone.

But we throw the following factors into the mix, making it easier to stay in a game that we know we shouldn’t –

Skilled players in the know will bounce between the $2/5 and $5/10 tables depending on how they looked and how long the lists were. They may play a couple of orbits and then get up and leave.

You may assume that they sat impatiently sat at $5/10 while waiting for a $2/$5 seat or a cocktail - or something.

But in fact, they were probably smart players employing great table selection discipline.

It can be hard to maintain clarity when things aren’t going your way at the tables. But it’s crucial to assess the table quality when figuring out why you’re losing.

Playing Your B And C Games for Too Long

You’re very likely to win a lot of money in the long term if you play the majority of games where you’re the (or one of the) best players. Ability is critical since having a higher skill level will make this easier. 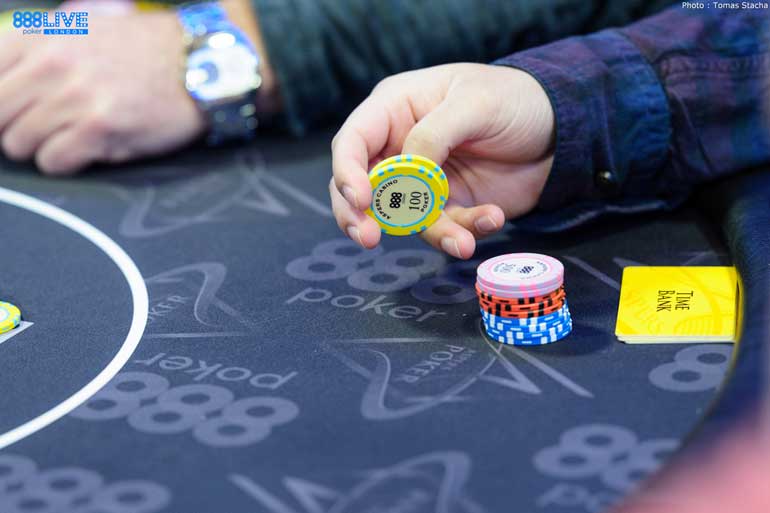 Playing Your B And C Games for Too Long

These comments on table selection might seem like common sense. But notice that you need to ‘find and beat’ weaker players. That wasn’t accidental.

Being a better player than your opposition is great and all. But it doesn't entitle you to win.
That’s only half the battle. Even the greatest players in the world don’t win by default.

Remember the old Chinese proverb -  just made it up, ‘Even with the best ingredients, the cake won’t bake itself.’

While it’s good to be unpredictable in poker, this doesn’t apply when it comes to consistency. There are several reasons someone might slip from an A-game into their B, C or even D game.

The obvious ones include the following –

It’s essential to make sure you’re not just a better player but that you’re also playing better than them.

We don’t typically deviate from our A-game intentionally. So, it can be hard to keep track of how well we’re playing. Our short term winnings don’t always reflect our standard of play.

As a result, it is vital that you learn to be self-critical in-game, especially when you’re losing.

An excellent way to keep on top of this is to follow a ‘3 strikes, and you’re out’ system.

It’s that last thing you’ll want to do when you’re losing. But remember, you’re better off not playing at all than persevering and playing your C-game.

Another good way to stay ahead is to develop a counterstrategy relating to the information you get at showdowns. This practice will be hard work mentally. But it will help your overall strategic development as a player.

It will ensure you have a good sense of direction when you play against those players in particular.

Say you start struggling to deduce anything from what you’re seeing at showdown.

Now’s the time to consider whether you’re feeling as sharp as you need to be to stay competitive.

Trying to Force Things in a Good Game

Aside from the likely profits, being the best player at the table can be an excellent confidence boost. It’s one of the reasons people suggest dropping down stakes during a downswing.

While crushing everyone is normally a positive experience. letting a little entitlement tilt kick in if things are going your way is easy.

Impatience is the most common manifestation of this (especially if you're card dead and a big whale is splashing their chips around).

As the best player, you become frustrated that other players are winning when you’re not.

You’re the best; you should be winning; it’s not fair, right?

You become impatient out of annoyance or fear that the worst players will lose too much and leave. You start trying to make something happen, playing hands like 53s, 56o and J4s when you know you shouldn’t. 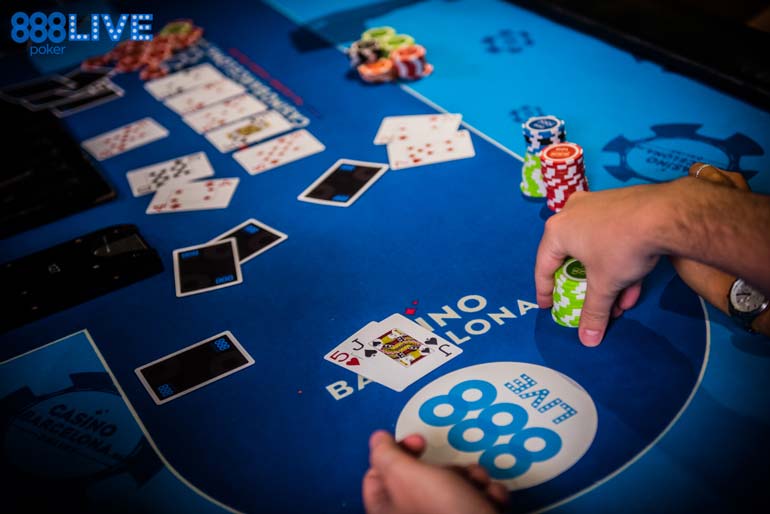 Trying to Force Things in a Good Game

Trying to force things like this is an actual leak because playing these hands weakens your overall ranges. Unsurprisingly, this (bad) strategic change will hurt your EV. A lot of the edge you had over your opponents may have from your stricter discipline and superior hand selection.

You might even play these junk hands better than your opponents. But you won’t have a skill advantage big enough to make up handicapping yourself.

In a flash, you’ve lost your edge. You’re no longer the best player at the table, and you're going to lose.

So, it’s critical not to let your standards slip when capitalising on weaker players.

The better a player becomes, the greater their understanding of different strategies. As a result, they can assess a situation several ways. While this is usually a positive thing, a wealth of knowledge can be a liability if you apply it to the wrong scenarios.

This factor can come into play when we become frustrated and impatient at the tables. It enables us to find a reason to justify what we want to do rather than what we should.

Consider the concept of aggression in this example –

You take a metaphorical step back and look at the information you have.

You make the call. He shows the nut flush and takes your money.

In reality, you knew you should have folded since you had little to no information about your opponent. You became impatient and frustrated.

So, you used your understanding of blockers and an unrelated example to convince yourself to deviate from your standard line. (Remember, preflop aggression has nothing to do with postflop play.)

From your perspective, you methodically concluded that he’s aggressive and understands blockers. But in reality, you weren’t folding and needed a justification to make the call.

If You’re Concerned about a Losing Player, Help

On a more serious note, say you are concerned that a player is struggling. They are losing to the point that they are risking a distressing amount of money.

Now, you have a moral obligation to let them know.

Some people will disagree, arguing that a person is responsible for their finances and performance. Nobody is forcing them to play.

Remember, poker is generally a fun experience. So, somebody that is miserable and constantly losing is not having much fun.

An excellent example of how to do this sensitively involved Tom Dwan when he played a heads-up cash game against Sammy George.

After a massive bluff with 72, it’s clear that Sammy is beyond very tilted.

Dwan kindly lets him know that he's worried he's tilting. He indicates that he's not comfortable playing someone when they're obviously tilted. It would have been easy to profit from his opponent's tilt. But Dwan insisted the players have a break in case Sammy needed to cool down.

The following scenario is probably a red flag –

You see a player turning up to the tables day after day and losing alarming amounts of money. It is quite possible that they already realise they have a problem and are struggling to address it.

You might give them a nudge in a positive direction.

When all is said and done, there are many ways people react to losing at the table.

We hope this article helps you stay competitive when things aren't going your way.

Dan O’Callaghan is a professional poker player who got his start in the online poker world as danshreddies. He has racked up over $290K in online earnings.
Related Content
Turn Your Check-Raise Strategy into a High-Value Play! 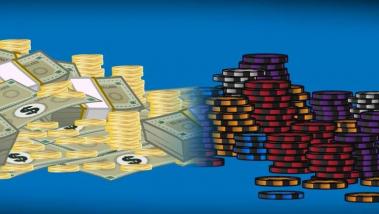