In this guide to poker rake, 888poker will consider all aspects of rake. A solid understanding of rake can be the difference between winning and losing. 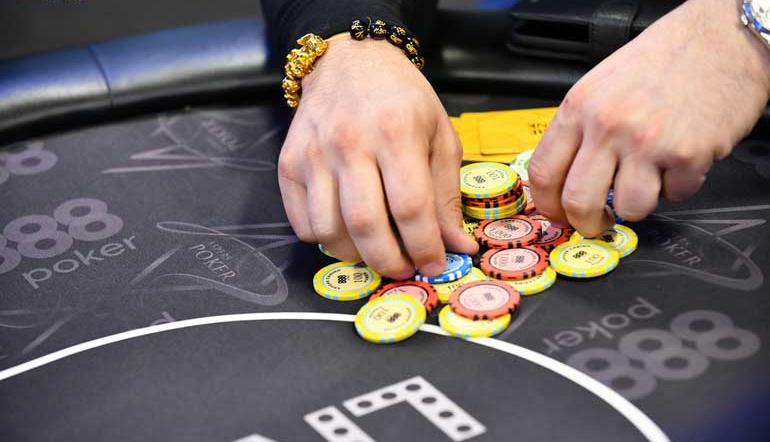 Most poker players are familiar with the idea that they will be paying rake at the poker tables. Only a smaller percentage understand the details behind how rake works and how much rake they are paying.

A solid understanding of rake can make the difference between a winning and losing approach to poker.

In this guide to poker rake, we’ll consider the following -

What is Rake in Poker?

The poker rake is a fee the players pay to the room. In poker online games, it is a percentage deducted from the total size of the pot. This payment occurs automatically without any action from the players.

In live games, there is a similar approach. But there are additional methods a room might use to collect rake, such as time collection and dead drop.

The Rake and the Cap

Pot rake is most commonly measured using two values, the rake % and the cap.

Due to how these two values interact, a poker room with a higher rake % might be less expensive than a room with a lower rake %.

This scenario might happen if the room with  higher rake % offered a low rake cap (and vice versa). On the flip side, a room with a low rake % could end up being very expensive to play if the rake cap is high. It depends in part on the average size of the pots played.

The following table is from the Limits and Rake section of the 888poker website. (Note that these values are subject to change, this table is an example): 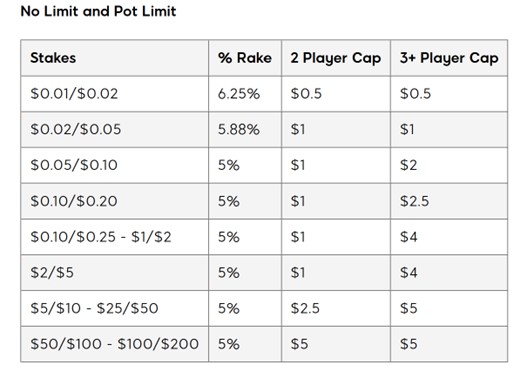 Firstly, the rake % varies depending on the limit. It’s relatively common for lower-limit games to have a higher rake % than higher limit-games. Also, note that the rake costs vary depending on the number of players in the hand.

We see that higher-limit games typically have a larger cap on face value. Having said this, we should generally consider the rake cap in terms of big blinds, not absolute values.

Thinking in terms of big blinds helps us understand how expensive a game is relative to the amount wagered.

It’s one thing to know about the rake % and rake cap.  Now let’s see an example of how to calculate rake in practice.

How much rake does the room take?

The table above shows that the rake is 5%, and the cap is $2. We know that the absolute maximum the room can take is $2 in this case. 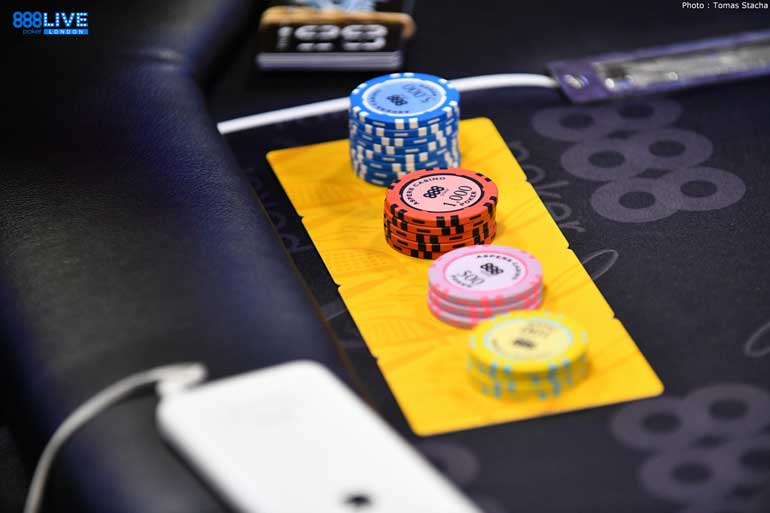 Consulting the table above, we see that the rake is still 5%, but the rake cap is now $5.

The absolute amount of rake is higher in our second example ($5 instead of $1). But the higher-limit game is relatively cheaper in terms of the number of big blinds that go to the room.

Why Do We Care About Rake?

The rake we pay can make the difference between being a profitable or a losing poker player.

Lower rake environments can help us to rise up the ranks quickly and grow our bankroll.

On the flip side, say the rake is so high that a typically winning player can’t make profits. The poker industry refers to this as a rake trap. As we'll discuss later, high rake amounts can be offset somewhat by rakeback.

No Flop, No Drop

Most poker rooms only take a percentage of the pot in hands where a flop is seen. This policy is known as no flop, no drop.

888poker follows the no flop, no drop policy and does not take rake until after a flop is dealt.

Ideally, we’d know roughly how much rake we’ll pay to a poker room over a given period. Just as in the case of running a business, it’s logical to generate an idea of our outgoings before we start trading. 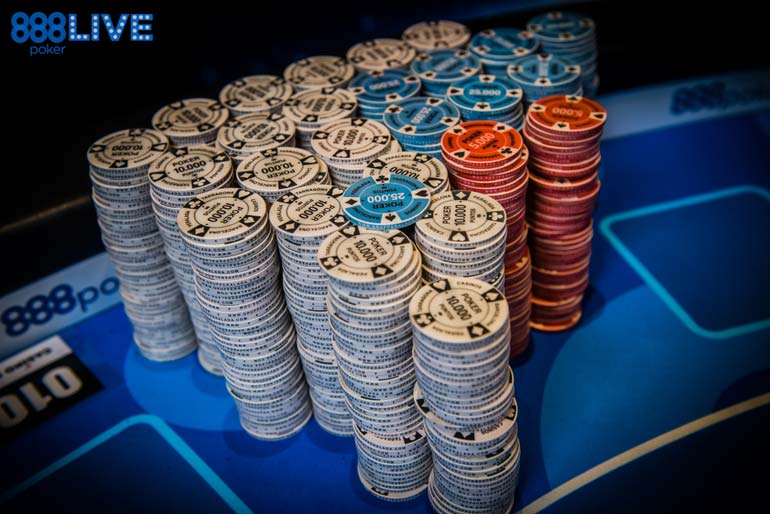 Rake paid is more complex to calculate in advance. The percentage of rake taken will change depending on the size of the pot. Some pots hit the rake cap, while others don't.

So, the best way is to play a volume of poker hands in a specific game. Then figure out how much rake we have paid. Online players can use poker tracking software to show rake paid in big blinds per hundred hands. This resulting number will give us a rough idea of how much rake we can expect to pay going forward.

We might ask another player how much rake they are paying in bb/100 hands in a particular game. While this might be a reasonable starting point, it’s essential to keep in mind that the amount of rake paid is related to our style.

An extremely loose-aggressive player can pay more than twice as much rake as a tight-passive player.

Many poker rooms return a percentage of paid rake back to the players. This scheme is commonly referred to as rakeback.

Rakeback typically comes in the form of some loyalty programme. A poker room might use something other than rakeback to describe their offer.

For example, 888poker offers the 888poker club at the moment of writing. Players earn gold coins for their play at the tables which they can redeem for prizes, including cash bonuses. This offer is a form of rakeback.

Players often like to try and calculate their rakeback amount as a percentage of the rake paid. For example, if a player gets 20% rakeback, they will get $0.20 back for every $1 they rake for the room. 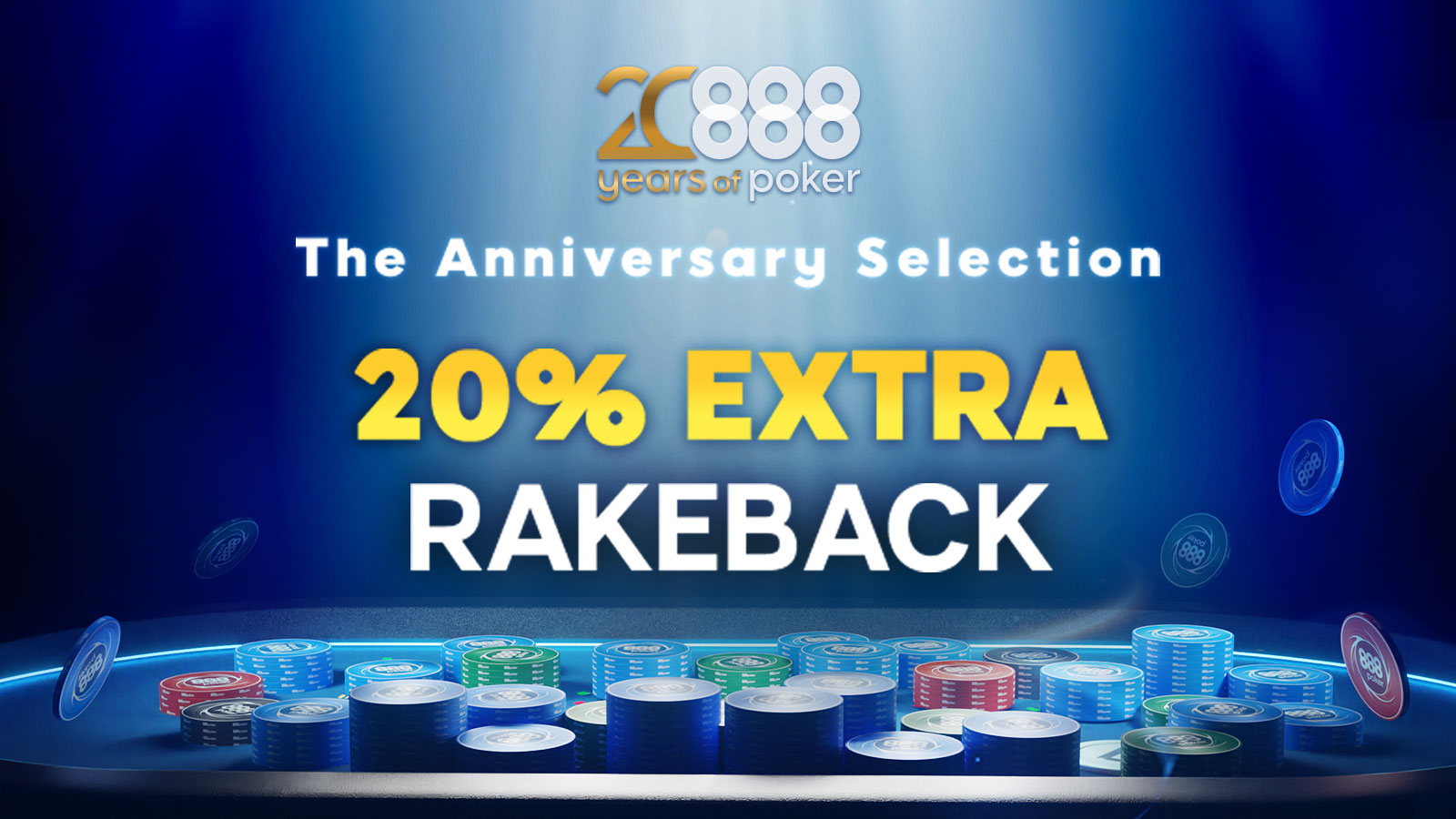 It’s always worth reading through how the loyalty system works on a specific site. Some are more valuable than others.

A rake race is a rakeback programme that rewards players who put in the most volume (i.e., pay the most rake) over a specific period.

This promotion is great for high-volume players. But one downside is that it potentially promotes unhealthy playing habits as rake races can get highly competitive. A daily rake race might require a player to play 16+ hours to take home the top prize.

Rake race prizes can be substantial and easily result in players making more than 100% of their rake back. (They are essentially winning a cut of the rake paid by other players in the pool).

While the poker rooms may sometimes offer rake races, poker affiliates may also carry them. Affiliates are companies that have referred players to the poker room and receive a cut of their rake as payment.

They encourage their referred players to put in high volume by offering rake races as an incentive.

Tournament rake is handled differently than cash game rake. Rather than raking each pot, all players entering a tournament will pay a rake fee upfront, known as a tournament fee or entry fee.

By visiting the tournament lobby in the 888poker client, we can see the breakdown of the buy-in. $3 is the tournament buy-in, and $0.30 is the entry fee that goes to the room. 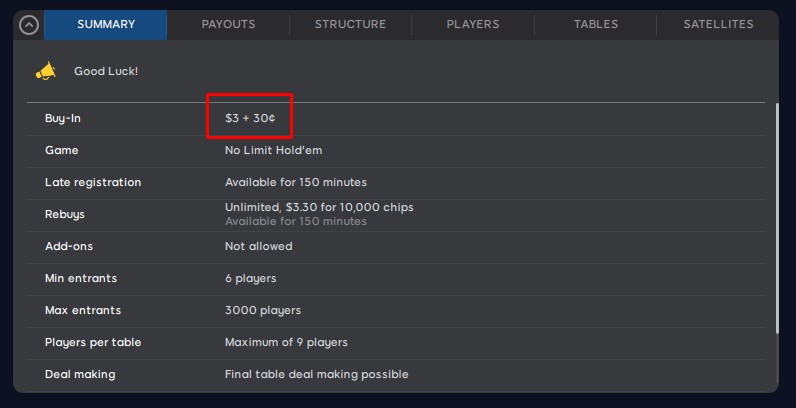