Some poker positions are more profitable than others. Each seat has a unique name to help distinguish between them. Find out which ones play the best. 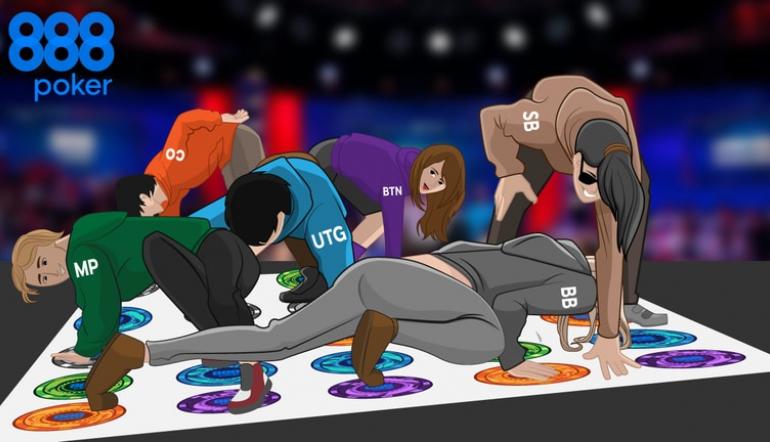 Not all seats at a poker table are equal – some are inherently more profitable than others. Each one has a unique name to help distinguish between different positions at the table.

In this brief guide, we’ll discuss how the positions at a poker table are named. Each position at the poker table has its characteristics and should involve a different strategic outlook.

Hence, the best play is never tied solely to our cards but must account for our position.

For each position, check out the corresponding strategy article for advice on how to play from that position.

The Role of the Button

Positions at a poker table are not fixed. Their relation to the button defines the location of each seat; an object that moves one seat clockwise around the table each hand.

In live games, the button will be a literal plastic disc while online it is represented graphically.

In home games, without a designated dealer, the seat with the dealer button deals the cards for that hand.

Learn about the button here. 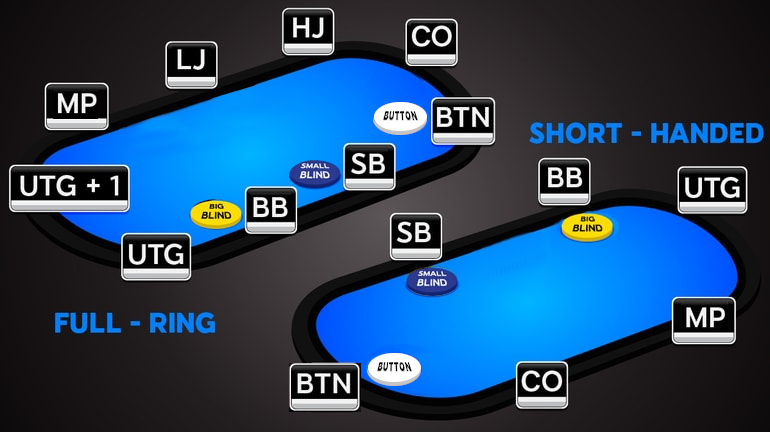 The easiest way to learn the poker positions quickly is to see a visual representation of a table layout. Note that there are two tables here, a SH (short-handed) (6-handed) table and a FR (full-ring) (9-handed table). The naming of the positions changes slightly depending on whether the table is SH or FR.

Note the position of the dealer button on both tables. The seats are defined relative to the button. As the button moves, all other seats move with it.

There are two positions at both SH and FR tables, which are collectively referred to as “the blinds”. These positions are the BB (big blind) and the SB (small blind).

They are named such because mandatory blind payments must be paid from these positions before any cards are dealt.

Where: Two seats to the left of the BTN

Name: Named after the fact that a “blind” payment is required. (Blind in poker means to invest chips without looking at our hole cards).

Characteristics: The BB acts last preflop meaning it often gets to “close” the preflop action. However, the BB typically ends up acting first (being OOP - out of position) postflop unless it is specifically playing against the SB. Due to the effective discount on any preflop call (thanks to the 1bb already invested), wide cold-calling ranges are often incentivized from the BB.

Learn how to play in the big blind here.

Where: To the direct left of the BTN.

Blinds: Mandatory preflop payment is required - usually 0.5bb, but it can vary from casino to casino.

Name: Named after the fact that a “blind” payment is required. (Blind in poker means to invest chips without looking at our hole cards).

Characteristics: The SB is typically a problematic position. Not only does it not get to close the action preflop (constant threat of the BB re-raising behind), but it will always be OOP (out of position) postflop.

Although the SB does indeed get an effective discount on any preflop call (0.5bb already invested), the limitations are enough that wide cold-calling ranges are not incentivised in the SB. At first glance, many players assume that SB and BB are similar positions at the table; the truth is the opposite.

The one similarity is that if all players before us fold, the SB finds itself with an excellent steal opportunity -perhaps the one saving grace of this position at the table.

Pick up some strategy advice for the small blind here. 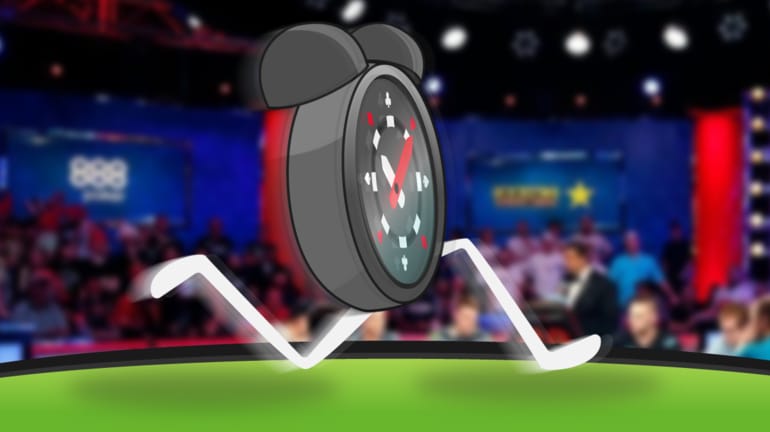 Both the BTN (button) and CO (cutoff) fall under the designation of LP (late position) in poker. (As do SB and BB – but we are referring to them as ‘blinds” rather than late position).

These seats are typically the two most profitable positions at a poker table (with the BTN being the absolute best).

Where: The position designated by the dealer button.

Name: The name “button” refers to the physical disc that’s passed around the table each hand to indicate who the dealer is.

Characteristics: The BTN is considered the best position at the poker table. It is located in a prime spot for taking down the blinds uncontested (known as stealing). Although the BTN does not get to act last preflop, it always gets to act last (being IP – in position) postflop.

Being IP postflop is a massive advantage in poker, and one of the reasons why being on the BTN is so profitable. The BTN also has the opportunity to attack open-raises from earlier positions with IP cold-calls and 3bets.

Where: The position to the direct right of the BTN.

Name: The origin of the name “cutoff” is mostly unknown, although there are theories. One is that this player would cut the cards after the deal (ready for the flop). Another is that this is the “cutoff” point for steal attempts vs the blinds.

Characteristics: The CO is a lucrative spot at the poker table, but not as powerful as the BTN. The crucial issue the CO has is that any steal attempts need to get through the BTN before being allowed access to the blinds. So long as the BTN folds, the CO is guaranteed position postflop.

However, since the BTN may sometimes elect to cold-call or 3bet, the overall CO profitability is reduced, compared to the BTN. The CO also has the opportunity to attack early position opens but still needs to be aware regarding the threat exerted by the BTN.

Get expert advice for playing in the cutoff.

Seats 5 and 6: The Middle Positions 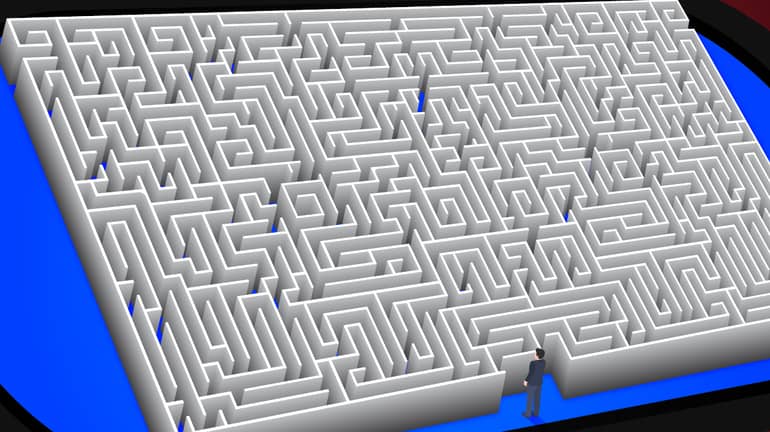 Up until now, both SH and FR tables use identical naming conventions. The middle positions use different names for the positions depending on whether the table is SH or FR.

In SH games, there is only one middle position which is simply referred to as MP.

The lojack is considered one of the “middle positions” in full ring games but “early position” in SH games. (After all, it’s the earliest possible position in SH games).

The term “lojack” is not in common usage amongst SH players, this position being generally referred to as UTG (under-the-gun).

Where: The position two to the right of the BTN.

Name: The consensus is that since the Hijack is not considered a standard steal position, steal attempts can sometimes get a lot more credit than they should. Therefore, this seat can “hijack” the action and steal the blinds.

Characteristics: While profitable scenarios crop up in the hijack, we’ll mostly be looking to enter the pot with a wide range. Since there are four players all acting after us preflop, the chance of us running into a premium holding is relatively high.

It’s also highly likely we’ll end up OOP postflop, assuming we get action from the CO and BTN. Having said that, if both the CO and BTN fold, we’ll get to play in position against the blinds, which is at least worth something.

Conquer the hijack with this strategy advice.

Where: The position three to the right of the BTN - first to act in SH games.

Name: There is no authoritative resource for the origins of this name. It appears to be named such purely because it is next to the hijack. It’s a low powered version of the hijack seat.

Characteristics: LJ is similar to the hijack but even tighter. However, not a lot of room exists for “making plays” from this seat. We either have a good hand, or we don’t enter the pot. We are very likely to end up OOP postflop (unless we specifically get action from the blinds). 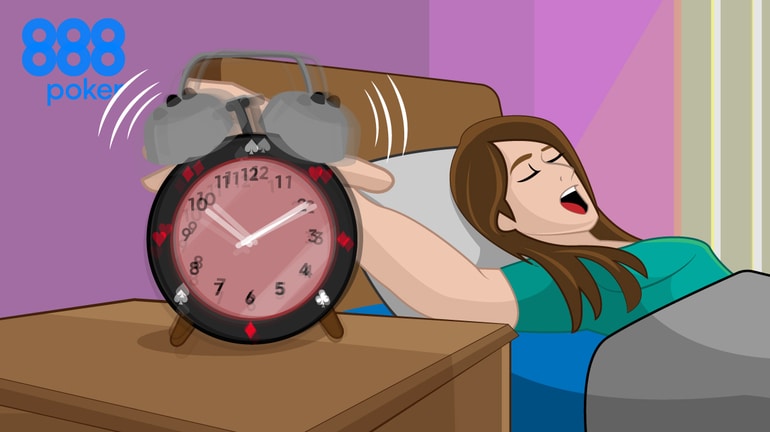 The term “under-the-gun” (UTG) has a specific meaning in poker – the player who is first to act preflop. For this reason, the lojack on short-handed tables is also referred to as UTG. If a table was five-handed, the hijack could then technically be referred to as UTG.

This setup might prove confusing since the designation “UTG” changes based on the table size. If we want static names for the earlier positions, we can use the terms EP1 (early position), EP2 and EP3 (to represent UTG, UTG+1 and UTG+2) on a full ring table.

Although this might seem the most straightforward, the names UTG, UTG+1 and UTG+2 are more commonly used.

Action: These are the first four positions to act on a ten-handed full ring table. UTG+2 is omitted on nine-handed tables.

Name: The term “under the gun” appears to be borrowed from warfare. Those on the front lines of a battle were first to find themselves under enemy gunfire. It’s hence used to describe whoever is first to act on the preflop betting round.

Characteristics: We have listed these positions together. Why? They share very similar features. We are likely to be out of position postflop and have many players to act after us preflop.

Learn how to play good poker in the Early Positions.

The positions in poker are determined by how many players there are at the poker table. We should generally be looking to play more hands at short handed tables.

We should look to play a different range of hands in different positions. Generally, the later our position, the more hands we can profitably play. This is why good players play more hands from the button than they do from under the gun.

Because preflop strategies can be complex, many players like to make use of a hand chart which details which hands to play from which positions. For example, check out 888poker’s ultimate guide to the best starting hands to see an example of a preflop hand chart.

Although play from all positions at the poker table is important, play from the big blind and button are especially important since we play the majority of our hands from these positions.

Like all areas of poker, mastering the importance of position can take time and effort. Why not get started by checking out this late position guide that gives specific advice on how to improve our winrate from late position?