The WSOP and 888poker have agreed to continue their partnership for the second year running. Check out all the big exclusives coming your way as a result. 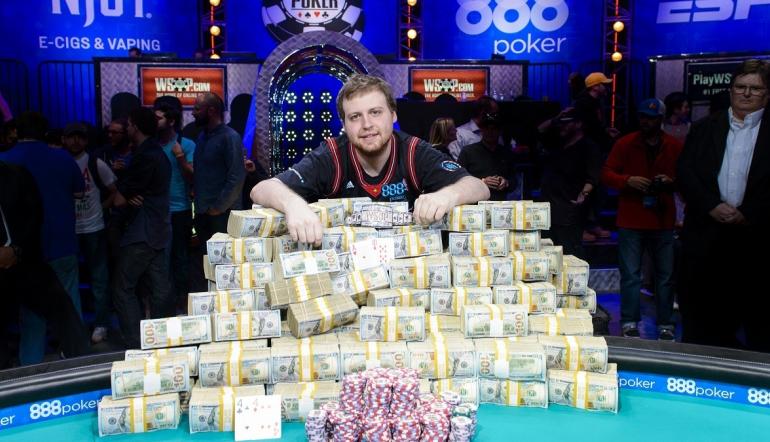 888poker has never been one to shy away from big partnership deals. The continuation of a 2015 agreement, enabling the online poker giant to offer exclusive World Series of Poker qualifier satellites and promotions, is no exception.

The 2016 deal will open the door to even more offers being available to 888poker members located outside of the USA, Canada, France and Italy. As one of the world’s leading online poker providers, this broad sponsorship and content agreement with the World Series of Poker (WSOP) will make 888poker a leading sponsor of the 2016 WSOP in Las Vegas this summer, for the second year in a row!

The expanded deal will guarantee that 888poker is the only online poker operator running official online WSOP satellite qualifiers and themed promotions (outside the four territories listed above).

Last year there were 128 players, sponsored by 888poker, who registered to play in the WSOP Main Event, including 2015 WSOP Champion Joe McKeehen. The lesser-known, but equally amazing Tommy Yates, a British ex-pat, earned his ticket to the Main Event via a one cent satellite entry. And, there's every chance that some lucky player will be able to follow in the spectacular steps of 888poker player Tommy Yates.

Even today, the story of how he fought his way through online qualifiers to win a $13,000 package to Vegas is the stuff poker legends are made of. Tommy eventually finished in-the-money, with an incredible $19,500 cash payday, after being busted by eventual champion, Joe McKeehen.

This year, 888poker will again be running their multi-step satellites tournaments, all day and all night long. With buy-ins starting from as little as one cent, every poker player has an affordable path to WSOP fame and glory and a once-in-a-lifetime live poker experience.

For the first time, a special $888 buy-in WSOP Gold Bracelet Tournament will be part of the WSOP schedule in 2016, officially labelled as Event #54.

Nicknamed “Crazy Eights”, this 8-Handed No Limit Hold'em event will have a guaranteed $888,888 to the first place winner. With four flights and a maximum of one entry per flight, players will have multiple chances to take a stab at the top prize, if they happen to bust early.

And, there's even more exciting news for 888poker members! Players will be able to enter to win a package to this bracelet event, which includes buy-in, flights and accommodation.

The exclusive online Qualifiers to WSOP events are already running at 888poker. There are seven Steps Satellites, starting at one cent, that can take a player, in style, to a 2016 WSOP Las Vegas Main Event package, worth $12,500.

Winners of the 888poker WSOP Main Event Packages can expect the following treats:

To strengthen 888poker's position on fulfilling the dreams of more players at this year's World Series of Poker, Senior Vice President & Head of B2C at 888 Holdings, Itai Pazner said:

“The World Series of Poker is the pinnacle of the poker calendar and during the Main Event, the eyes of the poker world are on the action in Las Vegas. In 2015, we made dreams come true for Tommy Yates and renewing our partnership will help to get more 888 players from all over the world to the WSOP again this year.”

“The sponsorship is fantastic for the 888poker brand, for 888 players, and for the poker community more generally.”

As part of the wide-ranging agreement, 888poker will continue to receive a lot of publicity via live reporting on WSOP.com, reaching all visitors coming to the site outside the United States. We will also obtain brand exposure through the WSOP Main Event television programming on ESPN, as well as throughout the summer during the WSOP.com official live streaming of gold bracelet event final tables.

The brand exposure will include above the felt sponsorship and on-site branding boards wherever WSOP final tables are hosted. In addition, 888poker has committed to aid in the distribution of WSOP television programs some key territories outside North America.

“888 is an important part of the WSOP family, both domestically and around the globe,” said WSOP Executive Director Ty Stewart. “We applaud 888’s commitment to market the game with unique offers and incentives around the biggest poker festival on the planet, and hope many online qualifiers have their dreams dealt in Las Vegas.”

Satellite Qualifiers to the 2016 WSOP Main Event are already running on 888poker.

Will you be there?