In line with 888poker’s Made To Play re-branding, we’ve refreshed our tournament collection. It features a revamped schedule with something for everyone! 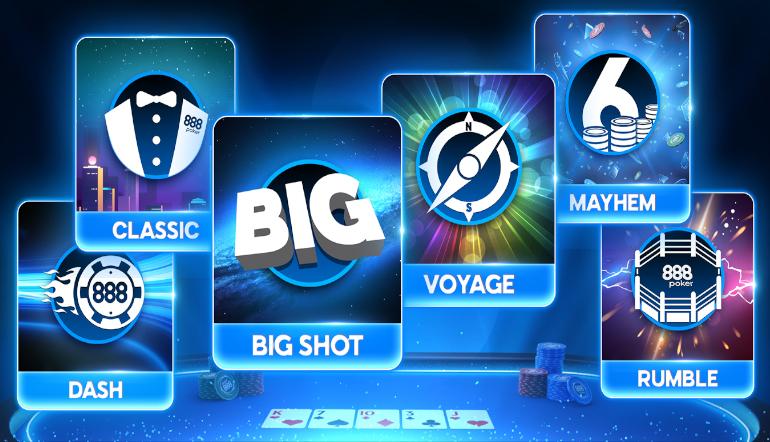 888poker is Made to Play! As part of that mission, we’re introducing a revamped tournament schedule. After years of the same events – say goodbye to the BIG Fish, Dragon, Monsoon, and yes, even the Mega Deep!

We’re presenting a new slate of clear and well-organised tournaments will be offered.

This new collection will offer the following -

Additionally, we will have higher GTDs each week with over $500,000 added. We’ll offer more Progressive Knockout (PKO) tournaments and feature more tournaments with at least a $10,000 guarantee.

The new slate of tourneys is designed to level the playing field. As a whole, the tournaments will be recreational-friendly. They’ll be shorter in duration and pay out more players.

From 6-max tournaments to daily PKO events, deepstacks to turbos, and freezeouts to the “Main Event” of the day, there are plenty of new tournaments.

Here’s a look at the new tournaments coming to 888poker:

The Big Shot: The main event of the day with the biggest prize pools.

The Dash: If you like it quick, these thrilling turbo tournaments are for you.

The Rumble: Daily PKO tournaments – knock out your opponents and claim as many bounties as you can.

The Voyage: Take your time and enjoy the experience in deepstack tournaments.

In 888poker’s new tournament collection, there is something for everyone. We’re celebrating this incredible change by giving away over $200,000 in tickets and seats to the new tournaments!

This promotion will start on February 25 and running through April 2.

Tickets will be granted via –

Gift Drop prizes are random prizes granted to random players. So, literally, anyone can win!

Also, the daily “no-ticket needed” freerolls will grant seats and tickets to our new tournaments.

In fact, most tickets will be awarded in these freerolls. So, you’ll definitely want to get in there and grind!

Click here for more details on the new tournament collection. 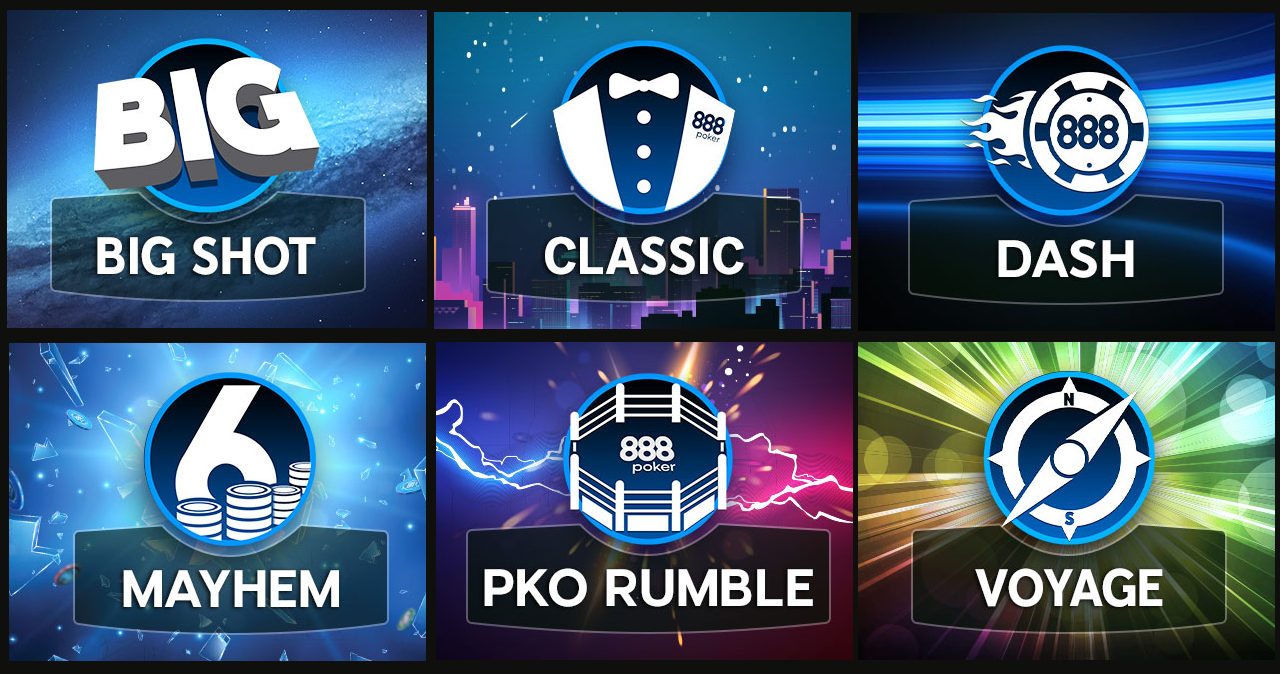 Here’s a look at the daily highlight tournaments coming to 888poker. (Please note the guarantees and hours are subject to change.)