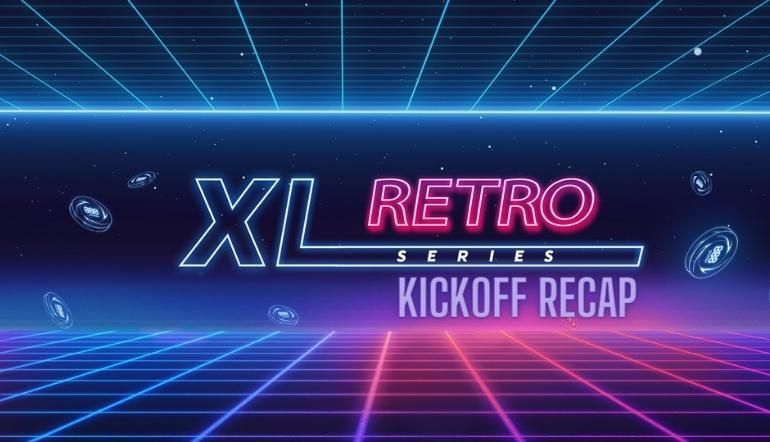 Sunday, October 9, the XL Retro Series kicked off on 888poker. The latest edition of the XL Series will run through October 25 and offer more than $1.7 million in guaranteed prize pools.

On the first day alone, three tournaments catered to 1,920 entries while awarding $198,670 in prize money. The trio of winners, who are all highlighted below, hailed from different countries – Germany, Malta, and Canada.

For a look at the full schedule, please click here.

Among those to make relatively deep runs were the following –

The top nine players went on an overnight hiatus before returning on Monday to duke it out at the final table. Germany’s “Whosbad” came in as the chip leader with 7,767,507, while Peru’s “Diegoavc” sat in second with just over 6 million. On the other end of the spectrum, England’s “GGWP888” was the short stack with 919,024.

Expectedly, the short stack was the first to bow out, while “Whosbad” only managed to make their way to fourth place for $6,924. “Diegoavc” made it to heads-up play against Germany’s “ZackSteffen”, who had begun the final table fourth in chips with 5,129,406.

The German ultimately emerged victorious to win the tournament for $17,532.

The title came down to a pair of players from Malta. After nearly six hours of play, “PotofGreed” defeated fellow countryman “Le_Piaf” in heads-up play to claim the title and $14,660.80 in prize money.

The top 96 finishers got a piece of it, including the following –

On Tuesday, October 25, we will live stream the Main Event final table on our Twitch 888pokerTV. The stream will feature giveaways and a special freeroll.

You can also check out the 888pooker StreamTeam and ambassador Twitch channels, where they will play events throughout the series. They will be giving away free tickets on top!