Spread Limit is a type of betting structure where players may use any bet or raise sizing within a designated range. 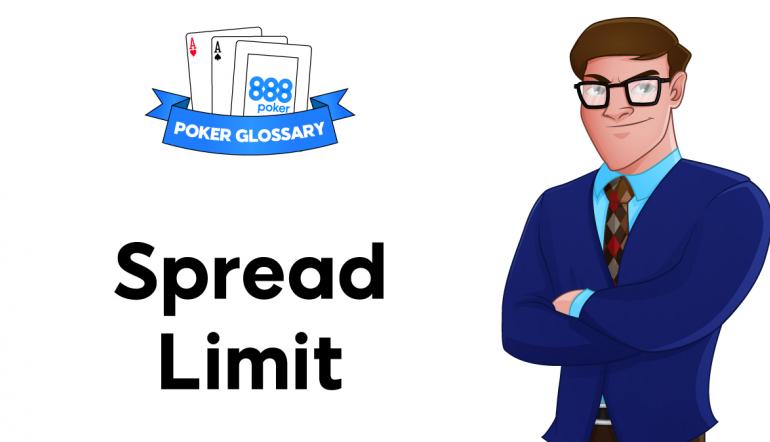 Minimum re-raise rules apply. If a player were to bet $4 on the flop in a $1-$5 spread game, any subsequent raises must be at least $4. However, on the next street, bets may return to $1.

Spread limit is hence often considered a middle ground between No-Limit and Fixed-Limit games. Players still retain some choice in which sizing they select. But they can’t overbet all-in for their entire stack at any given moment.

Example of Spread Limit used in a sentence -> It was a $3-$10 spread limit game. So, the maximum we were allowed to bet on the river was $10.

The concepts of implied oddsand reverse implied odds are of less importance in a spread limit game. When extracting value, it’s hard to get a big payout because we can only bet so large. When facing aggression, we can effectively cap the amount of chips our opponent can invest by just calling. We are, hence, less concerned about the effects of reverse implied odds relative to a no-limit game.