What is Tilt in Poker?

Tilt is the term used to describe being angry while at the poker table. A tilted player often makes questionable decisions since intense emotion has the ability to shut down the more rational side of our brain. Although primarily associated with anger, bad decisions made as a result of other emotions such as fear, boredom and tiredness may also be described as tilt. The expression “on tilt” is frequently used to indicate that a player is tilted. 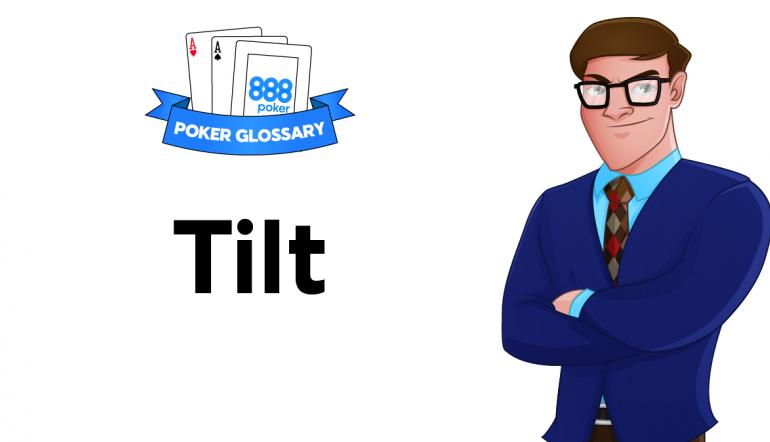 While the term “tilted” is most commonly used to describe a feeling of anger and frustration, it can also be used to describe anything which prevents us from playing our best game of poker at the tables. “Tilt” could hence also be caused by boredom, fear, distraction and a range of other variables.

Example of Tilt used in a sentence -> After my set lost to quads in the very first hand I was on tilt for the rest of the session.

How to Use Tilt as Part of Your Poker Strategy

Having a strong, well-regulated mental disposition is extremely important for those who are looking to make consistent money playing poker. There are some otherwise talented individuals out there who are unlikely to make money due to inability to control their mental state.

For more information on improving the mental aspect of playing poker, see the glossary entry under mental game.