The Biggest Inspirations in Poker

We set out to discover the biggest influences in poker and find out that it’s not all about the money or the fame. Find out why. 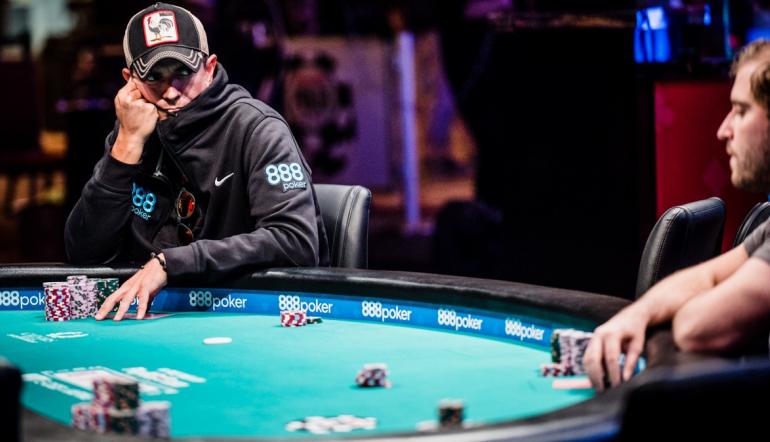 It's so cold; the players sit around my kitchen table wearing old ski jackets and Christmas jumpers that have never seen the light of day. They have been drinking for hours. Heads are nodding, but my wife is like those creatures with the beady eyes you see in the bush when you shine a light on them in the darkness, shot of vodka in hand ready to pour it down the throat of the first person to close those eyes. And you don't want to close your eyes. There is £1,000 in the middle. It's winner-takes-all.

When I set out to find the biggest influences in poker, I imagined a List Article. But it didn't turn out that way. My biggest inspirations in poker were those people sat around my kitchen table. It's because of that camaraderie that I fell in love with the game, and

I was not alone in my thinking.

MORE THEN JUST THE MONEY

Darryll Fish found freedom through poker. The World Series of Poker Circuit (WSOPC), gold ring winner, has amassed $2.5m in live tournament cashes and he also believes his friends were his biggest influences.

“When I was first coming up in poker, there were a few people who served as inspirational and had a major impact on my development as a player.,” Said Fish. “First, a couple of my close friends who had already made a name for themselves in poker, Adam "Roothlus" Levy and Matt "MattG 1983" Graham. These two played a big part in my learning curve, and took me under their wings so I could potentially catch up to where they were skill-wise.”

"I got into poker playing with a group of close friends who all started to play together from complete beginners to obsessed beginners, and I have to point to that group as my collective biggest inspiration in poker." Said Vas Nunes.

From that kitchen table, I found myself scouring online book shops for the best poker books in the business. I have read them all, and it's what prompted me to rank the most influential poker books in time via the feedback of the world's top professionals.

The book that came out on top of that survey was Dan Harrington’s series on Hold’em, and so it shouldn’t surprise me that many people point to it as their biggest inspiration in poker.

"My first big influence when getting into tournament poker was Dan Harrington because of his great books on tournament poker," said 888Poker Ambassador and multiple WSOP bracelet winner, Dominik Nitsche. "His books made me think about tournament poker when they first came out and helped turn me into a winner in that format for the first time. I don't think anything has had as much impact on my career as the Harrington on Hold'em books."

French star Emile Petit has won close to $350,000 playing live tournaments and expressed his affection for David Sklansky's The Theory of Poker and Doyle Brunson’s Super System when asked what his biggest influences were. UK Pro Neil McFayden took the same line as Nitsche pointing to Harrington's famous book series as his greatest inspiration.

HOW ONLINE TRAINING SITE CAN HELP

One of the significant moments in my career was learning about online training sites. I had decided to become a professional poker player, so when searching for an online training site to improve my game, I Googled The Best Online Poker Player on the Planet.

That search unearthed a new name for me: Phil Galfond, the winner of over $8m in profit playing online cash games. I became a member of BlueFire Poker, and the likes of Niman ‘Samoleus' Kenkre, Martin ‘DrGiggy' Fournier, and Jason ‘PBJaxx' Senti became some of my biggest inspirations in the game - not to mention Galfond himself.

Craig McCorkell has won over $2.2m playing live tournaments, and he found his early inspiration in online training rooms.

“JohnnyBax and Sheets at PokerXFactor and Taylor Caby and Cole South at Cardrunners both had a massive influence on me poker wise," said the WSOP bracelet winner. "They were the first people to create a community feel to learning and improving at poker and encouraged discussion and interactions with peers that weren't there before."

THE IMPORTANCE OF COMMUNITY 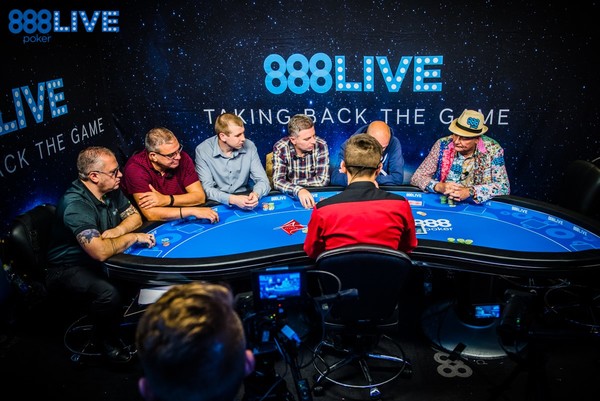 McCorkell points out one of the critical success factors if you are going to take your game from the kitchen table to the lights of the Mothership at the WSOP.

I found it around my kitchen table, and later at BlueFire Poker. And when talking with pros about their biggest inspirations, a community was the common thread holding all of the answers together.

"It's not so much a single person as a team of people that were my biggest inspiration," said O'Callaghan. "Even before I signed as an ambassador, the Team PKR Pros inspired me. It was Sascha Walter that got me into studying the game. He told me that you get out of poker what you put in, and introduced me to Deuces Cracked a good few years ago.

"It was when I began to realise how sophisticated the game is. Simon Hemsworth was good too. He was always there if I wanted to chat hands and would give me a fair and in-depth response and showed a lot of faith in me, buying a piece now and then."

Another UK pro, Scott O'Reilly, who has earned close to $400,000 playing live tournaments, also found his inspiration in a community.

"There were a few Magic {The Gathering} players that helped my transition from one to another," Said O'Reilly. "People like Gary Jones, Johnny Lodden, Elky, David Williams to mention a few. I played Magic with these people and then watched them storm the poker world, that's what gave me a push, after all if they could do it how hard could it be!"

And you can pull inspiration from watching a community without being a part of one. Emile Petit told me that one of his biggest inspirations during his early years was the rise of the aggressive Scandinavian players, in particular, Eric Sagstrom.

FINDING INSPIRATION IN TV AND MOVIES

With a Bluefire Poker account in my back pocket, I quickly devoured every piece of poker related content I could find, and this is when I found the televised coverage of the World Poker Tour (WPT). It was such a ramped us cheese fest of American production, but I loved everything about it from Mike Sexton's corny catchphrases to the hot girls who used to walk on stage and pour the money onto the table when the play reached heads-up.

“I was a child of Late Night Poker," said O'Reilly. "I found it during a Magic the Gathering session with some buddies and was instantly hooked! We ended up learning the rules and playing a simple version (our variant of mixed limit hold'em I guess) for penny stakes.

“A couple of key figures just stuck out at the time, this guy who looks like he should be out robbing safes, a guy with upside down sunglasses, I think I can remember each and everyone from that show, even the over exaggerated American commentator! I since then have had the opportunity to play/hang out with pretty much all of them, some I am lucky enough to now call friends, which is truly odd in itself!”

Paul Vas Nunes found inspiration watching reruns of the WSOP, and Emile Petit was one of many pro poker players who cites the movie Rounders as a major inspiration.

FINDING INSPIRATION IN FLESH AND BLOOD

Ultimately, all of these inspirations emanate from a single source. An idea for a TV show, a book, an online poker room - they all came from the mind of a person.

The choice of a person as a source of inspiration was the standard answer after I had canvassed the opinion of a series of pros, and a couple of themes emerged.

888Poker Ambassador, Kara Scott, is one of the most inspirational female poker players in the game, today. One of her core values is equality and fairness, and so it's no surprise to find two strong female figures to be her inspirations in a game that's dominated by men.

"As for inspirations in poker, I didn't have many among the big pros when I first started out," said Scott. "Over time, I realised what amazing people Linda Johnson and Jan Fisher are, and I'd say the community they've helped to develop in poker and the way they've impacted how the game grew - that's pretty amazing. They are two of the people I'd like to emulate in the game. They love poker, and work hard to enhance the positives of the game." 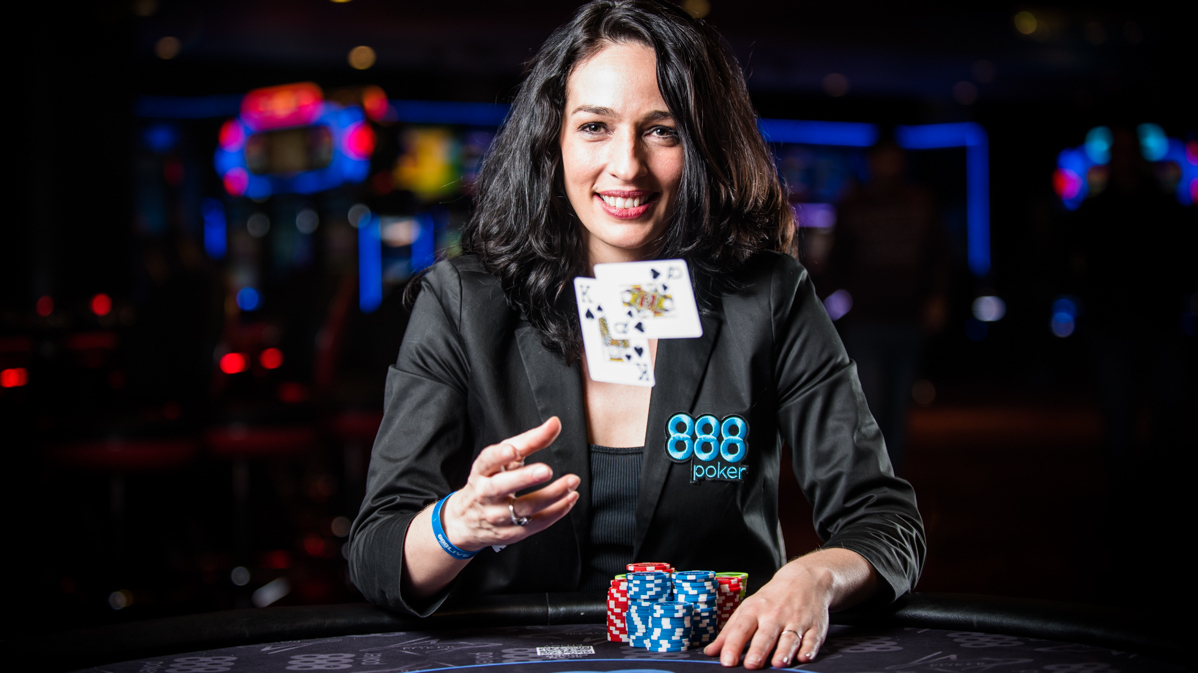 Unsurprisingly, there was a geographic feel to the human connections. Former professional footballer and poker player, Steve Watts, pointed to his London comrades James Akenhead and the Chattha brothers Sunny and Chaz as his biggest inspirations. They formed The Hit Squad alongside Praz Bansi and Karl Mahrenholz, and Watts said they inspired him because they won chunks!

“Watching Fedor {Holz} go on that insane heater last year was inspiring to me in a different way. What he has done clearly shows that it's still possible to win millions at the game in very short time.” Said Nitsche.

Poker is a fun game, but for a lot of us, the money is the magnet. I know, as I sat in that game at my kitchen table I wanted that grand.

So the superstars of poker can be very inspirational as Darryll Fish explains:

"Other inspirational figures for me, were guys like Daniel Negreanu and Phil Ivey," said Fish. "Having followed their stories and careers very carefully, I looked at both of them as role models in a way, at least with regards to how to handle yourself as a professional poker player.

“If not for the influence these people had on my thinking and general approach to the game, I can't imagine I would have advanced at the same pace, and who knows how long it would have taken me to confidently play against the best players in the world.”

The ten players who played for that grand on my kitchen table paid me £5 each to deal that night. I didn’t know the rules. I had never handled a deck of cards.

Who would have thought that all these years later I would have interviewed all of those people at Bluefire Poker, and worked for the very TV show that inspired me to leave my job in a brave attempt to become a professional poker player?

Inspiration means to be mentally stimulated to do or feel something.

Get away from that kitchen table and let your poker inspirations drive you to action that could one day change your life.

What are your biggest inspirations in poker?