Could Erik Seidel Be the Best?

Poker strategy has evolved rapidly in recent years, so is it still possible for a veteran of the game to succeed? Erik Seidel proves that the answer is yes. 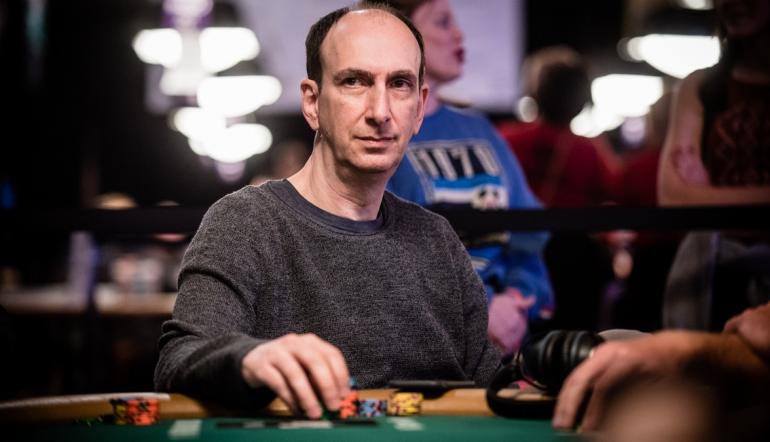 There was a time when Poker wasn't as popular as it is today.

There was a time when the World Series Of Poker Main Event was barely exceeding one hundred entries. However, since the advent of online poker, the game has evolved rapidly, and nothing has been the same. The celebrities, who previously created the history of modern poker, started to give way to those new "internet kids".

Ousted from their throne, only a few have managed to stand the test of time - such as Phil Hellmuth. Although, most of today's best players have harshly criticised his playing style.

Well, shaking off old habits and learning something new is always harder than starting from zero; that's a fact. That said, the world is full of exceptions and today we are going to show you a brilliant example: his name is Erik Seidel.

Born in New York in 1959, in his early twenties Seidel started playing the stock market before moving into poker at the age of 27. His hometown gave him a solid background in card games. Erik had always been a frequent visitor of what many consider the very training ground for all the best poker players in the eighties: the "Mayfair Club" in New York City.

In May 1988, he made his first big score finishing as runner-up at the WSOP Main Event for $280,000 against two-time winner Johnny Chan: definitely not the worst way to enter the scene.

It is 1992, and we're just edging on the dawn of Erik's career. Seidel hit the road over the following ten years, winning three more bracelets and amassing over 3 million dollars.

But the best is yet to come...

Beating the player field after 2003 became harder and harder, for two main reasons:

1) Thanks to the "Chris Moneymaker Effect" – a 27-year-old amateur who won the 2003 WSOP Main Event after winning his entry through a $39 online satellite – a larger number of players wanted to take a shot at the World Series Of Poker.

2) Knowledge of how the game should be played spread, leading to a less conservative way of playing. New betting patterns evolved along with a substantial shift towards a more mathematical approach to the poker game.

Nevertheless, from that year onwards Erik Seidel's earnings kept consistently increasing, especially in 2011 and 2015. He successfully managed to stay on top, maintaining an average earning of more than $1.5 million each year, except for 2006 and 2012.

Here's a list of his gross winnings year by year:

The King of High Rollers

As we've already said, the game of Texas Hold'em has changed a lot the past decade. It reached its peak around 2010, right before the shutdown of the US online poker market due to what's known as, "Black Friday". A generation of new players, meanwhile, started to play regularly and created a different scene in which there was almost no space for the old gold standard of play.

Erik Seidel is clearly the exception since he's one of the few who has been able to improve his game and adapt it to new styles. This has been his key to staying on top all over the years, no matter the complex transformations occurring in poker.

Erik has become a master, especially in High Roller tournaments, and he has incredible results against the best players all around the world.

Here are his High Roller scores as of December 2016:

Getting more detailed about Seidel's improved style of playing, let's have a look at this particular hand that he played last year during the €100,000 EPT Monte Carlo High Roller.

Erik was heads-up against one of poker's newest phenoms, Dzimitrj Urbanovich, who began the session off as chip leader. But, he was subsequently relegated to being a 4-to-1 underdog in chips at the start of this crucial hand.

The spot we are going to focus on sees Seidel checking his option from the big blind with J♦ 4♦. After both players checked on a 6♠ A♠ A♦, Urbanovich bets 1/3 pot on the K♦ turn. Erik calls with a flush draw and a 5♥ hits the river.

Urbanovich continues his aggression and fires a second bullet for less than half pot. Seidel tanks and after a few minutes eventually decides to call with Jack-high for a marvellous bluff-catching play, as Urbanovich shows 4♠ 2♠.

Let's try to get into Erik's head: How can you call your opponent with just Jack-high?
Urbanovich's preflop limping range is close to 100%. Therefore, a flop of 6♠ A♠ A♦ isn't as bad as it seems.

After Erik checks on the turn K♦, there's a high chance that Urbanovich could bet either to steal the pot or for value. Therefore, calling with the flush draw is almost mandatory. The 5♥ on the river is a blank: What can Urbanovich represent with such a small bet?

On a paired aces flop, he would have probably bet for value with King or Queen high, to win the pot straight away. Therefore, his bet on the turn doesn't necessarily mean he has a King. The same is true when he continues to fire on the river.

Urbanovich might be checking behind with any small value hand (even Queen high is a value hand in this situation), so as not to be check-raised by the opponent. After being called once on the turn, any bet by Urbanovich on the river would be highly polarized.

Seidel has to call 1/4 of the pot on the river, which means he has to guess right one time out of four to make this play +EV. And, so he does...

At the moment, Erik Seidel ranks 2nd on the All Time Money List. But, if we throw out all player results in "The Big One for One Drop" (a $1million buy-in tournament held twice at the World Series of Poker), he suddenly jumps to the top with $30,963,853 in live earnings (as of December 2016).

Let's see how the All Time Money List rank looks without the "One Drop" cashes: According to this revised listing, Daniel Negreanu would be second all-time with $30,628,693 followed by Phil Ivey in third position with $23,856,035.

Erik, The Quiet One

The first thing you may notice by scrolling down Erik's WSOP cashes is the enormous amount of final tables he has reached over the years: 41 out of 101 ITM (including 8 bracelets, 3 runner-up ad 2 third places).

It's one of the best records in the history of poker. WPT circuit scores are notable as well: 8 final tables out of 23 cashes with a 1st a 2nd and a 4th place. Not too shabby.

Despite his lengthy career, Erik has never reached Hellmuth's popularity, attained Negreanu's charisma or went on one of Daniel Colman's run, but he's the only one who can look down on all of them. Truth be told, he doesn't like being too much in the spotlight, even though his achievements are as clear as day to everyone.

Don't get us wrong; he is one of the most renowned poker players in the world. The last hand he played against Johnny Chan in the 1998 WSOP Main Event was featured in the best poker movie ever made, "Rounders".

Also, he has been featured on the small screen, making appearances in "Poker After Dark" and the "Million Dollar Cash Game", to name a few. And, since 2010, he's a member of the Poker Hall of Fame.

Seidel recently admitted to working less than he should on his game. We are in awe and cannot even imagine what would happen if he started to work on it.

For now, he knows how to adapt his style to a wide range of opponents and counteract their play in the best way possible. That's Erik's style!

About the Author
By
Stefano Atzei 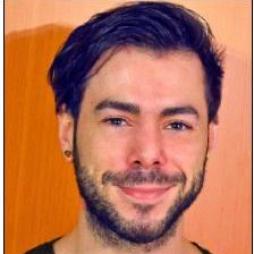 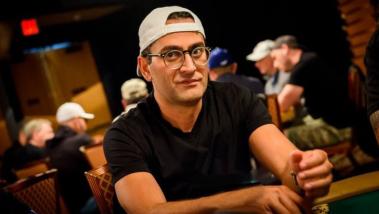 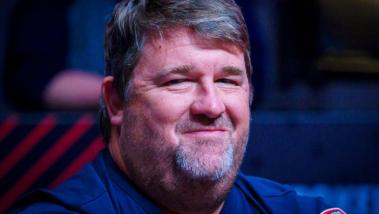