Top 5 Poker and Gambling Movies to Check Out on Netflix

From movies to television shows to documentaries, Netflix has a massive amount of entertainment. 888poker counts down the Top 5 Poker Movies. 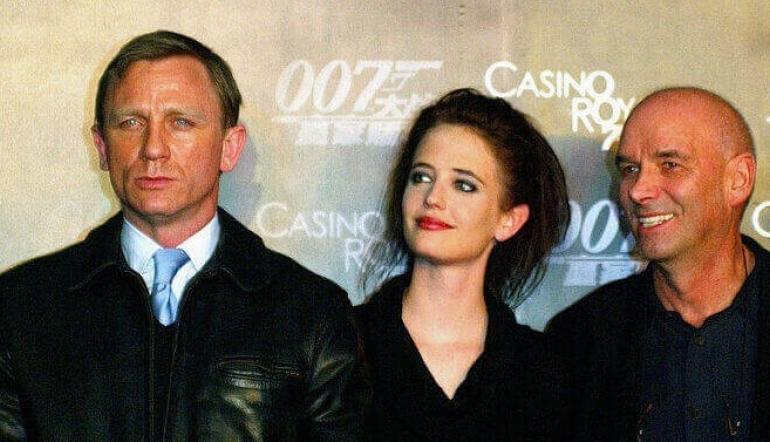 The phrase “Netflix and chill” says it all. It has become a cultural reference with the ease of streaming almost anything on demand. That’s good news for poker fans as well.

From movies to television shows to documentaries, Netflix has a massive amount of entertainment.

Those heading to Netflix for some gambling are in luck. You can check out a few options, including casinos, sports betting, and even some poker.

Here’s a look at a few of those.

Many gamblers have imagined being able to count cards at the blackjack tables and winning big from multi-million-dollar casinos. Many players dream of this, but only a few make it happen.

This film tells the tale of the famous MIT (Massachusetts Institute of Technology)) card counting team. The movie is based on actual events outlined in Ben Mezrich’s best-selling book Bringing Down the House.

The students – including the writer Andy Bloch - go from study sessions during the week to casino penthouses and the high life on weekends in Las Vegas. These college kids use their brilliant minds to crack the casinos but face plenty of struggles along the way:

21 is quite a tale and features a great cast, including Kevin Spacey, Laurence Fishburne, and Kate Bosworth.

Okay, so the poker action may not seem too realistic, but James Bond ditches his classic casino game of baccarat for poker this time. The spy mixes it up in a high stakes game with some of the world’s wealthiest bad guys.

This game isn’t a $100 daily tournament at your local casino. There’s plenty of 007 style – Bond prefers a tuxedo at the table rather than a hoodie.

Daniel Craig again does a superb job shaping Bond into a modern hero. In this film, 007 is out to bankrupt an international terrorist financier. There are loads of fisticuffs and even some romance along the way for the world-famous spy.

Can Bond outwit his foes and score big at the poker table? You probably know the answer to that one, but it’s a fun ride in getting there.

This comedy features Jake Johnson as Eddie Garrett, a gambling addict from Chicago. He works as a parking attendant at Wrigley Field by day. And one day, a Windy City tough guy heading to prison for six months asks him a favor.

Eddie goes along with the plan but can’t resist taking a  peek inside. But he eventually opens it up and borrows $500 for gambling. That “borrowing” continues, followed by more gambling, including trips to the poker table.

Six weeks later, he learns the bag’s owner is getting out early, and much of the cash is gone. To save himself, Eddie better get ready – hijinks abound.

This British film offers viewers a look from the opposite side of the table – the dealer or croupier in French. Clive Owen plays Jack Manfred, who finances his attempt at a writing career by working as a dealer at a casino. He sees some fascinating characters as part of his daily schedule, getting to know many personally.

But the casino begins taking over his life, to the detriment of other parts of his daily existence, including relationships. Jack begins using the casino life as material for his book and eventually becomes the inside man for a robbery.

Is he getting in too deep, and will his life ever return to normal? This fictional take on casino life offers a unique look inside a gambling house.

If you’re looking for the Adam Sandler of Happy Gilmore, Water Boy, or Grown Ups, Uncut Gems probably isn’t for you. Sandler plays Howard Ratner, a sports betting addict. His life has him scrambling to pay off debts to mobsters while running a high-end jewellery shop. The film has a frenetic pace that will leave viewers constantly on edge.

It offers a gritty look at gambling addiction and the underbelly of illegal sports betting before becoming legal in the United States. This Sandler film isn’t typical; it’s no comedy.

Howard’s life is ultimately falling apart and out of control as he looks for one more big score to get back to even. Can he ever get there?

When the weekend rolls around and you’re looking for a good poker or gambling-related film, Netflix offers some decent options.

As the selections change throughout the year, 888poker will update you on the new ones hitting this streaming service.

*Credits for cover photo in this article belongs to AP Photo*