888poker looks at how some poker lingo is often used too liberally to pin down their true meanings. See if there are any you currently misuse or muddle up. 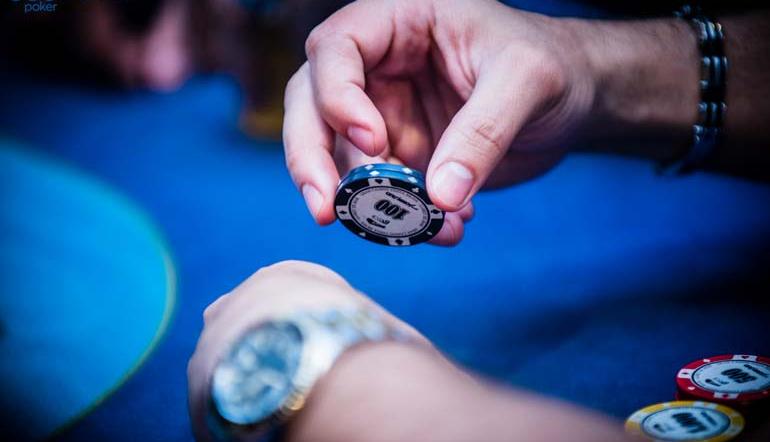 We all know poker has its particular lingo. But have you ever realised just how random and themeless it is? Honestly, slang like "Villain outdrew me" and  "I double-barrelled" seem very Wild-West.

Most poker slang has become second nature for many players with longevity in the poker world. Expressions like 'tilted', 'cooler' and 'back door' slip out habitually on a daily basis. It's normal now.

I realised how bizarre our slang sounded out of context when I tried to explain the game to a non-player.

With so much poker slang to tackle, you might expect people always to make mistakes. After all, the game is constantly evolving, so how can we stay on top of all that lingo?

In an attempt to do that, let’s look at some poker terms that are often used a little too liberally. See if there’s any you happen to misuse or muddle up yourself.

Let’s start with a term you’ve probably heard before but might be slightly generous in your classification. In literal terms, angle shooting is the act of doing something sly or intentionally underhanded. The angle-shooter is attempting to gain a dishonest advantage. 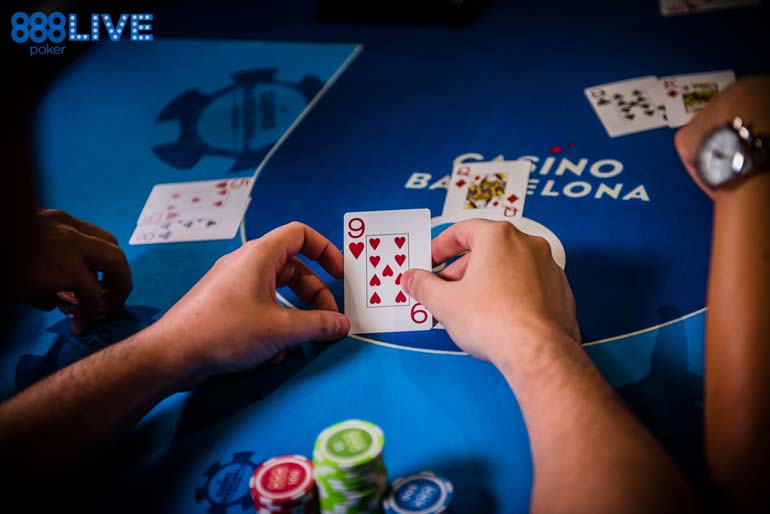 There are many different forms of angle shooting, but common examples include the following:

Angle shoots aren’t quite cheating since most are technically within the rules. But they are almost unanimously considered poor etiquette due to their deceitful nature.

A player’s willingness to angle-shoot tells you a lot about their credibility as s person. So, intentional angle shooters should be condemned as cheaters.

At the 2016 WSOP Main Event, the floor famously considered Will Kassouf’s ‘speech play’ as angle shooting in a high-profile hand against Stacy Matuson. He received a full orbit penalty.

While most of us acknowledge the difference between an angle shoot and a rule break, most poker players are far too timid to call it out publicly.

Backdoor refers to a player’s potential to improve with the combined turn and river cards. Backdoor flushes are the most trendy example. A backdoor club flush draw would require BOTH the turn and river club cards to improve.

Backdoor draws add extra equity to your hand, but it’s not much to write home about. For example, a nut flush draw is good for around 4% equity. You’ll make a backdoor flush one in 25 times (if you get to see both the turn and river). 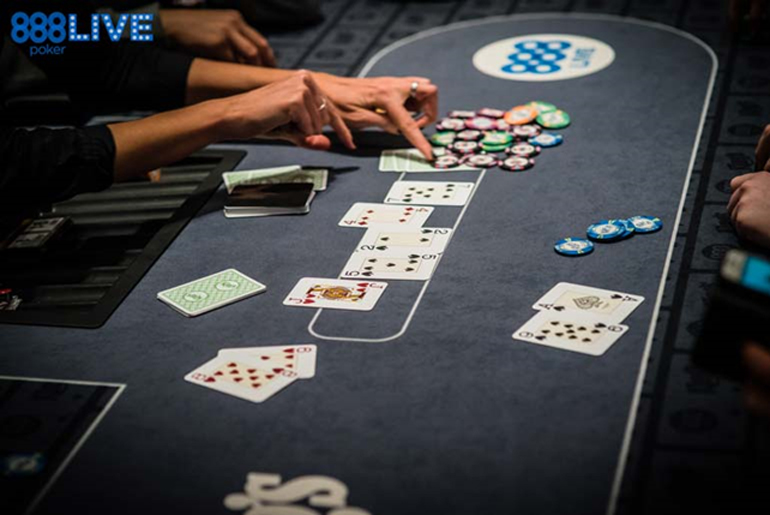 You may feel that you understand the concept already, given how often you’ve probably heard the term tossed around at the tables. But the significance of backdoors is misunderstood more than the concept itself.

Increasingly, players make loose calls or high-risk bluffs with little more than a backdoor draw as justification. These draws are in fashion like clicking it back (min-raising) ten years ago.

The phrase, ‘I had backdoors’, seems to be the go-to phrase for players wanting to sound like they know what they’re doing. Or they’re trying to justify calling in a spot they probably shouldn’t.

Don’t be one of these guys. Their loose justification is a sign of poor discipline and laziness. We'll see a few more examples of this in the following sections.

Remember, backdoor draws are long shots. So, it’s best to think of them as an insurance policy than a concrete reason to make a big play.

Learn to work with the concept in the boot instead of behind the wheel. You will find yourself making far better decisions.

Note: Backdoor draws are most relevant when you have (or want to take) the initiative or are planning a bluff. They will improve to a draw relatively often on the turn, which allows for more semi-bluffing.

A pump fake is a type of angle-shoot where a player moves a stack of chips forward in a way that looks like a bet. They will then pull them back and claiming that they did not bet. (You can do this with your cards too to imply a fold.)

The aim is to gauge their opponent’s reaction to see how they would respond before committing to the play. It’s a dirty, underhanded move; don’t do it! 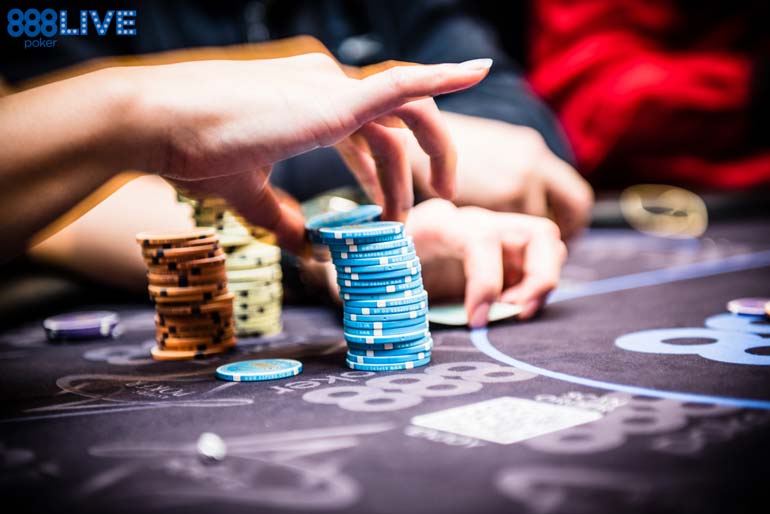 This concept is similar to ‘backdoor’. But a ‘front-door’ draw would be made on the flop. You don’t hear this term very often, as it’s only relevant when multiple flush draws exist. But it’s helpful if you want to be more concise when boring people with your bad beat stories.

While this sounds like another decent superhero name, the term ‘two tone’ is far less exciting from a poker perspective. But it’s an important term to know, nonetheless. This post-flop concept is reasonably straightforward. It refers to the suits present on the board.

Although it’s relatively simple, the idea of two-tone boards is an important concept to understand. Most people tend to play them far more aggressively than monotone boards. As a result, two-tone boards can often be very pivotal. Players often are keen to toss out a semi-bluff or protection bet, which bloats the pot.

When we look at turn play on a two-tone board like 5h,Jh,9s,7s, you can see how things could get a little spicy due to the multiple flush and straight draws.

While most people have at least some idea of what ranges mean, it’s another term sometimes misused.

As with the notion of 'backdoors',  the misunderstanding of ranges isn't due to not knowing what a range is. It's more that players lazily half-use the term to support whatever narrative suits them at the time.

In terms of thoroughness, let’s clarify that a range is simply a group of poker hands. It’s a pretty simple concept. People start to fall off the wagon, though, when it comes to discussing someone's range in a hand..

Too often, players focus on only the top (the strong part) or the bottom (the weak/bluff part) of an opponent’s range. And even when people do remember to assess both, they often completely forget the middle parts. 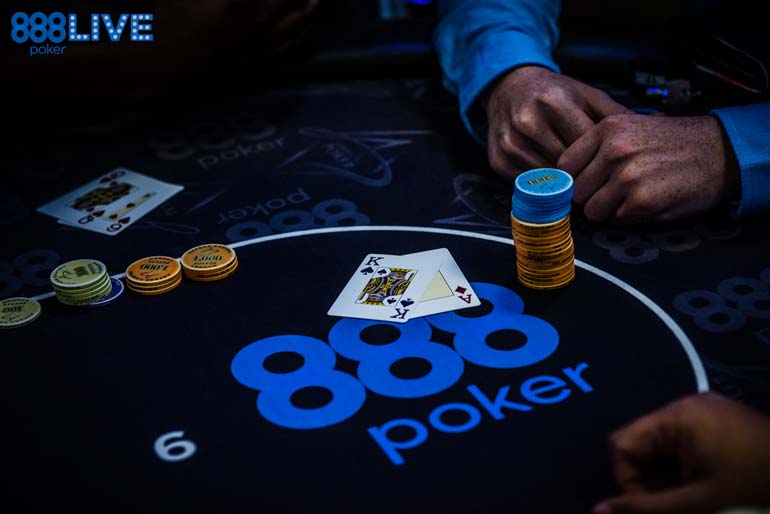 The crucial takeaway is that a player's range consists of EVERY possible hand they can have in a given situation. While this can be divided into smaller sections, it’s essential to consider them all before making your decisions. Over-weighing one can lead to some pretty poor plays.

You need to put the assigned ranges into context, too, since a player’s range is almost entirely situational. (Though personality, mindset and style have an impact also.).

This thinking is a mistake. These players are completely ignoring the context of the spot. Even the subtlest of stack, positional or mental differences can completely change a situation.

We need to consider everything when constructing ranges.

The term "range" makes many people seem or feel like they know what they're talking about. It's comforting to use terminology and slang. Still, the reality is most people are usually just employing a little 'fake it 'til you make it.'

Remember, the term range should be used in the same way you construct your ranges –

You might not be too familiar with this phrase, especially if you play online. A ‘dirty stack’ is an unorganised and messy tower of chips, making it very difficult for your opponents to count. This situation can often be accidental or a result of chip shuffling. But some players keep a dirty stack intentionally as an angle shoot. 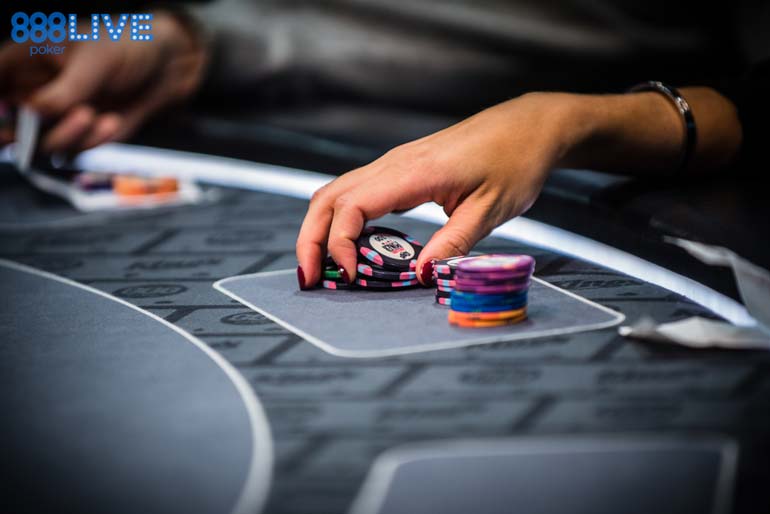 It’s common to have a small, dirty stack of chips that you are shuffling. But most casinos will encourage you to stack the rest of your chips properly if they feel it’s slowing down the game or misleading your opponents.

This term is thrown around the poker table more often than a deodorant bottle in a men’s changing room. So, it’s another concept people tend to feel comfortable using. With that said, it’s another term applied very lazily.

In truth, fold equity is a simple concept far easier to grasp than it is to calculate. Without making things too complicated, your fold equity is based on the following –

The percentage of equity you have in the pot, based on its size vs how often you expect your opponent to fold.

The idea of fold equity is pretty simple in theory. But the issues arise in how quickly people assess it. We only have fold equity against our opponent’s folding range. So, we need to consider how much of their overall range this is before deciding if we have enough fold equity to bet.

Too often, players justify some outlandish bluff with ‘ well, I had fold equity’. Typically, it’s clear from the quality of a bluff that the player spent a mere nanosecond assessing their opponent’s range and fold equity.

The utterance of ‘fold equity’ at the table is often another example of players lazily applying the concept to justify the play they want to make. While they are undoubtedly right about the existence of fold equity, it’s not black and white.

Fold equity is quantifiable. So, factoring it into your decisions takes time and skill.

I hope you’ve enjoyed this review and clarification of some of the more misapplied poker phrases at the tables!