The bad beat has almost become somewhat of a stereotype in poker. Here we count down some of the ugliest ones to have ever graced a poker table. 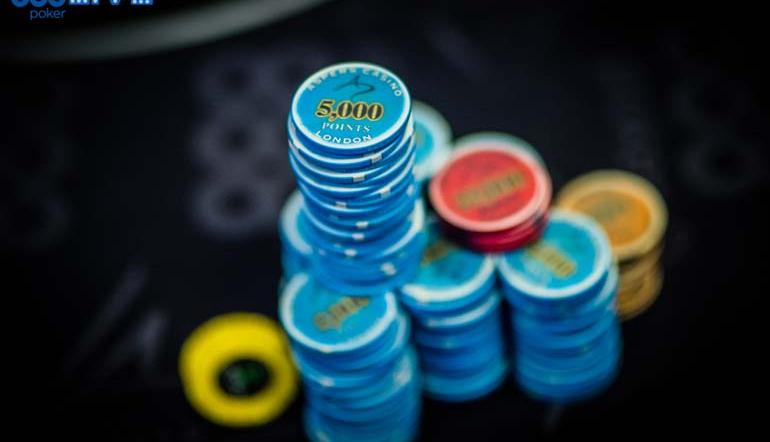 The bad beat has almost become a stereotype in poker. Everyone has had one and often is ready to share some of their misery with others at a second’s notice.

Every player has been there:

These can be extremely frustrating and leave players mumbling, cursing, and talking to themselves. And, of course, they’ll seek out anyone who will listen to this terrible run of cards.

Here’s a look at five terrible bad beats with that in mind.

1 – Hellmuth Hangs on With Queen-Four

When it comes to getting outdrawn or beaten by an inferior hand, no one might react worse than Phil Hellmuth. After all, he is known as the “Poker Brat” for a reason. A hand from the 2022 PokerGO U.S. Poker Open had many players scratching their heads and wondering what might have happened had the roles reversed.

Hellmuth had to have known he was beat. But after counting his chips and considerable thought, he eventually made the call.

“I guess I better play to win,” Hellmuth said before pushing all his chips into the centre of the table.

Foxen had a 71% chance to win and had to be surprised at the call from such a great player. He seemed to be in good shape. Most would expect a Queen to be his chief concern, but only three remained in the deck.

“You’re not going to find this in any strategy books or tutorial videos at home,” PokerGO commentator Brent Hanks noted on the stream of the event.

Foxen looked sick as a Queen immediately hit on the flop. Another of the two remaining also came on the river for good measure.

The unorthodox play pulled in a pot of 1.9 million chips for Hellmuth and moved him back into decent  shape at the final table.

The Poker Brat rode the Q-4 to a runner-up finish for $315,000, with fellow poker legend Erik Seidel taking the top spot for $472,500. The first month after the video hit YouTube, the hand received almost a quarter-million views.

In the video clip, PokerGO labelled the hand “the worst poker hand Phil Hellmuth ever played!”

The World Poker Tour features some of the biggest names in poker from exotic casino locations around the world. The series celebrated its 20th season in 2022 and has seen its share of massive bad beats.

The tour has its own Top 10 list of bad beats. So, what could be terrible enough to make the No. 1 spot?

Danny Nguyen played hand after hand at the final table and was on a short stack. With four players remaining, he looked at A♦7♦ and moved all-in. But Shandor Szentkuti peeled back A♠K♣ and made the call.

Gus Hansen then folded, and the two players were left to see the flop. Szentkuti looked to be in an ideal situation, with Nguyen facing elimination.

He’d been chip leader only a few hands earlier but had proven to be a bit of a gambler. Would those gambling ways send him packing?

The outlook for Szentkuti was even better when 5♥K♥5♦ hit the flop. Catching two-pair gave Szentkuti more than a 99 per cent chance to win the pot.

As commentator and Poker Hall of Famer Mike Sexton noted, the only way Nguyen could take the pot was by hitting running 7s.  He had only about a 0.5% chance of that happening.

The hand was a sickening blow to Szentkuti’s chip stack. Nguyen thanked the crowd, and the stroke of luck helped fuel him to victory and just over $1 million in winnings.

Nguyen’s big score remains the only WPT Main Tour score on his record. Sometimes things seem meant to be. Still, those can’t be comforting words for Szentkuti.

In 2008, John-Robert Bellande sought his first World Series of Poker Main Event cash during a deep run in the event. He accomplished that but was hoping for an even bigger finish.

Late in the tournament and seated next to Phil Hellmuth, Bellande became involved in a huge hand. This beat would have anyone commiserating with his lamentable story.

Russia’s Sarkis Akopyan raised the action from early position with 10♣9♠ with the action folding around to Bellande, who looked down at A♠Q♥.

“I’m going to play for all my chips,” Bellande said, shoving his entire stack in the centre of the table.

Facing a sizable all-in raise, Akopyan amazingly called. Bellande seemed particularly nervous when the hands were tabled, noting that he wasn’t very lucky in those types of situations.

Apparently, he had reason to be concerned.

The flop brought the A♣2♦8♥. Bellande seemed to be in good shape with a 94% chance to win the hand. The 6♠ fell on the turn, giving Akopyan an inside straight draw.

Any of the four 7s in the deck would send Bellande to the rail.

As you can imagine, that’s precisely what happened. The 7♠ fell on the river, giving Akopyan the hand and ending Bellande’s Main Event run. The table groaned in agony at the bad beat, and Bellande exited the tournament 442nd for $27,020.

The deep Main Events run would continue in the coming years for Bellande:

But that tough luck straight by Akopyan may have ended what might have been an even more memorable run.

Mike “The Mouth” Matusow has seen his fair share of bad beats, but this one stands out among his most disappointing. In 2001, Matusow took sixth in the World Series of Poker Main Event for $239,765.

In 2004, he made another deep run in the tournament.

Foster ultimately called but faced quite an uphill battle with The Mouth sitting in a dominating position. Matusow was a 3-to-1 favourite before the flop. That increased to 82 per cent when the flop brought 8♠7♣5♣.

A 7♥ then came on the turn, increasing Matusow’s percentage to 88%. Foster was down to a three-outer, needing one of the last Queens to hit the board.

That’s precisely what happened when the Q♦ hit on the river.

Not many players are as passionate about the game as Matusow. The turn of events left him completely crushed. He literally wept at seeing his Main Event life end, finishing 87th for $20,000.

“A catastrophic hit to Mike Matusow, who never shies away from showing his emotions,” WSOP commentator Lon McEachern noted.

The hand brought a brutal finish for Matusow, who would, at least, see an even bigger run in the following year. At the 2005 Main Event, the four-time bracelet winner took ninth for $1 million and finished 30th in 2008 for $193,000.

Matusow described that ‘04 Main Event run as some of the best poker he’d played in his life. Poker legend Doyle Brunson once noted: “Everyone gets lucky once in a while, but no one is consistently lucky.”

No doubt, Matusow may have thought he was consistently unlucky at the time.

Pocket Aces getting cracked is a terrible feeling. But this hand from the World Poker Tour’s 2018 Montreal event stunned viewers and players alike. Ema Zajmovic won the event a year prior, becoming the first woman to win a WPT event. She was once again at the final table.

Perhaps not realising how strong Gong was behind her, Zajmovic also called. Gong looked to be in great shape, as he called, creating a massive pot.

Going into the flop, Gong had an 87 per cent chance to win the pot. His opponents only looked at a 6% chance each to suck out a win.

The flop brought 3♠2♦8♠, and Gong saw the strength of his hand improve. He was now a 94 per cent favourite, with Ehamparam only holding a 4% possibility to win and Zajmovic less than 1%.

Both his opponents held spades, so a flush seemed unlikely. But the 6♠ came on the turn, adding some possibilities for Ehamparam and Zajmovic.

A miracle 10♠ then fell on the river - the ultimate soul-crushing moment for Gong. Zajmnovic hit a flush to stay in the tournament. So, instead of winning a monster pot, Gong headed out the door in sixth for $134,116.

As the commentator in the tournament noted, this is what sometimes happens when slow-playing Aces goes wrong.

Bad beats are just a part of poker. Every player will experience one at some point - some are more upsetting than others.

But these Top 5 Ugliest Big Bad Beat hands proved crucial on some of poker’s biggest stages.