888poker investigates how the poker dream of becoming a professional has changed in modern times, and if it’s even still a reasonable career path. 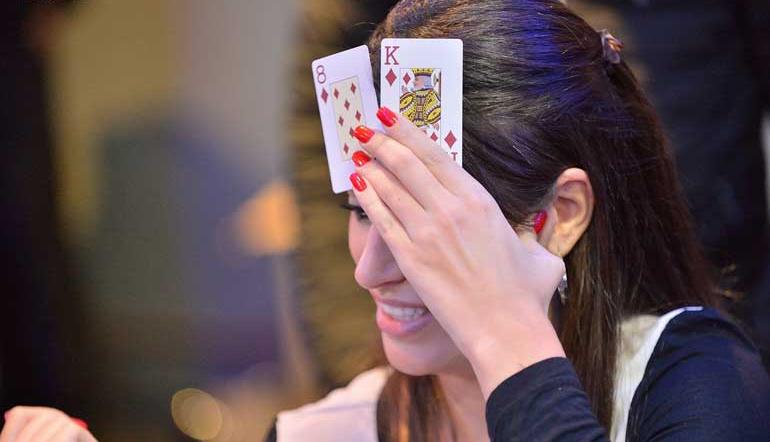 Most poker professionals do not envision this career path at any point in their childhood.  Especially before the debut of professional E-gaming and YouTube millionaires, the idea of professionally doing a pastime or hobby was laughable.

Poker was a game, and games aren't jobs! Fast forward a couple of decades, and nowadays, the dream of being a professional hobbyist is as commonplace as wanting to be a scientist or a doctor.

That doesn't mean that it's much more realistic, though!

What the Poker Dream Entails

Even within our beloved game itself, the concept of 'the poker dream' has changed significantly. In the decade after 2004, we were in the midst of the Moneymaker poker boom.

People would log into now obsolete sites sit and watch the best players in the world win and lose millions of dollars in minutes.

Usually, 'The Poker Dream' consisted of one of two things:

The plan here was to start at the micro stakes and build up to the highest stakes. You might be at nl2 now, but the goal was to climb the ranks, battling the nosebleeds with superstars such as Durrrr, Ivey, and Antonius.

Poker seemed like an easy way to make a good living, and everyone wanted a piece of the 3.142. In the old days, the tables were literally riddled with people trying to spin it up.  Their end goal? Win enough money, stick two fingers from each hand in the air, peace out, cash out and retire in the Bahamas. Sounds simple right?

This dream was more about fame than money. The idea was to win a headline tournament, get picked up by a poker site, and travel around playing the biggest tournaments in the world. And who can blame them! Sounds awesome right?

It's  much tougher to get signed these days. But back then, sponsorships were thrown around like insults at a Geordie stag do, and so live events were riddled with patched up poker pros and wannabes alike.

These days, the poker dream has evolved. It could be down to the increased difficulty of the older, more conventional versions, or more so the ease at which you can access new avenues of exposure. In any case, what does the poker dream look like these days?

Over the last few years, we've seen a massive emergence of Twitch and YouTube poker channels platforms that allow people can make their own channels and host their own poker shows. Approaches to this can vary greatly, but mostly they consist of cards-up live play with either some fun dares or some more serious coaching commentary.

Due to the ease and accessibility of these networks (as well as a rapid decline in non-streamed poker shows), I think the modern poker dream tends to revolve around these forms of content.

The beauty of the online stream dream is that it provides an easy way to ease yourself into the limelight. Followers and viewer counts also mean it's measurable, and to some extent, this makes it feel as though your destiny is a little more in your own hands. It's fun too!

There's a genuine thrill in being just one massive MTT run away from a mind-boggling audience, and you tend to play better on stream since nobody wants to look stupid on camera. Of course, the trolls are annoying, but worrying about their wrath is a great way to keep yourself focused, which will maximise your EV!

Is it the Classic Pipe Dream?

Dreaming about being a professional poker streamer is one thing, but there's a lot that goes into it. It can feel lonely when you're mostly talking to yourself for hours on end, and all while pouring a ton of brainpower into playing your best poker. Couple that with interacting with an audience and your brain can get fried quickly!

On top of everything, you'll have a lot of emotional baggage and stress to handle too. The annoying truth is that without a poker site behind you or mammoth tournament run, you're going to grow your channel super slowly at first.

There will be days when your channel doesn't grow at all and others where it may even decline in size. Additionally, the software takes a long time to get accustomed too, and there’s a lot of disappointment and frustration that goes on behind the scenes. It takes a special kind of person to keep your eyes on the prize and turn up every day with a smile on your face, especially since poker is so emotionally draining in the first place.

Downswings are gross too. Sure, tilting might be good for views, but as we all know, it'll Cripple your bottom line, So, it's hard to strike the balance of wanting to keep streaming and maintaining your tilt discipline when you have an audience to satisfy. If you have the skill and mental tenacity for it though, streaming can be very rewarding (and lucrative), especially if you're able to transition to produce YouTube and social media content too.

It’s gruelling, but it's necessary for exposure these days. If you can make it work, the rewards are fantastic. The Twitch community is outstandingly close-knit, and they look after each other.

You'll work with teams of people and have doors opened that you didn't even know existed. Talent is abundant on Twitch too, so you'll improve as a player, person and streamer in the process.

Additionally, the nosebleed online games are a real rarity these days. They're also unpredictably and far less entertaining than they used to be. There are fewer streams and televised cash games, and the buzz and community that was responsible for the prestige that came with battling with 'the best' has died down significantly.

As a result, the old guard of poker pros celebrities has died out and/or been overrun by streaming and YouTube stars. This situation has pushed things further down the route of Twitch.

High profile stories of players rising through the ranks are way more unheard of too, making the old school grinding dream feel far less attractive. Remember, poker's biggest allure was how easy and sexy it looked. This angle is far less publicised these days since most players appreciate how difficult and complicated playing professional poker is.

In its place,  streaming has adopted the perceived glitz and glamour that appealed to the old school dreamers, and that's why it's proving so popular as the quintessential modern poker dream. It takes a lot more work to get to the top of the poker pile these days, and this puts a lot of people off.

Streaming seems like an easier option. Moreover, most people that are smart enough to climb from the micro to the elite stakes probably have the self-awareness to realise that there's EV in flying below the radar.

To some extent, the old school poker dreams are still alive, but it's clear to see that streaming has become the 'go-to' approach for anyone with aspirations of poker stardom.