Las Vegas is awash with low stakes cash games and exploitable players. We show you the opponents you’ll be looking to apprehend at the tables… 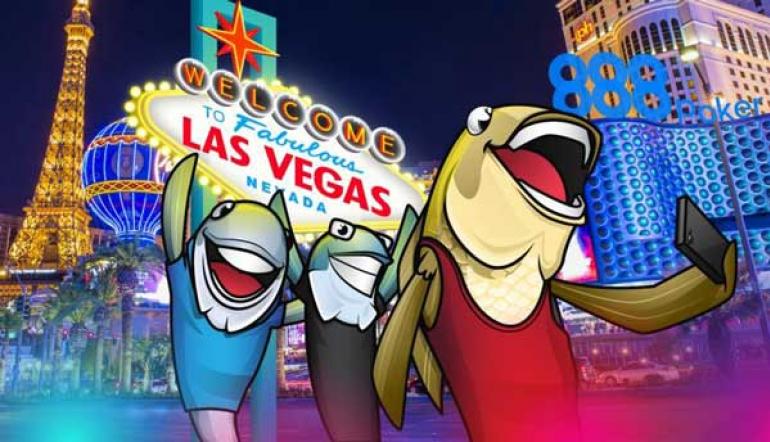 Not much beats zoning out in the greatest town on earth and killing an hour or 14 in a lively cash game. Keep your focus, play hard, and the other patrons may even pay you a few hundred dollars for your trouble. That’s because the standard, in general, isn’t very high and you can make money just by playing good, solid, no-limit hold’em.

This, then, is a guide to beating the lower limit games (up to $2/$5) so that the next time you head to Sin City – or the first time for that matter – you can crush the loose and wild action without breaking sweat.

One of the main reasons you should play is that the standard and range of players in Vegas live cash games is probably more diverse than in any other cardroom or casino on the planet. You’re likely to face everyone from the young gun who’s killing the online games playing live for the first time, through to a drunk party guy whose looking to kill a couple of hours before meeting his buddies. If you’re playing $2/$5 or below you’re unlikely to face too many excellent players, but you will find people looking to grind out a living.

Success in these games is very dependent on game selection – because the games vary so much – but also on targeting your opponents and understanding how they differ in their approaches to the game.

For this reason, and also because it’s a lot of fun, we’re going to generalise about some player types, looking at how to extract money from each of them. But before we get started, here’s one vital tip to bear in mind: make sure you talk to people at the table. You should do this because it makes you seem friendlier, so people will mind less when they give you their money, but most importantly you’ll get stacks of free information about how people play and their level of experience.

During the day, the cash games are populated by older players, many of whom have retired to Vegas and are either looking for some relaxation or some extra cash to supplement their incomes. Occasionally you’ll come across an experienced guy who plays well, but in general it’s Nit City. If these players re-raise preflop put them on exactly a big pair, and if they come to life with a raise on the turn put them on top two-pair as a minimum. They very rarely make moves and almost always just play based on the strength of their hands. It’s more than possible to bluff these players – especially in situations where the board gets scary (e.g. a flush becomes possible) – as they’ll live by the ‘don’t go broke with one pair’ fallacy. Attack them when they show weakness, respect their raises, and you’ll make plenty off them.

‘Grinding pro’ almost sounds like a derogatory term – in fact it’s anything but. Anyone who makes a living from live poker is entitled to respect. These players are very rare in the $1/$2 or $1/$3 games, but you’ll meet them in the $2/$5 games. Often a pro will be obvious by their demeanour at the table – they’re relaxed, know all the dealers and so on – if not through their play. There really isn’t too much to be gained by tangling with these guys as they’ll be some of your tougher opponents at the table. Sometimes they play too predictably and you can make moves on them, but there are far softer targets for you to fire at.

A lot of young people play poker now, but don’t be fooled by the shades/earphones combination, as these accouterments are no guarantee of poker competence. In fact, the young players you often need to watch out for are clean cut, sandal-wearing, nice college kids, who look a bit geekier. Young players tend to be more aggressive, making moves like three-betting a larger range preflop and playing draws faster. It’s worth talking to them and trying to weed out the casual poker-playing groupie from the online multi-tabling pro who’s taking a break in Vegas.

This is a huge generalisation, but it’s largely true to say that live European players are a higher standard than US live players. There seems to be one big specific difference, and that is that European players love to bluff and make moves. In reality, there really isn’t much bluffing in low stakes live cash games in Vegas, but that can all change if you’re playing a decent European player. Treat them on a case-by-case basis, but if they tell you playing is a big part of why they’ve made the trip, it’s often a sign they’ll be better than the average player in the game. If you do play with one in Vegas bear in mind that locals in low stakes games almost never check-raise as a bluff; in Europe it’s par for the course.

Stereotypes about female players are much less useful than they used to be, as so many more of them now play to a much higher standard. Many of them play badly too, but that’s because most people play badly regardless of gender. One thing to bear in mind is that a lot of male players make the mistake of trying to bully female players. Once a woman has even a small amount of experience she knows guys will do this and will call down lightly. Don’t fall into this trap.

There are also some very attractive women who play poker in Vegas, so make sure you’re not distracted by them or feel the need to be ‘nice’. They’re only after one thing – your money! Play your ‘A’ game and don’t let them get it.

Every so often you’ll play with someone looking to get into a bigger game. These players can be a goldmine. You need to be careful, though, because they might be better than you, but it’s amazing how many times a really good player will sit down in a lower game than normal and blow off a few hundred because they’re not taking it seriously. In general you should call down with weaker hands than normal against these players, and look to value-bet against them more as they will be looking to splash their chips around.

Often you’ll run into players who want to play every pot and run over the table. They tend to be younger guys, often with big mouths and always with big egos, who want to prove they’re the next superstar. It’s fine to stay out of their way if you don’t want to make big decisions with marginal hands, but going after them is much more fun, as they’re often not playing too well. Try and get position on them, call them down light, and re-raise them with anything decent – you can make good profit from these crazies.

Vegas is full of boozy tourists who will make their way into your cash game. Make sure you make it a fun place to be. Talk to them, humour them, maybe even order a drink – do whatever it takes to get them to stay. Obviously you want to try to play pots with them once they’re in your game because they’re there to have fun and likely to be betting, raising and bluffing a decent amount. So don’t be afraid to get your money in lighter than you usually would, because one or two of these guys could pay for your whole trip!

Game selection – do your homework and rake in the cash

Where and when you play is vital to your success. It’s very unlikely you’ll find a ‘tough’ $1/$2 or $1/$3 game, but once you get to $2/$5 the standard varies enormously, from casual players looking to gamble, through to experienced grinders.

As a general rule of thumb, the smaller cardrooms have softer games than the more established casinos. This is balanced, though, by the greater choice of games in the bigger rooms, and the fact they’re more likely to have automatic card shufflers in the tables, so you get dealt more hands in per hour. At $1/$2 and $1/$3 you should be fine anywhere, but Treasure Island, the Venetian and the MGM Grand are particularly good.

As you’d expect the games tend to be softer and looser in the evening than during the day. Having said that, daytime games tend to be populated by older players who have a tight, predictable style that’s easy to exploit. Of course, if you can bear staying up until the small hours the games can become excellent, as players become tired, drunk, or even better, both!

In Vegas the time of week is also vital. During the week there are far fewer casual players and less action. This means the games are tougher, although many of the players are tight-weak and can be easily beaten. At the weekend, especially in the evening, you’ll be able to find plenty of loose-drunk players and all the action you can handle.