After making a name for herself in the summer of 2017, Brazil’s Vivian “Vivi” Saliba was welcomed to the 888poker team. That year, at just 24 years old, she became the youngest female to enter the World Series of Poker Main Event, which she jumped into after notching a career-best $47,923 in Event #54: $10,000 Pot-Limit Omaha Championship. It was just her second time at the WSOP, and her first playing the Main Event. She finished in 421st place for $27,743, and thanks to some airtime on Poker Go, her popularity in Brazil exploded. Saliba first learned poker at the age of 12 playing on a family trip. Six years later, her dad took her to a Brazilian card club and she was attracted to the social aspects of the game. Five years after that, Sailba turned pro with a focus on her favorite game, pot-limit Omaha. In late 2017, she won the 888poker LIVE London Ladies Event, and officially joined the 888poker team while at King’s Casino in Rozvadov competing in the World Series of Poker Europe. It was there that she finished 30th in Event #2: €550 Pot-Limit Omaha for €1,341/$1,580, 46th in Event #3: €1,100 NLHE Super Turbo Bounty for €1,104/$1,298, and 59th in the Main Event for €16,710/$19,442. As of December 2021, she has $636,287 in lifetime tournament earnings according to The Hendon Mob. That includes a career-best $308,888 for finishing fourth in the 2019 WSOP Event #64: $888 Crazy Eights. Always wearing a smile at the tables, Saliba represents a core value of ours here at 888poker – fun. The poker world is sure to see a lot more from Saliba in the future, and we are extremely excited to have her on our team. If you want to follow Saliba’s adventures as an 888poker Ambassador, be sure to follow her on social media. She loves to post on Instagram @vivi.saliba and you can follow her on Twitter @visaliba

The first two splurges she made with her poker winnings were getting plastic surgery and buying a car.

She had four years of step dance lessons as a kid. She still likes to bust a move or two when no one is looking.

She used to play football (or soccer as Americans call it).

In her younger days, she went through a heavy metal phase.

She had pink hair for a while. 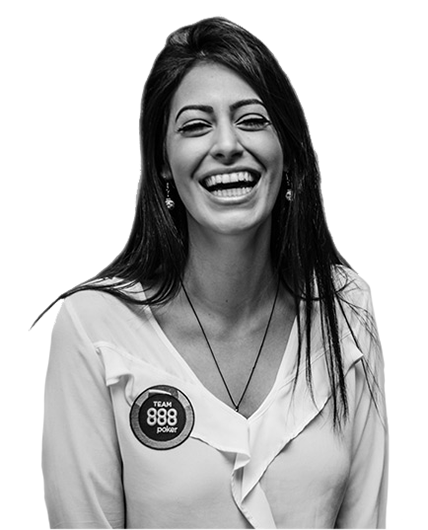