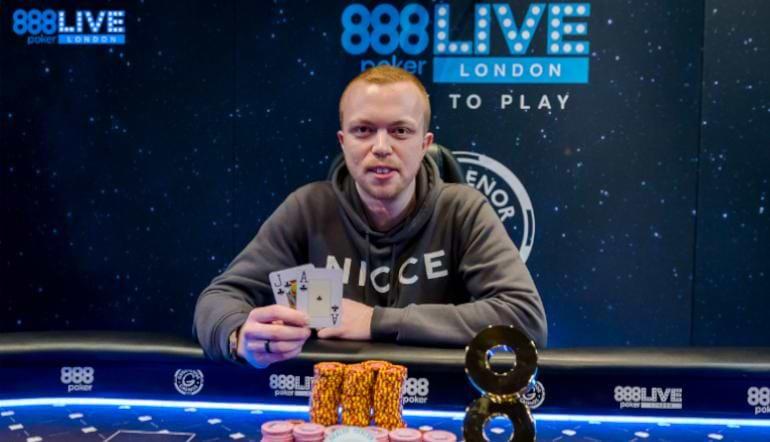 888poker LIVE returned to the iconic Victoria Casino poker room from 17 – 20 February for a weekend jampacked with poker and other festivities. 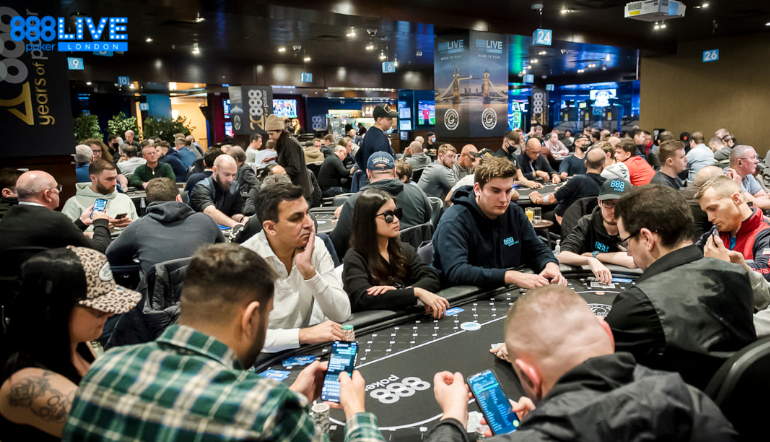 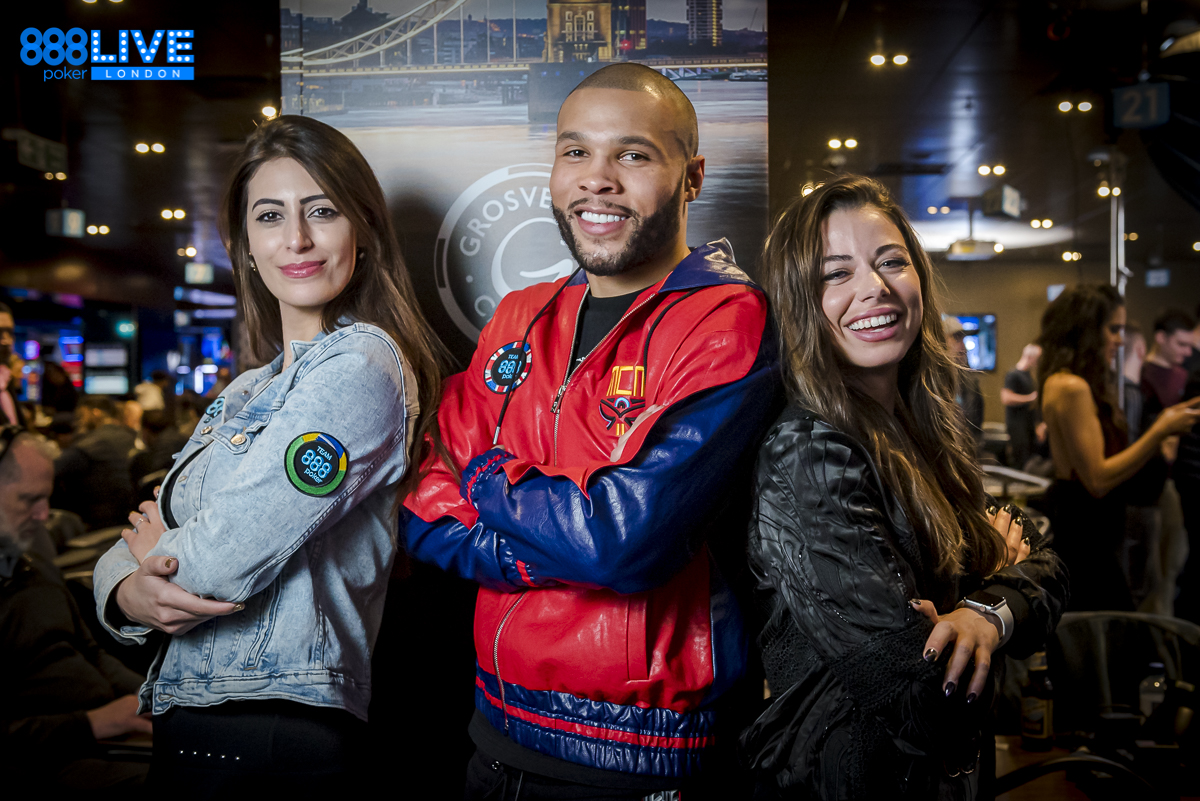 Four of the Qualifiers made the final table, where they pitted their wits against one of boxing’s most lethal players. Chris’ his poker chops aren’t anything to sneeze at either!

Chris eventually found himself all-in on a diamond-draw flop holding 3♦2♦. He hit the third diamond on the turn. But his opponent in the hand, Salvatore Sciarotta, held the A♦.

You could feel all the air go out of the room as the fourth diamond fell on the river. 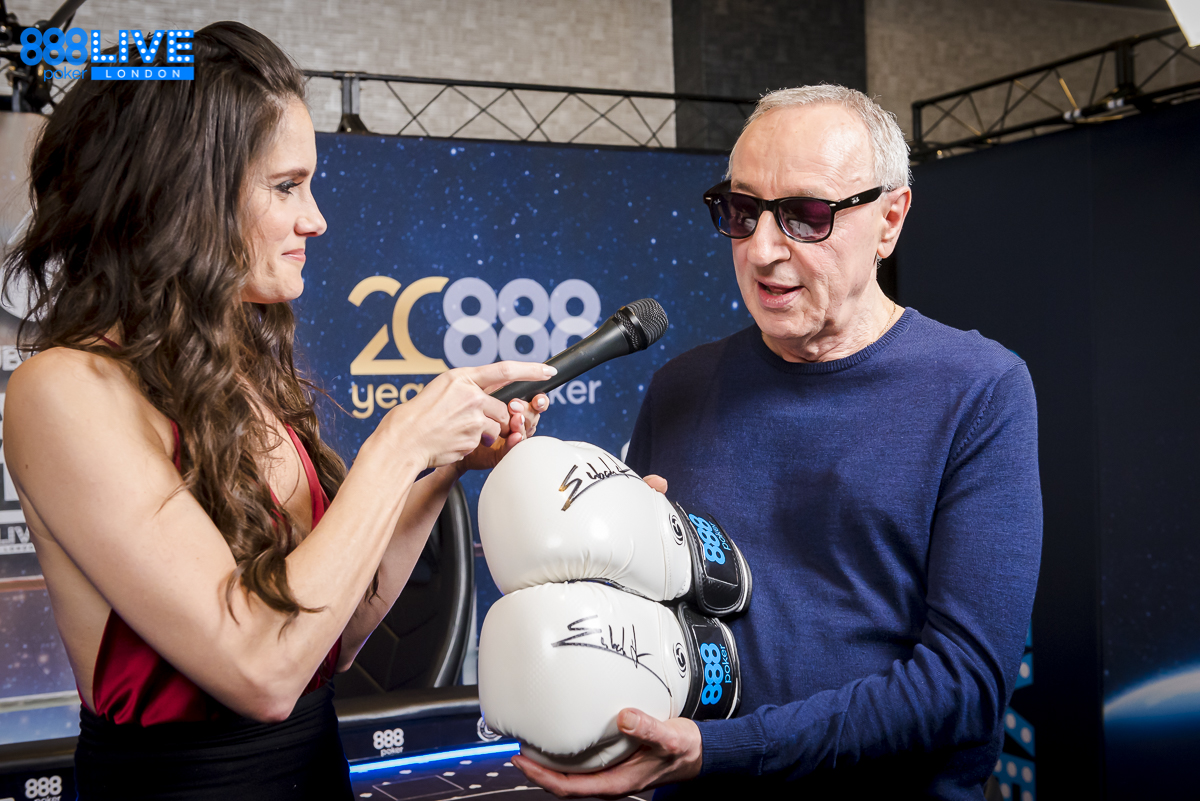 Salvatore won the hand and collected his bounty. But not before going heads-up with the StreamTeam’s David Gibson for the tournament win.

Ultimately, it was David Gibson’s scintillating heads-up play that won out. Backed up by a wild and very vocal rail, it seemed like Dave was on a date with destiny.

He took top cash as well as some snazzy 888poker swag for his efforts! 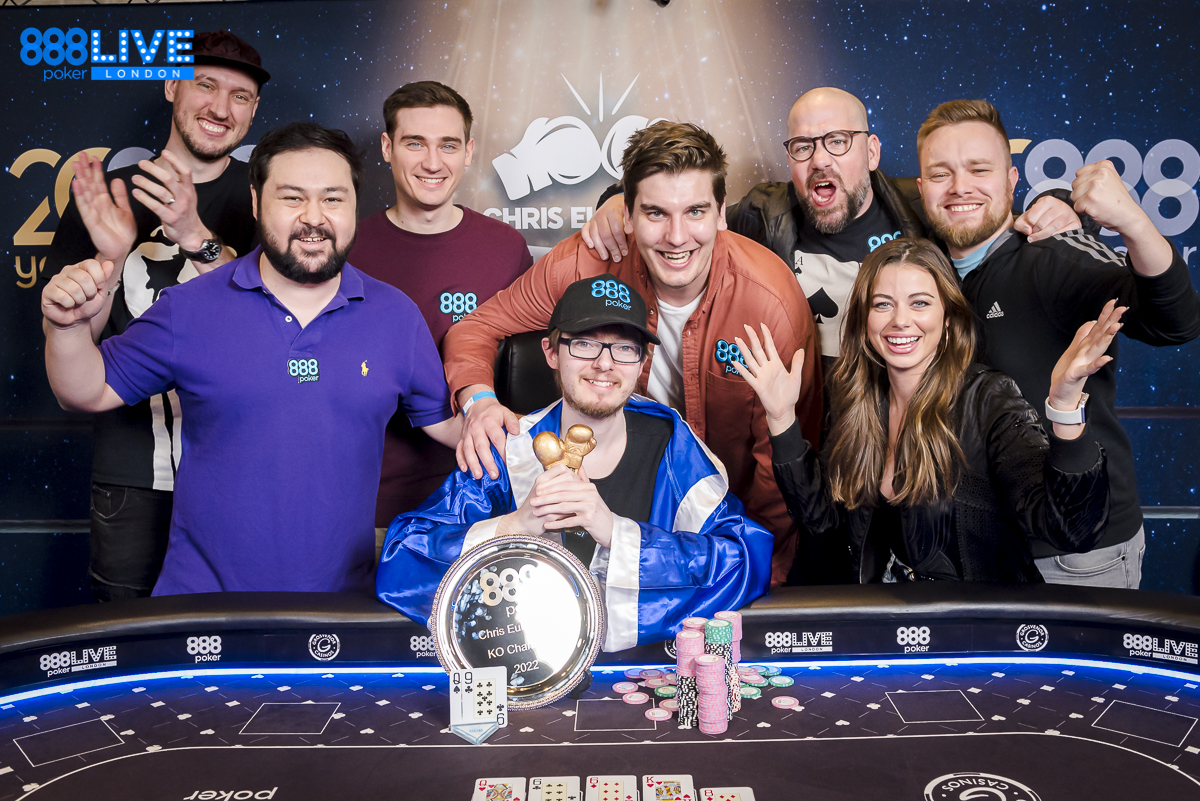 Most of the 888poker LIVE Weekend London event was live-streamed on the Twitch 888pokerTV channel.

On Saturday, we got all the StreamTeam together – many of them meeting for the first time in person – for a special Play With Friends episode.

The team were able to bond over a friendly game of poker. But make no mistake, friendship aside - each and every one of them wanted this win - badly! 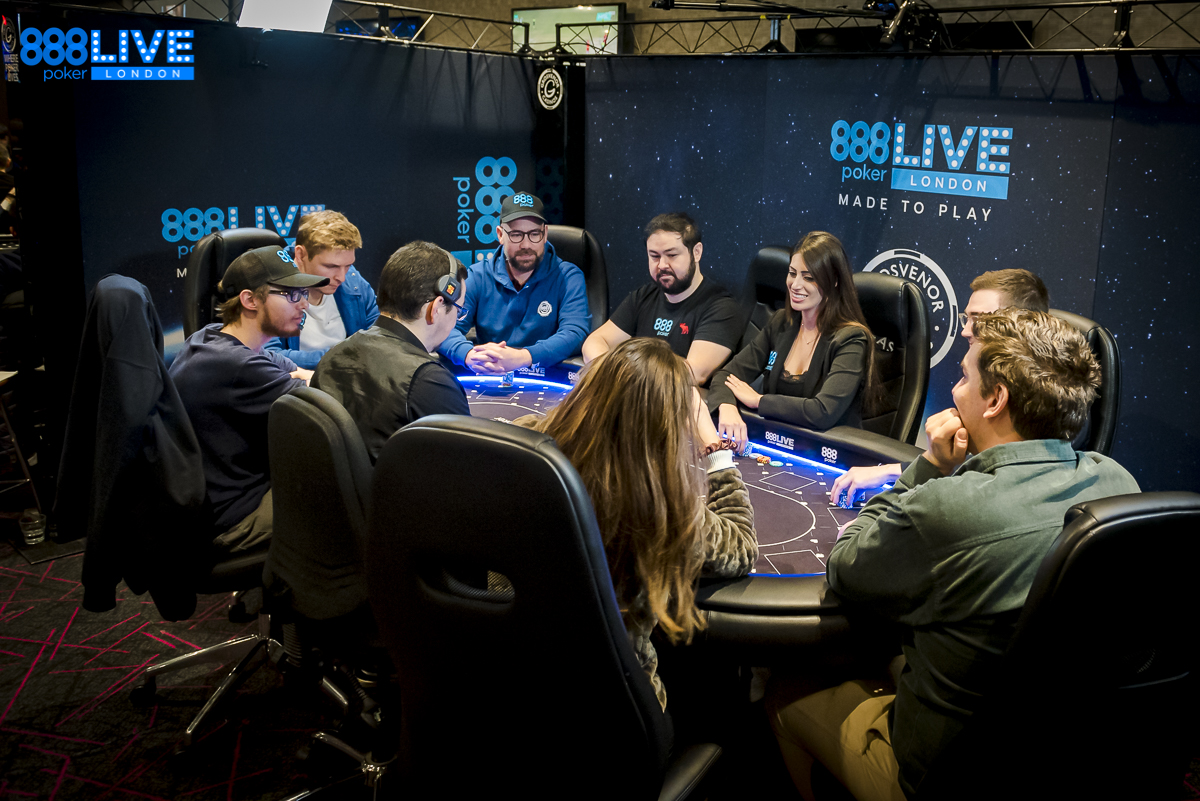 It took just 1 ½ hours of play to crown a winner. The title and bragging rights went to our Portuguese streamer, Ricardo Mateus.

His win includes an invite to our next 888poker LIVE event later this year. 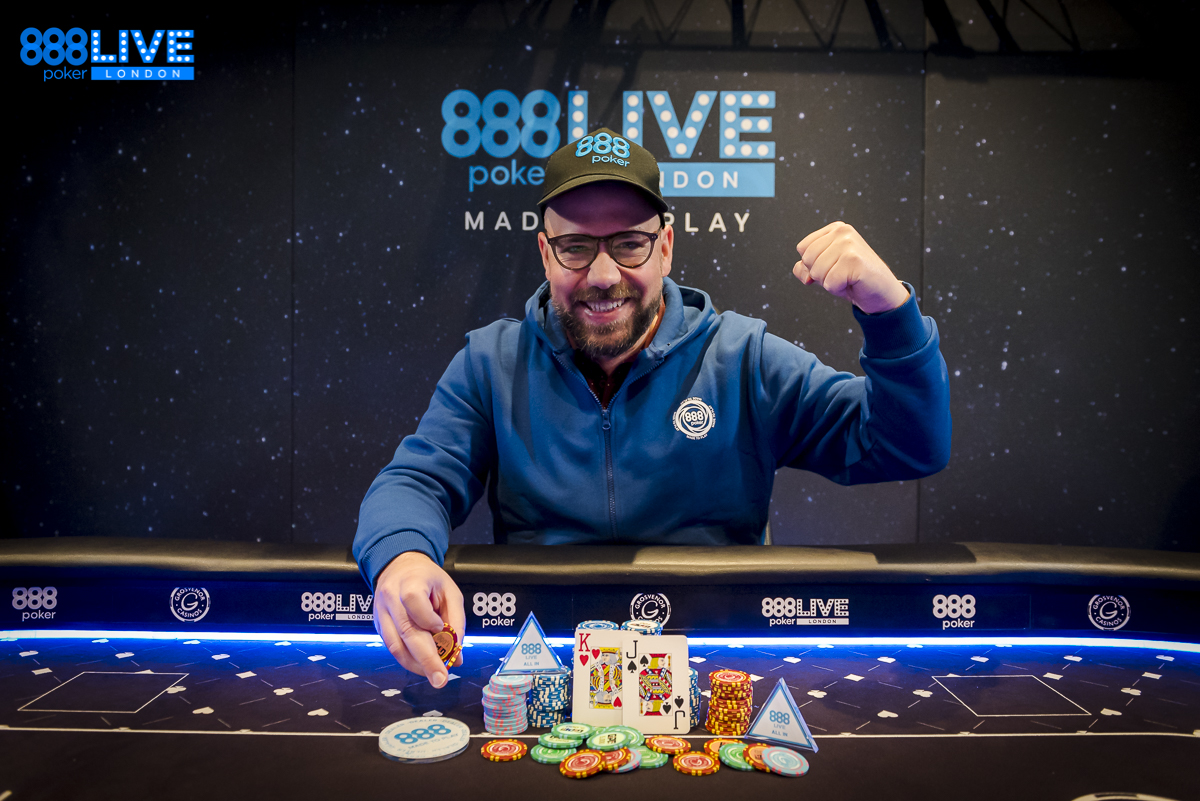 The Main Event Goes Down a Storm!

Despite the inclement weather conditions, the 888poker LIVE Weekend London Main Event went down a storm!

Day 1 entries were whittled down to 155 runners surviving to play Day 2. Day 1A was played the day before at Grosvenor Casino’s Luton location.

Here’s how the numbers at The VIC location stacked up –

Of the 155 Day 2 players, by midnight UK time, we had whittled that down to a final table of nine. 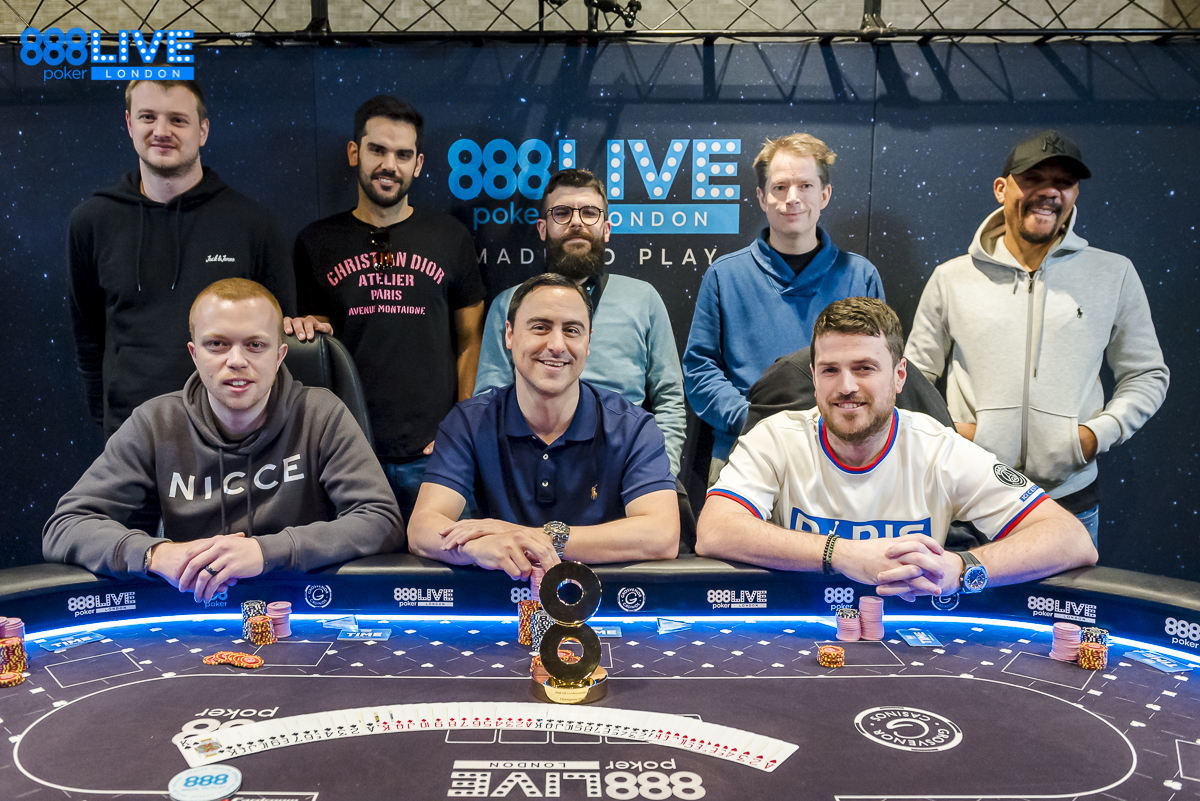 The battle for the top prize at the final table was hard-fought. It took around four hours for local Londoner Joe Hindry to bag the £60,000 first-place money, the title and the trophy.

Much respect must go to his heads-up opponent, Brazilian Rodrigo Gwaderaaze.

We had a blast at this event, and we’re already looking forward to the next one.

Until then, see you on the felt! 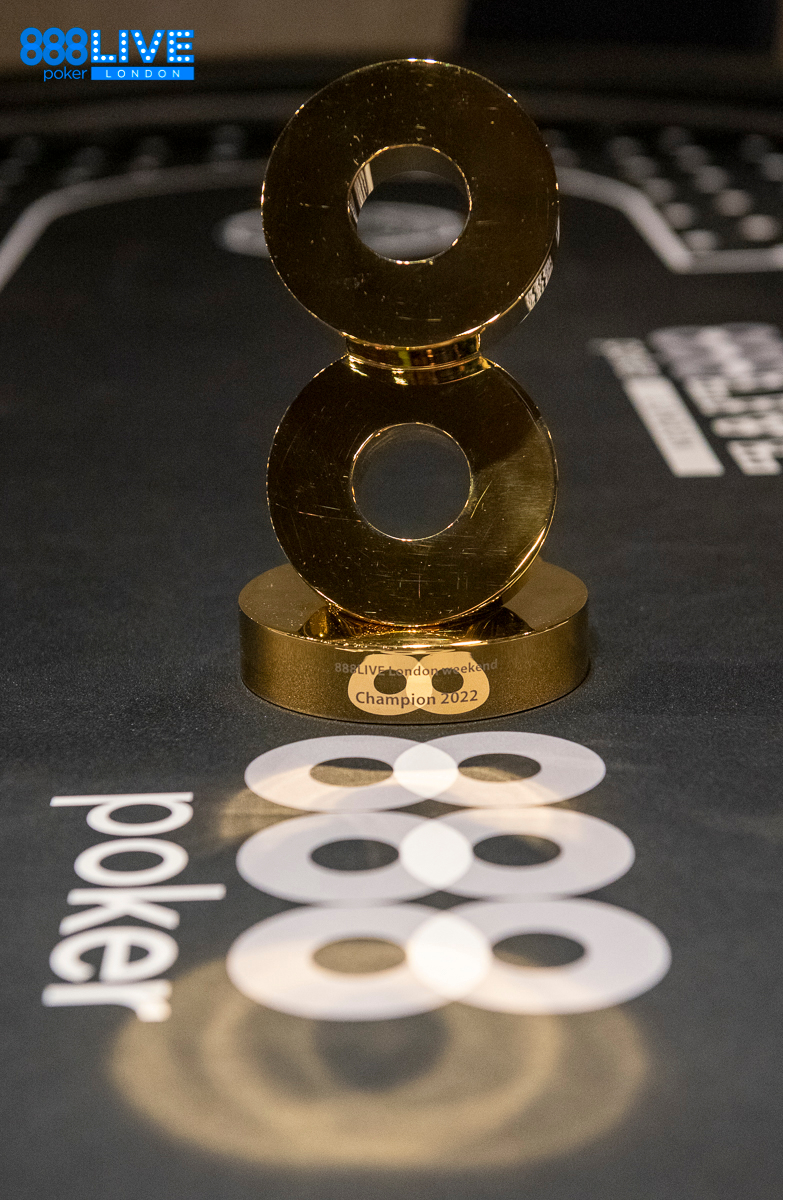