On 6 January, 888poker LIVE London headed to The VIC for an amazing 12 days packed with poker! The event delivered on its promise of massive prize pools! On 6 January 2022, 888poker LIVE Festival headed to The VIC Casino – The Poker Room UK for an amazing twelve days packed with poker action!

The 12-day event promised a tournament series offering massive prize pools with a multi-flight Main Event capping off the action. And, boy, did we deliver!

With 888poker celebrating its 20th anniversary this year, you knew that this event would prove to be special – despite the challenges!

We were delighted to celebrate our 20th anniversary by appointing former two-time IBO-super middleweight world champion Chris Eubank Jr. as our new Cultural Ambassador. We made the announcement on 13 January during the 888poker LIVE London Festival.

Chris, who is currently ranked number one by the World Boxing Association and BoxRec’s in the global middleweight division, is an avid and highly-skilled poker player outside of the ring,

He has played in high-stakes poker games around the world. We look forward to welcoming him at the 888poker virtual and live poker tables! Kicking Things Off with the Opening Event

The series kicked off on 6 January with the much-anticipated Opening Event. The tournament had a £444 buy-in with a 30,000 starting stack and a 40-minute clock. The Voyage Takes You On a Journey

Taking top honours this time around was Mahamd Altarikt, who survived the 141-entry field to walk away with a £4,455 top prize! The Turbo Deepstack Turns Things Up a Notch

By 10 January, things were truly starting to heat up in the 888poker LIVE London Festival. Enter the Turbo Deepstack with its very affordable (and appropriately set) £88 buy-in 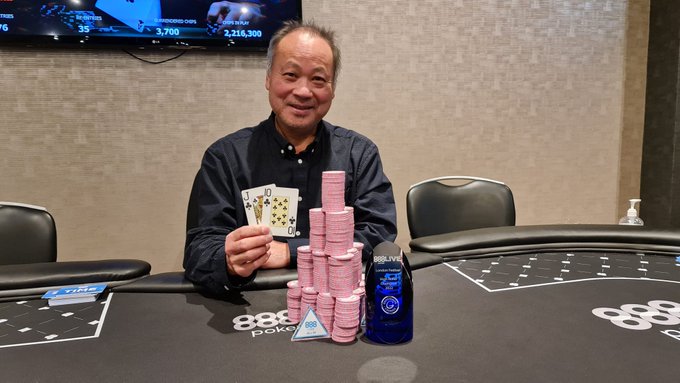 The Big Shot Shoots for the Stars

The Big Shot is an 888poker online tournament staple and extremely popular on the poker client. As part of the new, revamped collection, this tournament is made for the everyman poker player!

The live version of this tournament proved to be just as attractive to the players who made their way to The VIC Poker Room UK on 11 January. Aiming High in the HIGH ROLLER

The 888poker LIVE London High Roller was a special event. The event attracted 93 entries to record a very respectable prize pool of £186,000.

The higher £2,200 buy-in didn’t deter players from flocking to this tourney – including some well-known names on the UK poker circuit.

Luke Schwartz was the final table bubble boy, finishing in 10th place for a respectable £4,650. London local Terry Jordon fared a little better, making the final nine but falling short of the top prize. He did bag £9,300 for his sixth-place finish, 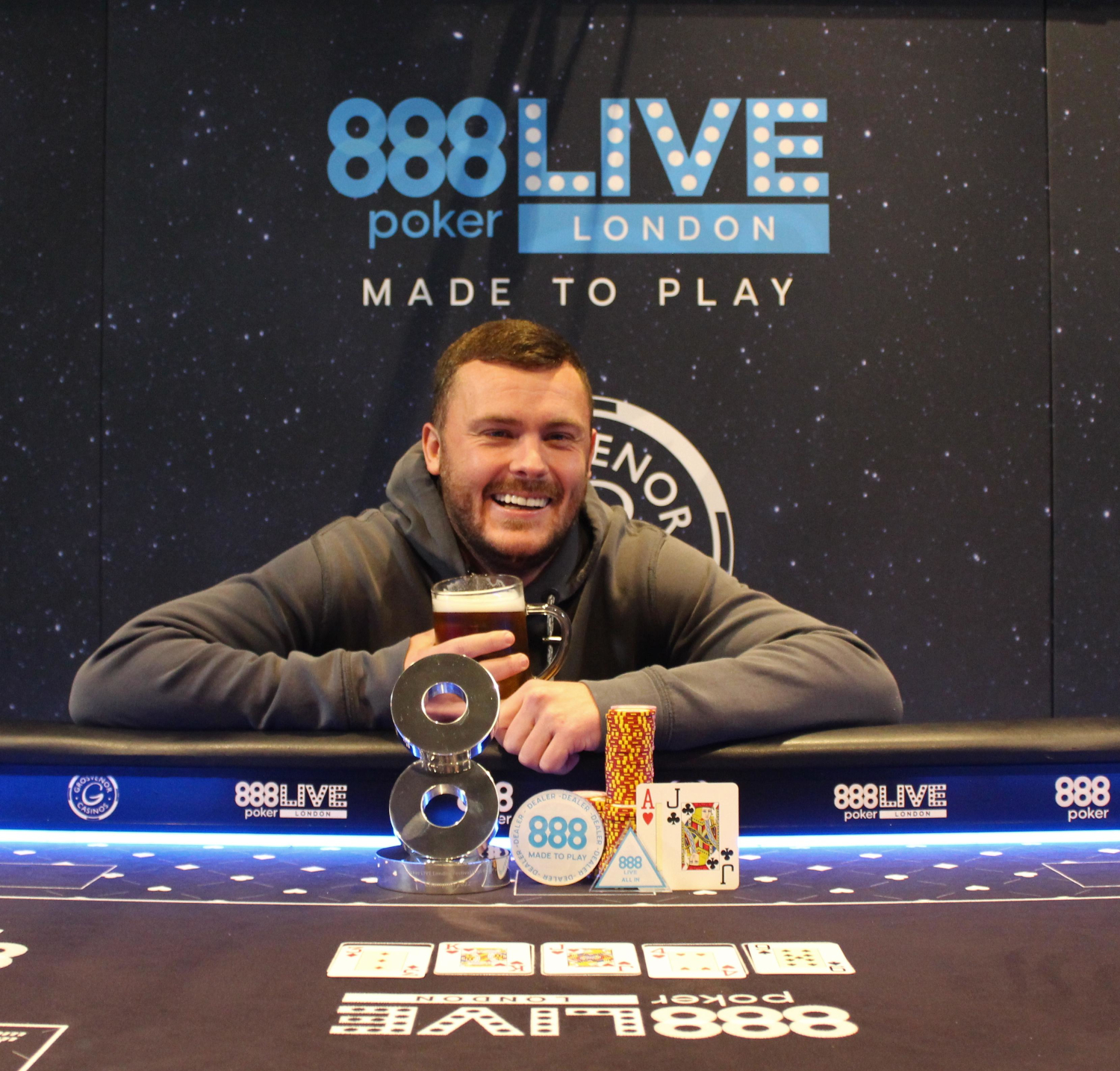 Bring On the Main Event

The jewel in the crown of the series was the 888poker LIVE London multi-flight Main Event. With five Day 1’s to choose from, this event was destined to be a crowd puller!

Everyone was vying this beauty below, and it looked like the prize pool numbers were going to be pretty amazing too! 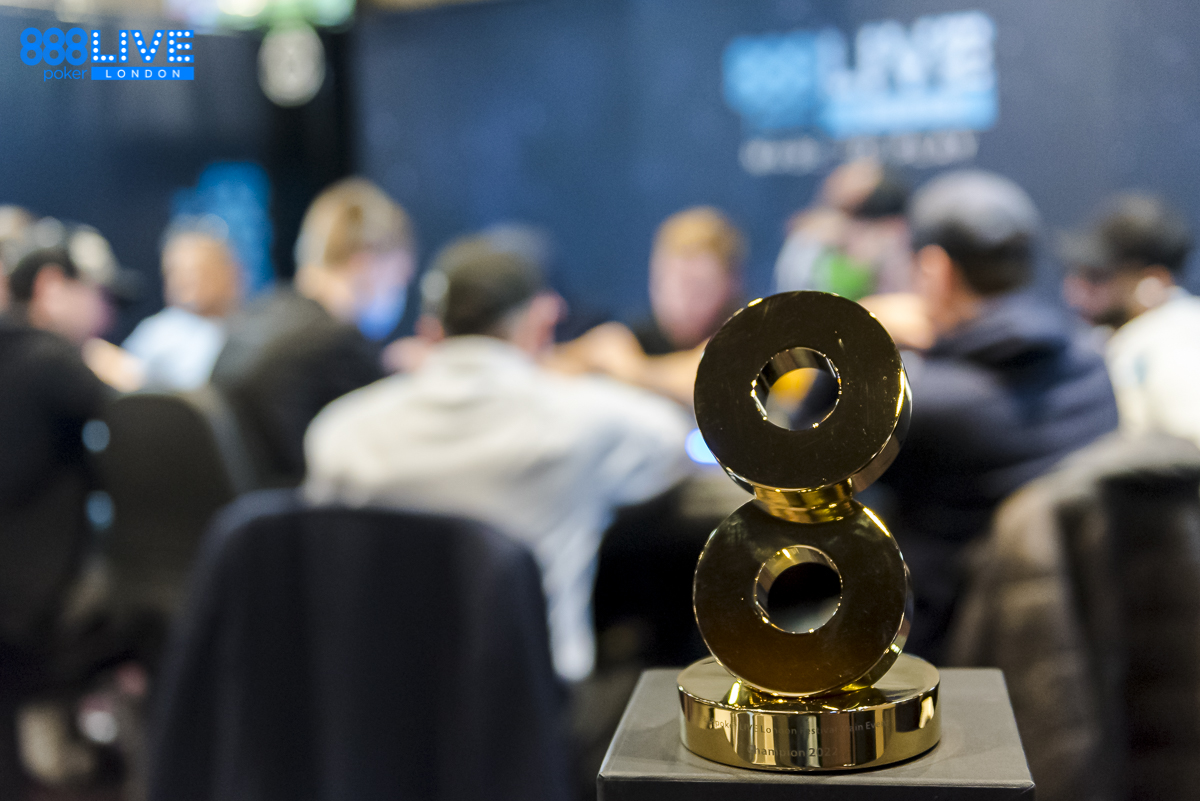 Day 1A saw Terry Jordon back at the tables – although he wasn’t as fortunate this time around. He did hit an 888 full house, netting him the poker pot and a rather snazzy 888poker LIVE London Kit.

All in all, 90 entries played Day 1A, with 14 players making it through to Sunday’s Day 2.

On Friday, 14 January, Day 1B at Grosvenor Casino’s The Poker Room UK saw another 145 entries make it into the prize pool, with 20 going through to Day 2.

The Day 1C Turbo got underway with a few poker heavyweights taking their seats at the poker table. The 888poker LIVE Main Event proved to be a massive success, with a total of

We entered Day 2 with 122 runners remaining – Day 2 saw the field whittled to just 13 players who came back to play down to a winner on the final Day 3!

Here are the chip counts and seat draws are the start of Day 3: 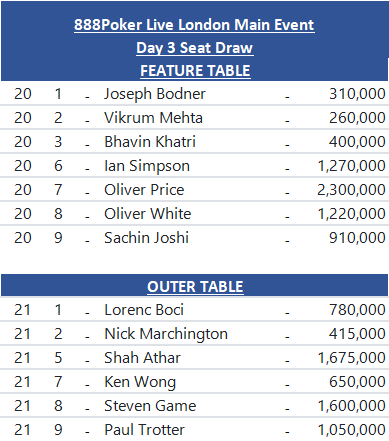 The final fable action saw the following players at Grosvenor Casino’s The VIC Poker Room UK, battling it out for the top prize of £126,340. After a couple of hours of play, Joseph Bodner went out in ninth. He had entered the day as the short-stack, but his finish was still good for £6.160.

Next to fall short was Nick Marchington. He ran Pocket Sevens into the Jacks of Bhav Khatri. His 8th place netted him a £7,190 payday!

Steven Game shoved all-in with A-K and was called by Oliver Price holding J-J. Both players whiff on the board as Ollie's Jacks hold. Steven Game went out in 7th place for £9,750! Shah could even flip the script on Bhav in one hand!

With both players going for it, Bhav’s KsJh vs Shah’s Ac5s – Shah had the edge.

But the window card on the turn and the gutter Ten on the river did Shah’s A5 in – crowning Bhav as the latest 888poker LIVE Champ! The 888poker LIVE London Omaha Event saw 76 entries in a £180 buy-in tournament. The £13,680 prize pool was respectable, with Pradeep Davis prevailing to take home the trophy and a decent payday of £4,180! The Ladies Event is always loads of fun, and this one proved to be no different! 34 lucky ladies bought into this £50 event

Cheryl Gale ultimately took down the 888oker LIVE London Ladies Event for £350! Not bad for a night’s work! 888poker LIVE London was an absolute blast! See you at the next live event!