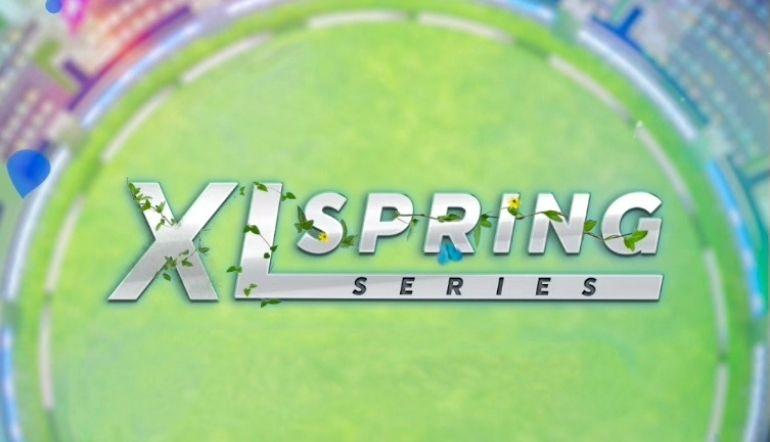 The inaugural XL Spring Series that kicked off on 888poker is in the books!

After a week of play the following things occurred –

The 25 titles were spread across players from eight counties. Brazil led the way with five victories, while the United Kingdom, Canada, and Russia weren’t far behind with four apiece.

Both Ukraine and Germany had three titles to their credit, while Belarus and Denmark each had one.

Here are the highlights from the latter half of the 2021 XL Spring Series on 888poker.

888poker Ambassadors Sofia “sofialovgren” Lövgren and 888poker Streamer Josh “PumpkinKing” Manley were both in action but failed to make the money. 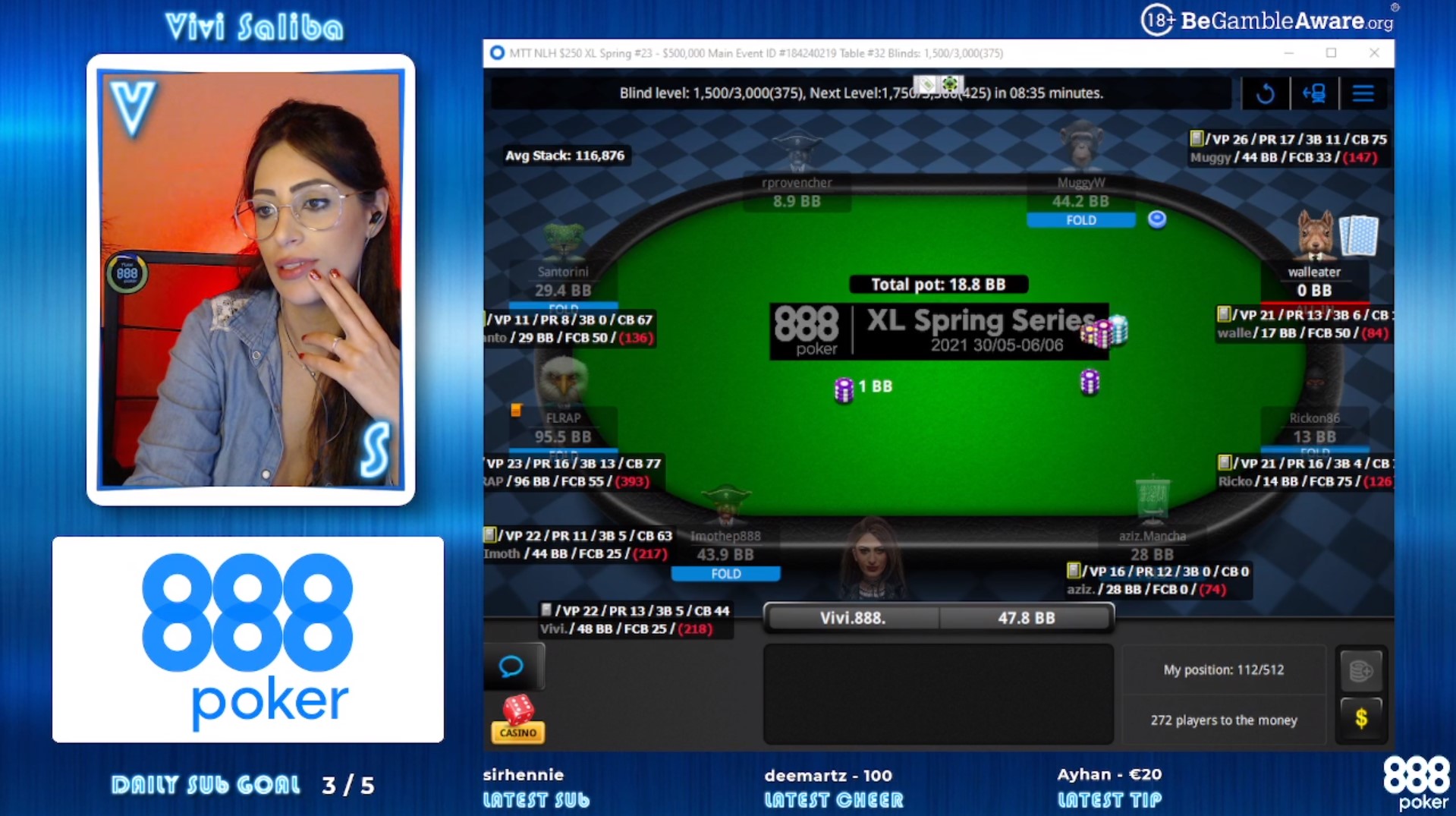 Nitsche notched a min-cash while Saliba was the last ambassador standing, ultimately finishing in 86th place for $1,050.

She was called by “GlobalHappi”, who had the A♥3♦ in the small blind.

It happened after “KiddPT” shoved from the big blind with king-jack off-suit and Padilha called off from the big with the A♦10♦. Unfortunately for Padilha, a king spiked on the river to send him to the virtual rail in fifth place for $20,300.

At that point, “KiddPT” held a nearly 30 million in chips with four remaining. Denis "_DENGER_" Kuznetsov was the short stack with 4.5 million, just four big blinds.

But Kuznetsov would bounce back, eliminate the next two players, and make it to heads-up play against “KiddPT” before winning a big race. 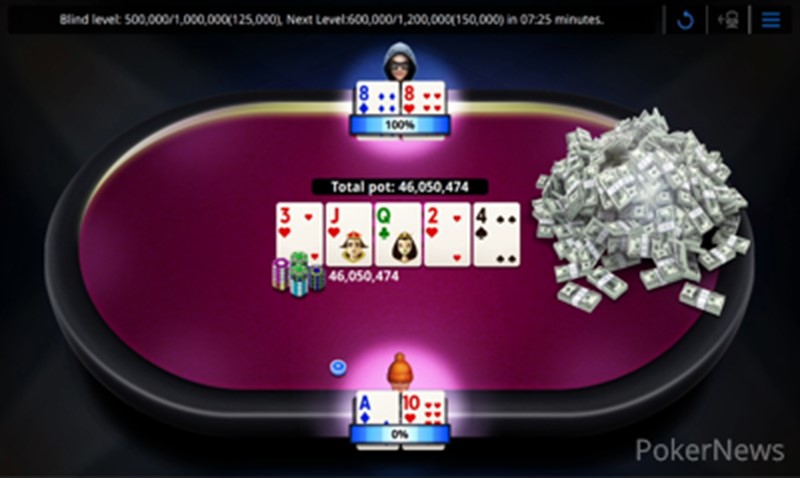 Kuznetsov called off with the 8♥8♦. The board ran out 3♥J♥Q♣2♥4♠ and Kuznetsov’s snowmen held to double big.

“KiddPT” was left short, doubled, and then a few hands later got their last seven Bigs in with the Q♠6♥ and lost another race.

This time he came up short to the pocket fives of Kuznetsov. “KiddPT” earned $50,400 for finishing as runner-up while Kuznetsov became champion for $69,050.

Trio of PKO Events on Thursday

Among those to cash were the following players –

After 7 hours and 34 minutes of play, it was Germany’s “kalkiyali” besting Ukraine’s “tenshj”in heads-up play. 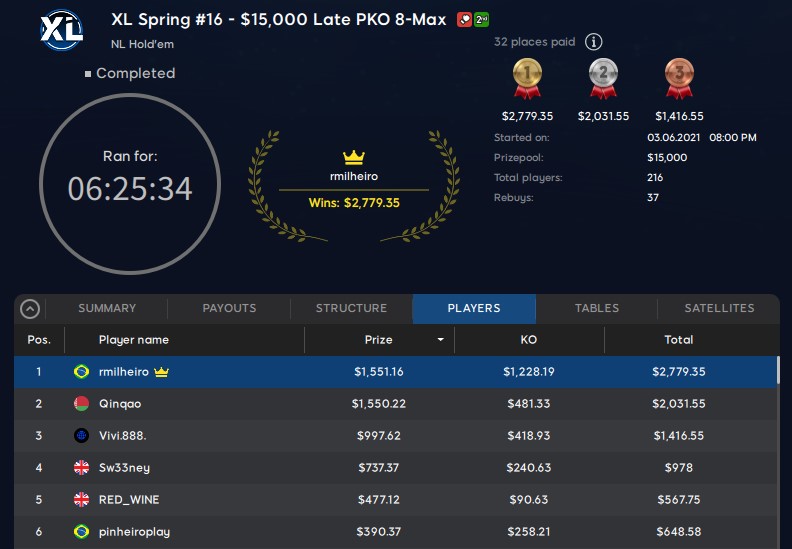 Emerging victorious over the 816-entry field was Canada’s “algsxr” taking down $2,414.62 in prize money.

Among those to make deep runs were the following players –

After nearly nine hours of play, it was Germany’s “Edi0908” defeating “dothehessel” in heads-up play to claim the title and accompanying $5,880.39 first-place prize.

Capturing the fourth title for the Canadian contingent was “averygrande”, who won $2,445.88 in prize money.

Ultimately claiming the title was Denmark’s “Farzi1279”, who added $2,546.19 to their bankroll for doing the deed. 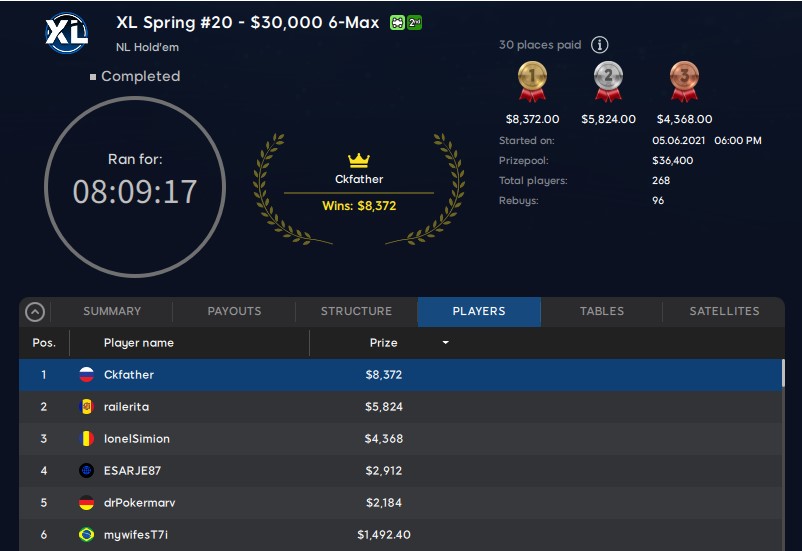 That resulted in a $36,400 prize pool paid out to the top 30 finishers including the following, just to name a few –

It took just over eight hours of play for Russia’s “CKfather” to defeat Moldova’s “railerita” in heads-up play to win a $8,372 top prize.